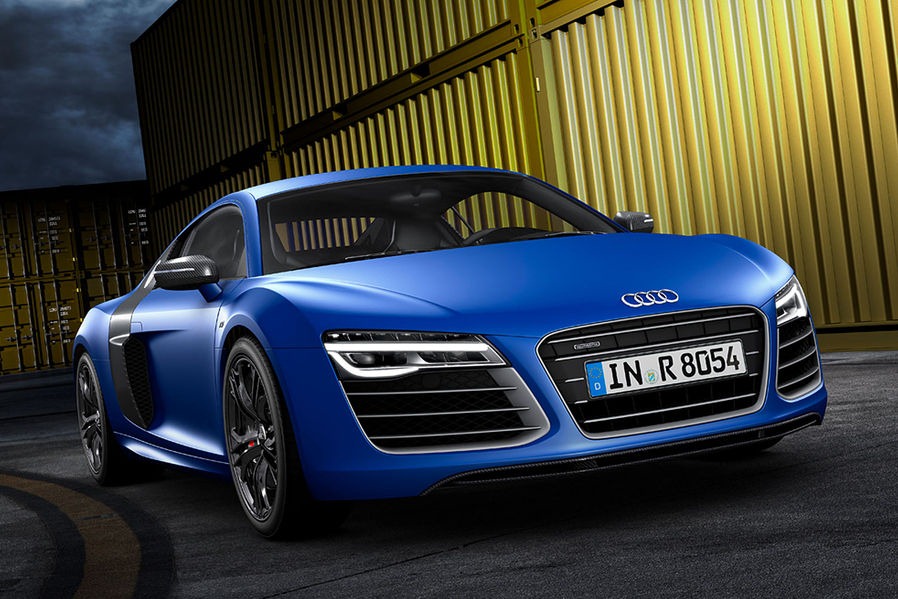 Since its early launch 7 years ago, the R8 has been Audi’s flagship two seat sports car. So far, Audi has introduced several changes in the car including the addition of an optional V10, the roofless Spyder, and the sportier GT model. But this year, Audi has gone all out to completely stun us with its finest touches as they gave the car its first makeover including a seven-speed S-tronic transmission, a subtle styling changes and a new flagship V10 Plus model. Another aspect to which makeover reached is the lights. The LED leadlights and taillights have been redesigned and no more they are like the standard models. And of course, changes reached the front bumper and grille and the new larger diffuser and new circular tailpipes are kind of hard not to notice.
The most epic change that hit the new 2013 model is the seven-speed S-tronic transmission. The new transmission features two multi-plate clutches. The new 7-speed S-tronic transmission is, as Audi claims, faster to reach 60 miles per hour by three-tenths of a second than the 6 speed manual transmission, which is still available as well.

The new 2013 R8 V10 Plus comes with the same carbon fiber reinforced plastic used on the R8 GT and it is Audi’s new thundering monster. The 5.2 liter V10 produces 398 pound-feet torque and a sum of 550 horsepower which allows the car to reach 100km/h in 3.5s and top speed of 317 km/h (197 mph). The European models are expected to be available by the end of the year while the American model will be introduced shortly thereafter with prices starting from $210,000. 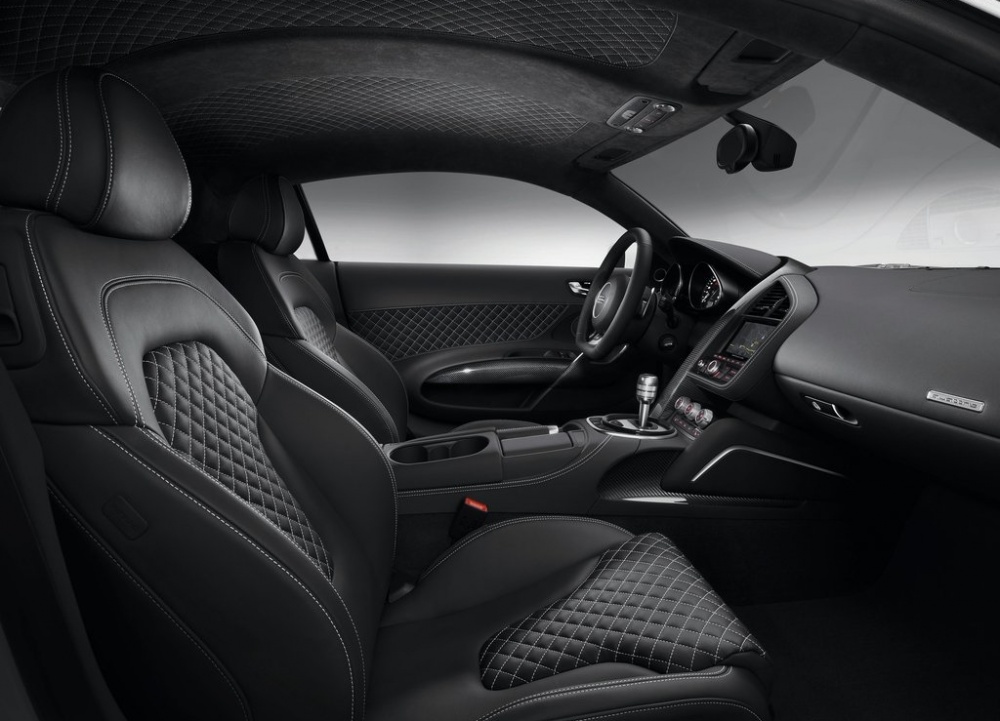 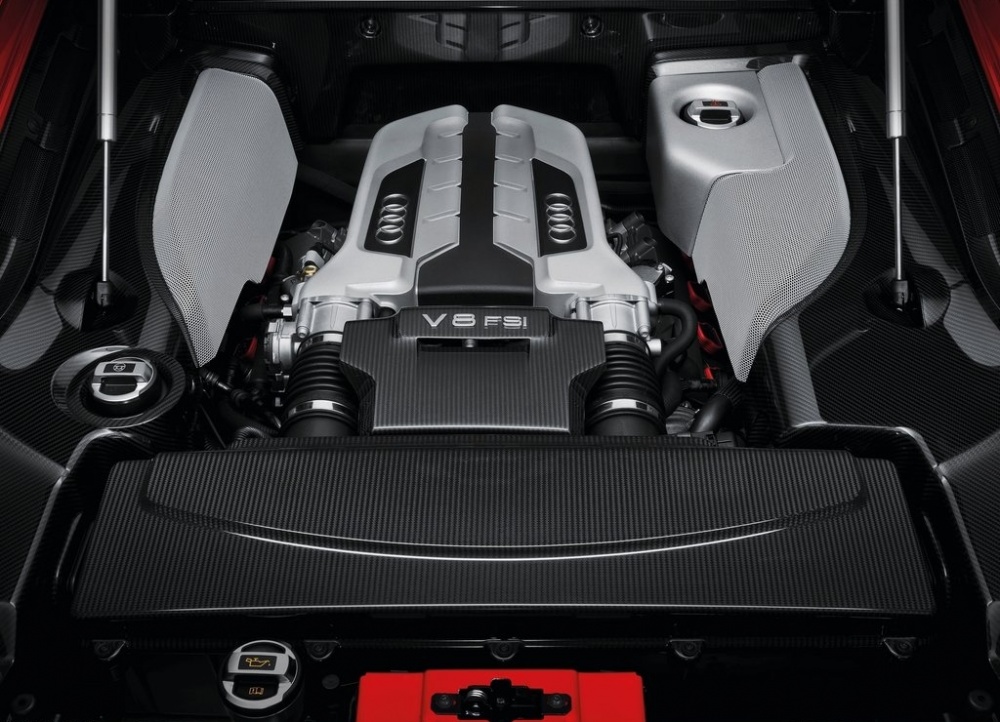 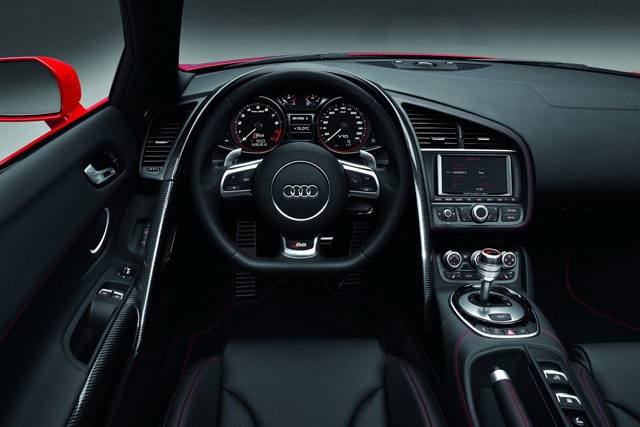 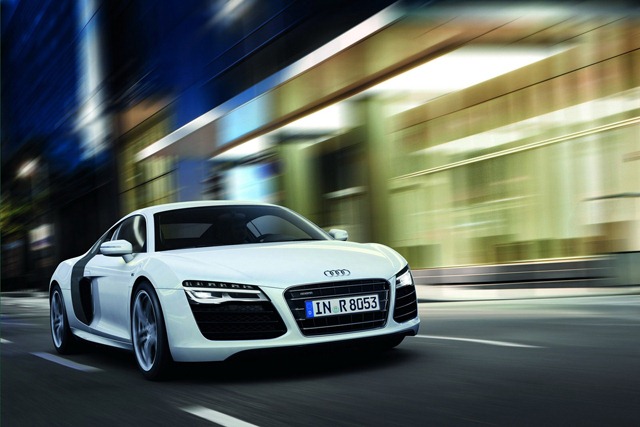