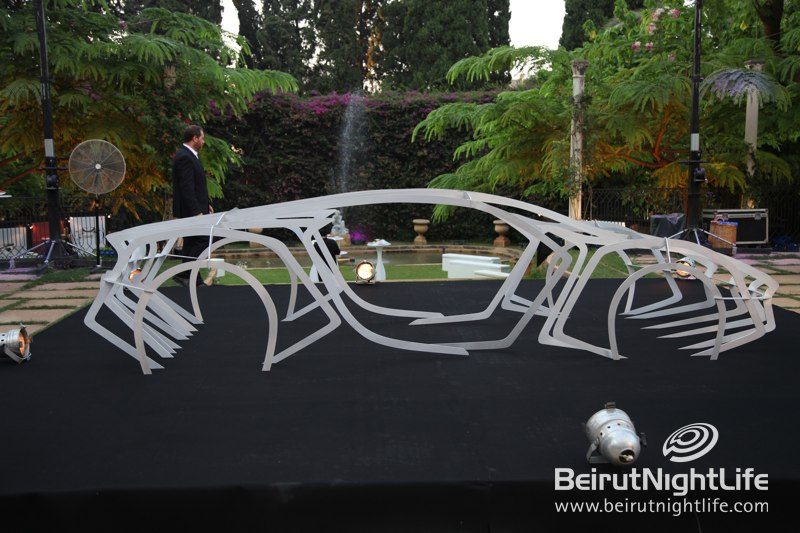 Beirut witnessed today a major milestone for the automotive industry in the region and the world. W Motors s.a.l., which is set to be the premier designer and manufacturer of Hyper cars in the region, was launched on the 11th of July 2012 during a high end ceremony, organized by Events Production.

The official launch of W Motors which is a groundbreaking accomplishment for a region based entrepreneur and specialist Ralph R Debbas, took place in the lavish venue of Sursock Palace Beirut. A select number of Politicians, Socialites and high ranking industry leaders, were there to attend the launch press conference and the unveiling of this promising automotive brand that eyes to cater to the desire and needs of an elite clientele around the world.

Ralph R Debbas, Chairman of W Motors s.a.l. stated: “We will be launching 2 different lines of vehicles, the Hyper-sport and the Super-sport.  Our first model, the Hyper-sport, will be limited to 5 cars worldwide and will be labeled as the most exclusive high performance car ever made. With signature diamond incrusted LED lights, it is also the most luxurious sports car in the world. In addition, the Hyper-sport W will be the first and only car to ever integrate a fully functional holographic display with interactive motion, gaining years of innovation ahead of competition. This car is simply unique in every single way; every element has been meticulously engineered to give the right balance between power, torque and speed, delivering the ultimate driving machine for a unique driving experience”.

With an entrepreneurial background, Debbas is the mastermind behind the W Motors project. Graduating from Coventry University School of Art and Design with a major in Automotive Design and having finalized numerous awarded concepts in Europe, Debbas worked on building a sizeable network within the automotive industry, leading him to the creation of W Motors, the world’s most exclusive, luxurious and technologically advanced high performance sports cars, a pioneer project for the Arab World.

The Sursock conference was followed by a cocktail reception where around 1000 VIP’s were able to enjoy a unique exhibition followed by a special unveiling of the design of the first W Motors Hyper-Car. The model in production will be ready to be launched in Dubai on the 11th of December 2012.