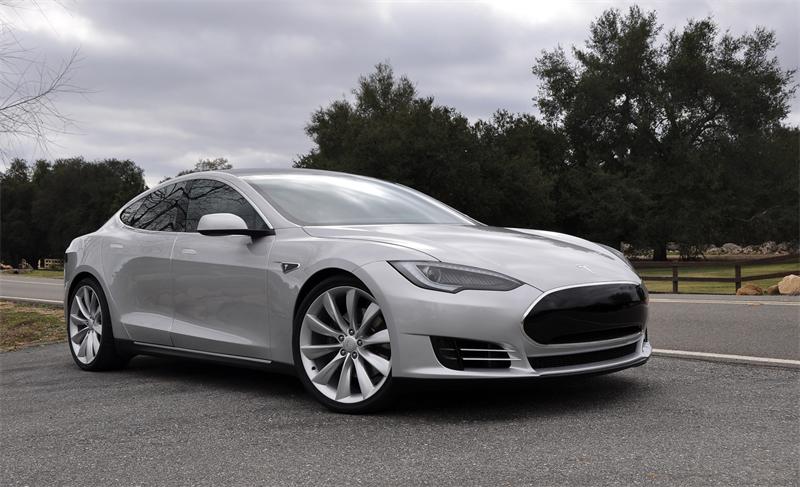 Tesla wanted the Model S to be the world’s first mass-produced, highway-capable, and fully-electric car. Unfortunately, Nissan was able to beat it to the punch with the Leaf. Like the Leaf, the Model S will compete in some fashion with the crop of gas hybrids including the upcoming Chevrolet Volt and the current Toyota Prius and Honda Insight.

Unlike the Leaf, which can only go 100 miles on a full charge, and the Chevy Volt, which will do somewhere around 40 miles before the gasoline engine is started to re-juice the battery, the Model S can go 300 miles on the battery alone. With its more luxurious appointments, cargo and people room, and sporty nature, it is easy to see that the Model S is really only threatened by the Fisker Karma, a luxury hybrid costing nearly double the money. 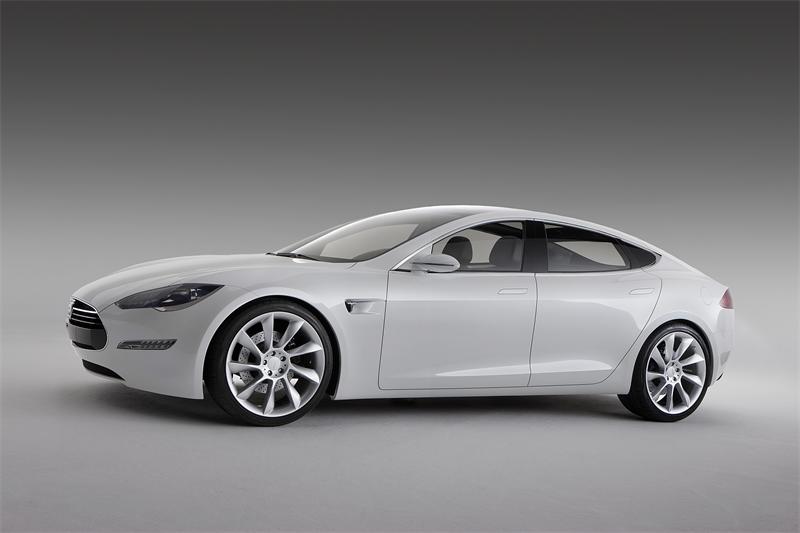 The Model S will come with three battery options that place the car at greatly different price levels. The base battery has a range of 160 miles and will cost $57,400, the mid-level offering will be able to cruise 230 miles and cost $67,400, and finally the premium model will cost $77,400 and muster the 300-mile range that makes the Model S so tempting on paper. Pricing does not reflect a $7,500 federal tax credit currently offered by the U.S. government. The Model S can be recharged from any 120-, 240-, or 480-volt outlet, with the latter taking only 45 minutes. Tesla estimates that the Model S will cost roughly $5 to drive 230 miles.

The first 1,000 units will be a part of a “Signature Series,” coming standard with the 300-mile range battery, special badging, and other yet-unnamed options. The first 1,000 purchases will also require a $40,000 down payment with deliveries beginning in mid-2012. Tesla hopes that that money will help it get 5,000 Model S cars on the road in 2012, building up to 20,000 units annually in the not too distant future.

Part of the Model S’s appeal comes from the floor-mounted battery pack and powertrain, which allows the front hood to be used as a trunk and provides more cabin and cargo space.

The standard Model S does 0–60 mph in less than six seconds and will have a top speed of 120 mph, with an upcoming sport version expected to achieve 0–60 mph acceleration below five seconds. 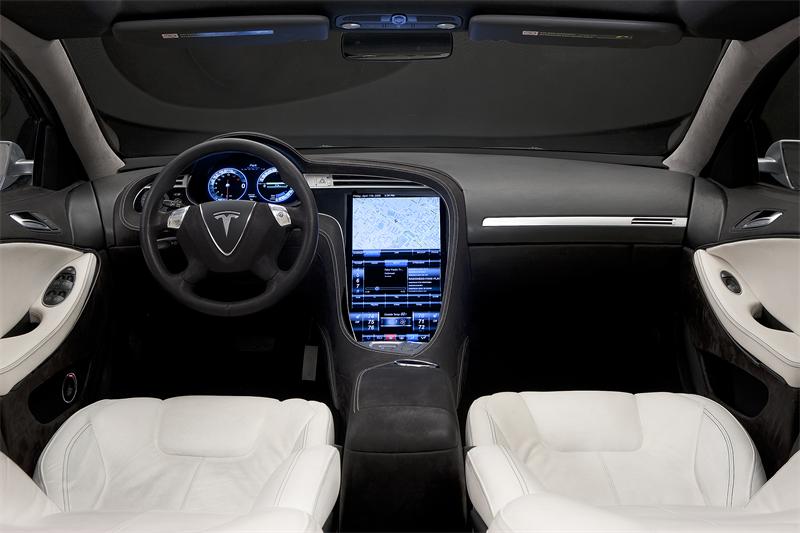 The interior is highlighted by a huge 17-inch infotainment / navigation screen that will encompass the entire center stack of the upcoming Model S. We are certain it will attract adults like the iPhone’s screen attracts toddlers. Tesla is calling it the largest touchscreen display ever used in an automobile. Another screen measuring 12.3 inches will be fitted into the instrument cluster. Nvidia, the chipmaker working with Tesla on the touchscreens, promises high-detail graphics for the laptop-sized 17-inch monitor and ultra-high-resolution 3-D graphics for the netbook-sized 12.3-inch LCD screen.

A pair of Nvidia’s Tegra chips will be providing the processing power for the two screens and, since this is a Tesla product, Nvidia is ensuring that the Tegra processors are very energy efficient and will not put a considerable drain on the electric car’s batteries. Nvidia calls the Tegra processor the world’s first mobile superchip. It has undergone testing to make sure it can hold up to the heat and conditions that come with use inside an automobile. Nvidia boasts that it has eight computing cores and can process 1080p HD videos.