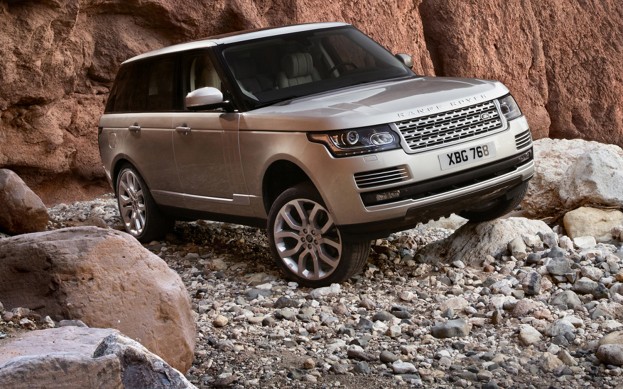 Not only will the 2013 Range Rover offer significant weight savings and fuel economy improvements, but the next-gen SUV will also introduce a range of new features and tech to the nameplate when it arrives in North America this December. Land Rover has released more details on its upcoming flagship SUV leading up to its 2012 Paris Motor Show debut — a few highlights are summarized below.

As we reported previously, the big news regarding the 2013 Range Roveris its all-aluminum chassis, which Land Rover says reduces weight by as much as 926 pounds compared to the outgoing model – though U.S. models equipped with the all-aluminum V-8 will see weight savings of about 700 pounds. Overall, the new Range Rover’s unibody is 39-percent lighter than the steel frame it replaces, with the body shell alone weighing 408 pounds less than the previous model’s. 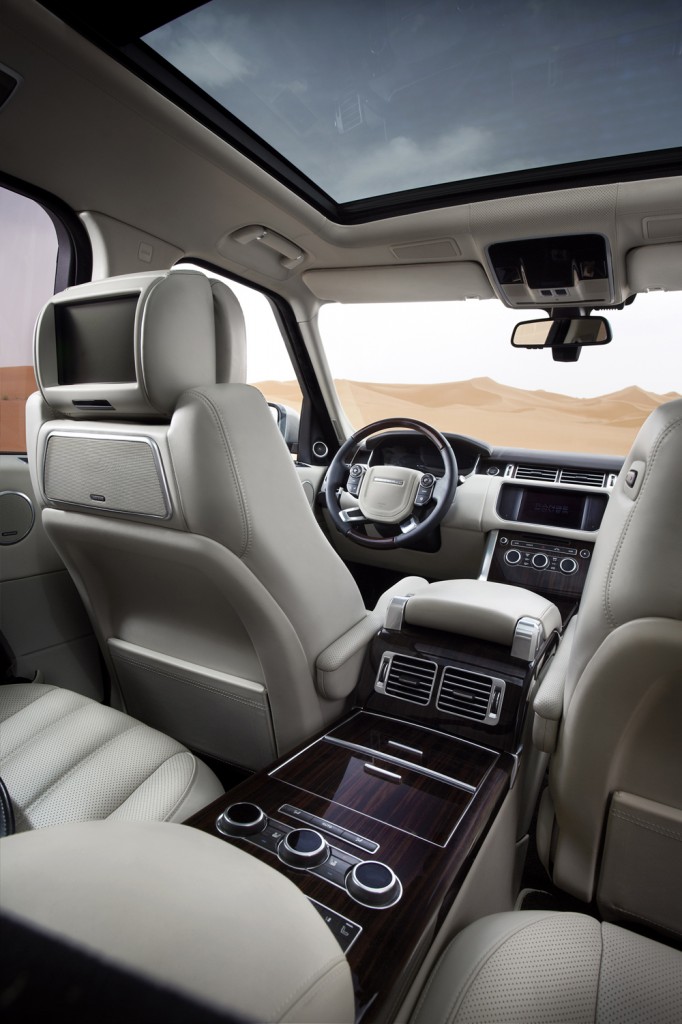 Interestingly, the 2013 Range Rover marks the first time high-strength AC300 aluminum – found within the crash structure — is used in an automotive application. In addition, the vehicle’s bodyside is pressed as a single panel to reduce the amount of joints and improve structural integrity – another industry first, according to Land Rover. Up to 75 percent of the aluminum found in the Range Rover is recycled.

With a drag coefficient of 0.34, the 2013 model is the most aerodynamic Range Rover ever, improving by 10 percent over the outgoing SUV. Also aiding fuel efficiency is the Range Rover’s new ZF-sourced eight-speed automatic transmission, which is mated to either a 375-hp 5.0-liter V-8 in the standard model, or a 510-hp supercharged unit in the range-topping trim level. The automaker estimates 0-60 mph times of 6.5 and 5.1 seconds for the standard and supercharged models, respectively. Though it’s not quite stop-start, Range Rover’s new Transmission Idle Control disengages 70 percent of the driveline when the vehicle is stationary and idling in gear. Land Rover says this feature reduces fuel consumption in urban conditions. The new Range Rover also curbs its natural thirst with electric power-assisted steering (EPAS), which replaces the previous hydraulic setup. The new system adds the Park Assist ability, which can automatically parallel park the car.

In typical Land Rover fashion, the 2013 Range Rover can be customized in a multitude of ways through the brand’s exclusive Autobiography series. A total of 37 exterior paint finishes are available, 22 of which are specific to the Autobiography program. Drivers can choose one of 17 interior color themes, and mix and match from the three available interior veneers (more choices will be offered after launch), three headliner colors, two available roof colors, and eight alloy wheel designs ranging in size from 19-22 inches. A new two-seat rear seating package is available, as well. Because one of Land Rover’s goals was to simplify and refine the Range Rover’s interior, the 2013 model features half as many buttons in the control layout compared to the outgoing model.

Lastly, the British Marque retained the Range Rover’s capability with a redesigned air suspension and full-time intelligent four-wheel-drive system. Utilizing a fully independent, wide-spaced double-wishbone setup in the front and multi-link design in the rear, the new suspension system offers extended wheel travel at 10.2 inches of movement in front and 12.2 inches in the rear. In the highest suspension setting, the Range Rover’s ground clearance is 0.67 inches higher than the previous model, at 11.9 inches, allowing for better approach and departure angles. The four-wheel-drive system’s two-speed transfer case allows for a 50/50 torque split, and offers a low-range option for off-roading or towing. The next-gen Terrain Response system monitors driving conditions through various onboard sensors and automatically adjusts vehicle settings to suit the terrain.

2013 Range Rover deliveries in the U.S. are scheduled to start this December. 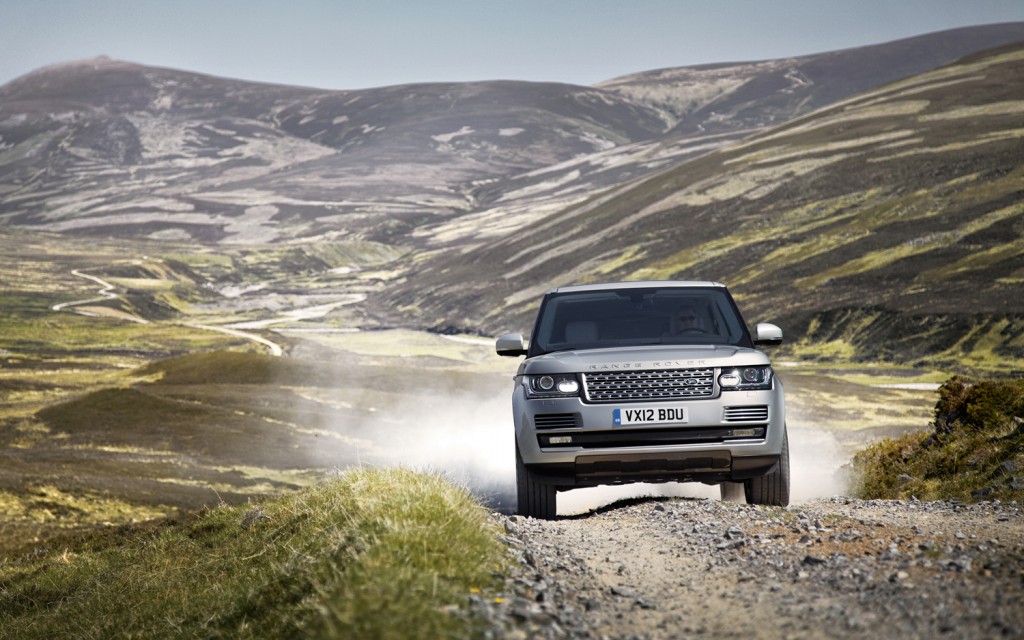 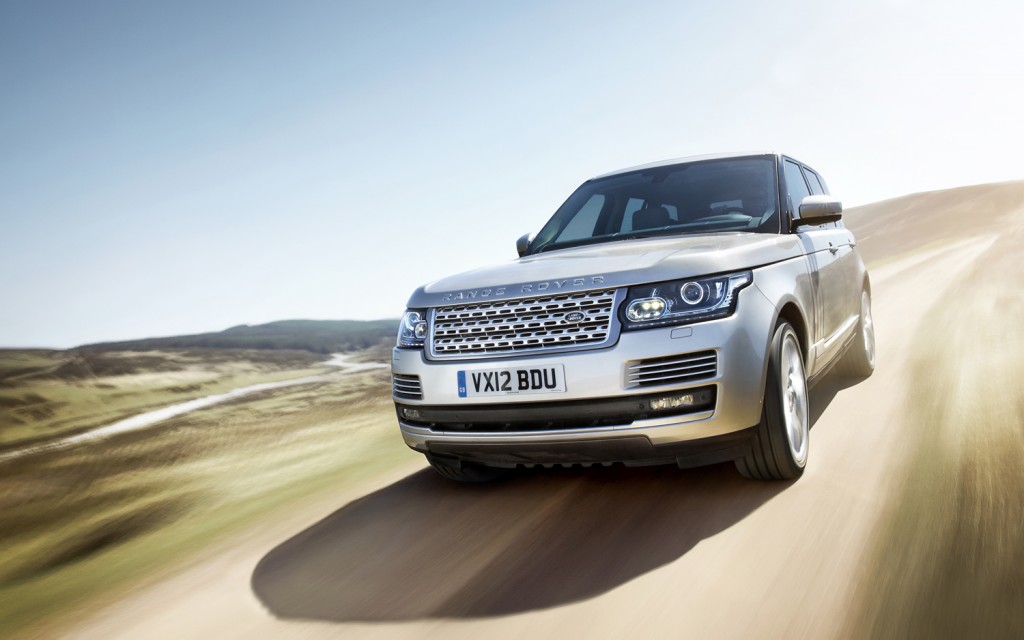 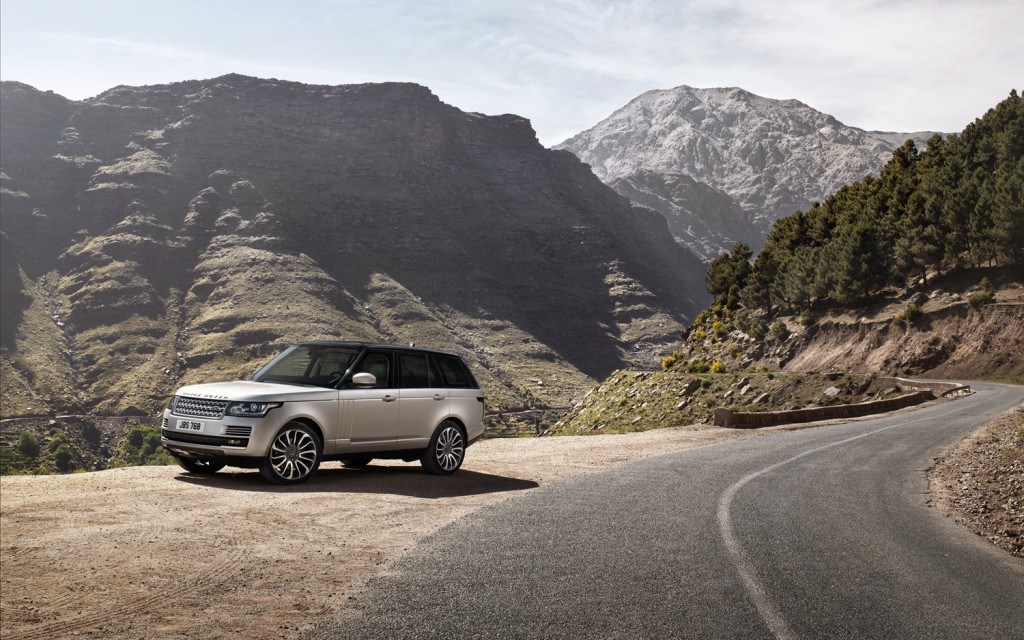