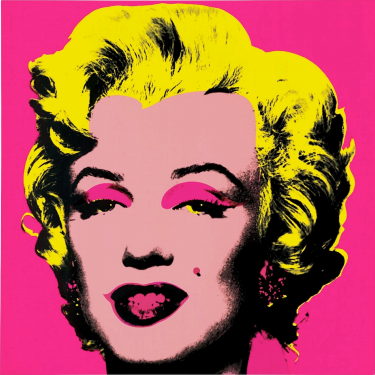 To celebrate its 3rd anniversary, Q will revive the American swinging sixties by re-creating Andy Warhol’s New York studio The Factory in Beirut, featuring one of Warhol’s most iconic works of art: the original Marilyn Monroe series from 1967.

Andy Warhol (1928 -1987) was a leading artist in the visual art movement known as Pop Art, a genre that emerged in America and elsewhere in the 1950s to become prominent over the next two decades. His work explored the relationship between the artistic expression, celebrity culture and advertisement that flourished by  the 1960s.

Staying true to the artist’s bold personality, Q will be transformed into The Factory, Warhol’s original New  York Studio from 1962 to 1968. In this period, he created numerous mass-produced images from photographs of celebrities such as Marilyn Monroe, Elvis Presley and Jackie Onassis. In this famous Marilyn artwork on display, Warhol merged art with the culture of mass production. By creating multiples of her iconic image, Warhol transformed pop culture into art. Fascinated by death and the cult of celebrity, he generated brash, assembly-line paintings of Monroe symbolizing the mortal behind the myth, as well as her widespread presence in the media.

The work exhibited is on loan from the collection of Emmanuel Javogue, an internationally celebrated art collector and curator. Over the last three decades, as owner of several Parisian galleries, Javogue launched artists such as Basquiat, Keith Haring, Cindy Sherman, Anish Kapoor and Dennis Oppenheim while also dealing in modern masters like Picasso, Matisse, Dali and Renoir.  Hailed as one of the first purveyors of Western art into Shanghai (China) in the early 2000s, he was also behind stellar museums exhibitions in Austria such as Jean Michel Basquiat Works on Paper at the National gallery of Klagenfurt.  Next year he will be curating the Biennale of Costa Rica – where he has been living over the last seven years.

Always on the forefront of the cutting edge, Q is pleased to collaborate with Compagnie Privée de Conseils et d’Investissements (CPCI) to bring this extraordinary happening to Beirut.  In line with the Swiss private banking tradition, CPCI is committed to supporting the promotion of Art around the world through exhibitions and through all the banking and family office services it provides to its selected clientele.