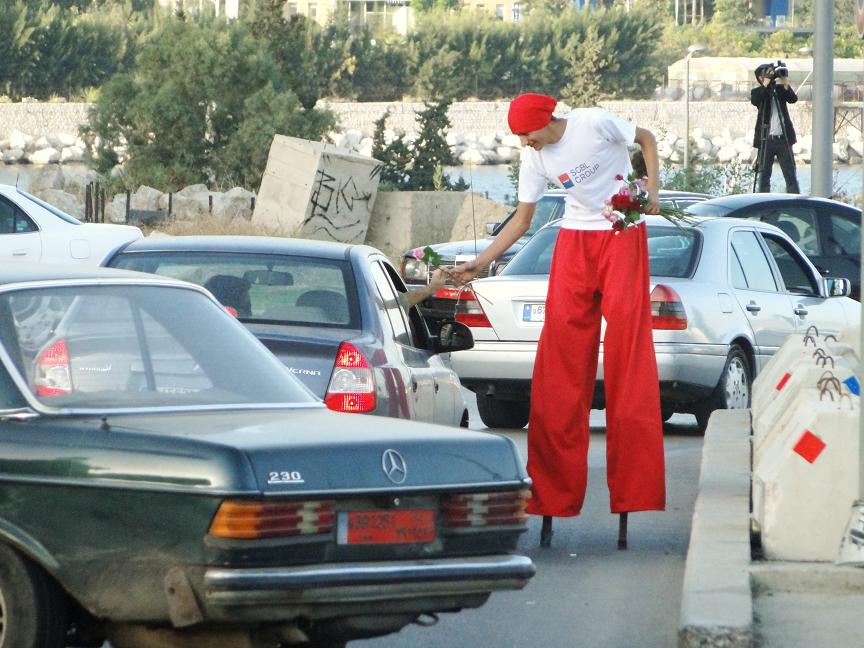 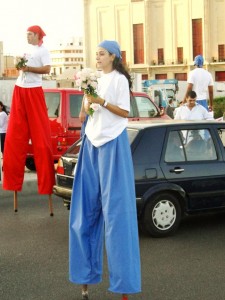 Société Générale de Banque au Liban (SGBL) held a series of festive activities on October 18, 2010, to celebrate the partnership between the SGBL Group and the international television station of France, FRANCE 24. The partnership marked the launch of the 24 hour service of FRANCE 24 in Arabic, throughout the region.

To mark the symbolism of the day, several groups of young individuals dressed in the SGBL colors, patrolled the streets of Beirut and delivered flowers to the residents of the areas.

Whether on roller skates or perched on stilts, the groups traveled through the city from Raouche to Sassine passing through Hamra and finally reaching Down Town. By late afternoon all the groups were heading towards Martyrs Square to witness the highlight of the day, where two SGBL hot air balloons soared in the skies of Beirut. 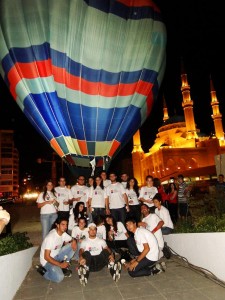 A large number of people gathered to witness the colorful display of balloons and people, all coming together. SGBL offered hot air balloon rides to all the inhabitants of the capital who gathered at Martyrs Square. To mark the end of the joyous occasion, a souvenir photo was given to all who participated in the balloon ride to eternalize their beautiful journey in the sky. The festivities closed with an official dinner hosted by Antoun Sehnaoui, CEO of SGBL and
Alain de Pouzilhac, CEO of FRANCE 24, in the presence of numerous personalities frompolitical, economic, social, cultural, media and diplomatic corps.