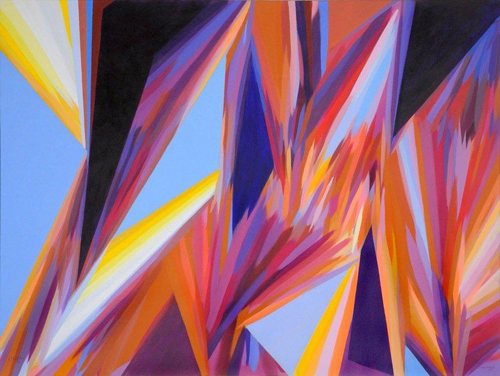 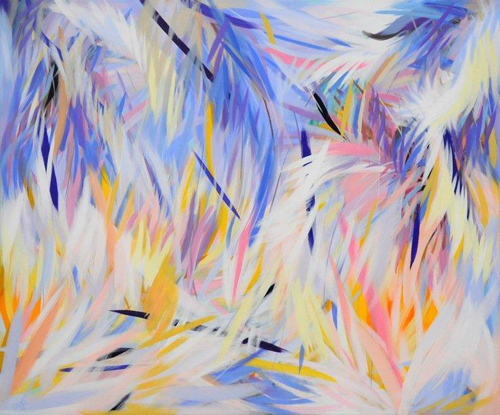 An exhibition of over a dozen new large-scale canvases by leading Arab artist Samia Halaby. Coinciding with the release of a Ayyam Publication’s new monograph on Halaby, this solo show will pay tribute to one of the Arab world’s most innovative abstract painters. Spanning more than 50 years of her illustrious career, this forthcoming book will chronicle her artistic development, from her student days to her most recent paintings. Organized chronologically and divided according to particular periods of her work, it will provide an unprecedented look at an artist who has contributed to both the regional art scene and to greater international art.

Halaby’s latest body of work, which is marked by a vivid palette, uninhibited brushstrokes and intricate compositions, captures the many phases of her approach to abstraction. Although presenting a number of new experiments, these paintings also traverse several stages of her oeuvre. As such, the artist appears to be reflecting on the continuous breakthroughs in art that she has made over the past five decades with a subconscious return to previous formalistic points of departure. This has resulted in an invigorated series that speaks of a seasoned artist in the latter part of her career who now creates with the apparent poise and freedom that comes with years of cultivating artistic talent at the cutting edge of contemporary painting. Fittingly, these canvases are noticeably bolder, dynamically moving through various styles. 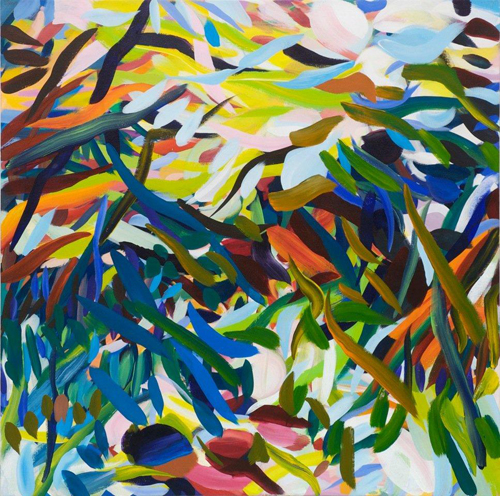 Born in Jerusalem in 1936, Samia Halaby is a leading Palestinian painter and scholar. After immigrating to the US via Lebanon in 1951, she obtained a Bachelor of Science in Design from the University of Cincinnati in 1959 and a Master of Fine Arts from Indiana University in 1963, after which she held academic positions at a number of prominent institutions, including the Yale School of Art. Since 1970, she has held countless solo exhibitions and art fairs, both in the US and abroad and has been featured in a number of groundbreaking exhibitions of Arab art. Halaby’s work is housed in several museum collections worldwide, most notably the Jordan National Gallery of Fine Arts, The British Museum, the Guggenheim Museum, The Art Institute of Chicago, and The Detroit Institute of Art. 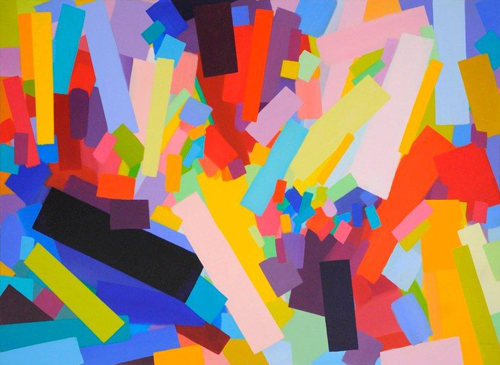