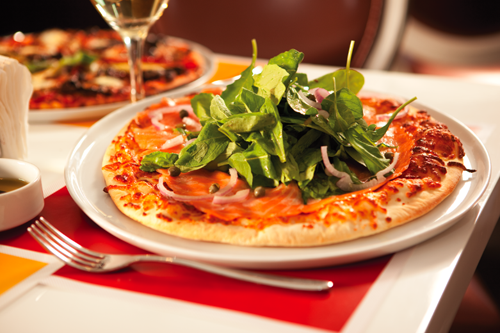 When it was founded in Southern Australia in 1967, Marcellina was the dream child of two Italian immigrants yearning for a taste of home. The Sicilian cuisine they introduced against the backdrop of a dinner and dance cabaret atmosphere was an immediate hit, and the restaurant was an instant success. When Brian Aoukar, a Lebanese-born entrepreneur similarly seeking his fortune abroad, signed onto the team he brought the entrepreneurial expertise necessary to allow the expand into one of the best-known chains in Southern Australia.

The business has stayed in the family until the present day. Faoud Aoukar, Brian’s son, and his wife Paula have now brought the South Australian landmark back home, opening the first branch in Lebanon in 2009.

The restaurant they founded is a mélange of old and new, bringing a modern twist to the classic themes present in the restaurant since its inception. Their menu is a tableau of traditional Sicilian and international favorites. Inside the restaurant the interior décor plays with ideas of the classic fifties diner, but the atmosphere is not retrograde – on the contrary, in choice of furniture, decoration and design, it is chicly modern.

In line with its cabaret roots, the restaurant remains a music venue five nights a week. Tuesday, Wednesday and Thursday evenings it features vocalist repertoire of pure classics, accompanied by piano; on Friday and Saturday nights after midnight it transforms into Desire Bar.

The restaurant is located on the Dbayeh highway, Beirut direction.