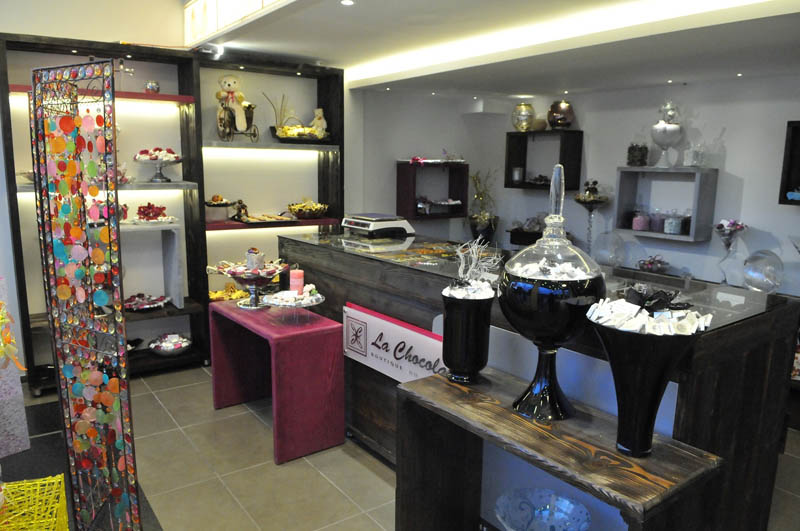 The ceremony was attended by a wide range of business and political figures, in addition to the foremost economic, social and media representatives.

Mr. Pierre Doumit and his wife, our colleague, Mrs. Carla Abou Zeid Doumit welcomed the invitees congratulating them on the store opening with bouquets of roses, which were displayed along with the rich chocolate baskets and delicacies offered by “La Chocolata”, giving an extra sparkle to the opening ceremony.

“La Chocolata” extends over an area of one hundred square meters providing its visitors with the tastiest and best known chocolate types in the local and overseas markets, at affordable prices.

“La Chocolata” offers you all type of chocolate arrangements to suit your different occasions and ceremonies such as corporate gifts, social occasions, engagement parties, weddings and births.