JAMES BOND-STYLE CLIFF RESIDENCE TO BE BUILT IN FAQRA

Netherlands-based architects Open Platform for Architecture (OPA) announced that they’ll be making what was once just an idea (and a very viral one at that) happen – in Faqra, Lebanon.

Their concept of Casa Brutale, a geometric-style, cliff residence “suitable for James Bond” should be completed by 2018 for the CEO of Demco Properties Alex Demirdjian. 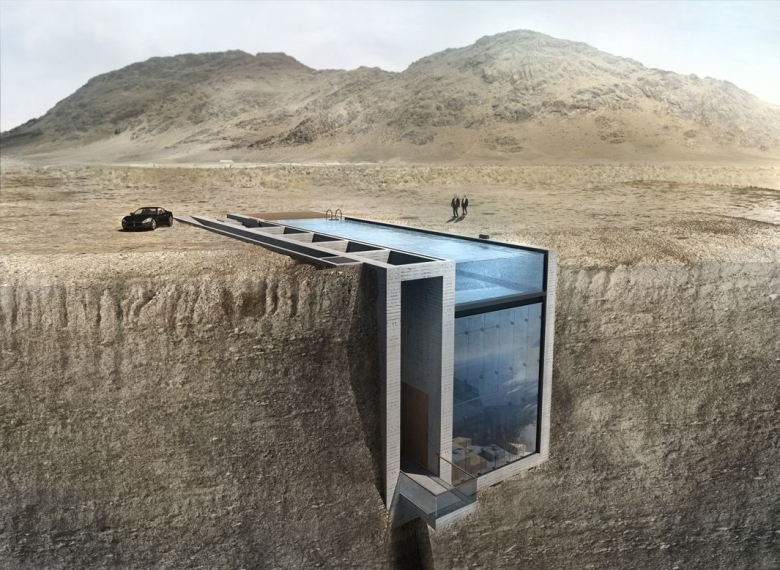 Greek architects Laertis-Antonios Ando Vassiliou and Pantelis Kampouropoulos designed Casa Brutale as a magnificent homage to pure Brutalism, an architectural philosophy that in a nutshell, puts an emphasis on raw materials.

According to OPA, the project will be conducted in collaboration with Sarkis Azadian Architects and engineering consulting firm ARUP.

The concept was originally launched back in 2015 with Greece and its Aegean Sea as its inspiration. Since then, it developed to suit both the Faqra region and Demirdjian’s needs.

The design is beautifully simple in comparison to recent works of cliff-side architecture. An exterior of bare concrete and transparent surfaces give it its unique edge and create a play of lights and shadows. It “penetrates the landscape” and huddles tightly onto the cliff, making way to what would be en extraordinary view of Lebanon’s mountains year-round.

“Casa Brutale is a geometrical translation of the landscape. It is an unclad statement on the simplicity and harmony of contemporary architecture. It is a chameleonic living space, created to serve its owner and respect the environment. It is the inverted reference to Casa Malaparte, encased and protected by the tender earth that has hosted the human civilization for millennia. It is a complete study of aesthetics, structure, function and engineering, which thoroughly detailed, awaits solely its realisation.”

Faqra seems to be the hub of cool architecture in Lebanon, and if Casa Brutale lives up to its name – its cliffs will get the spotlight, too. 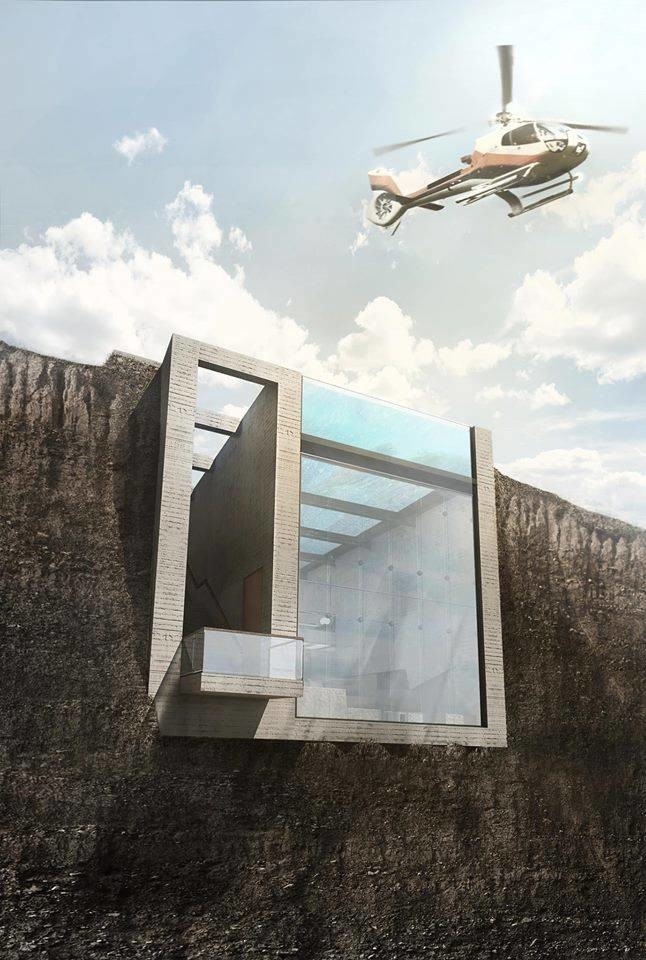 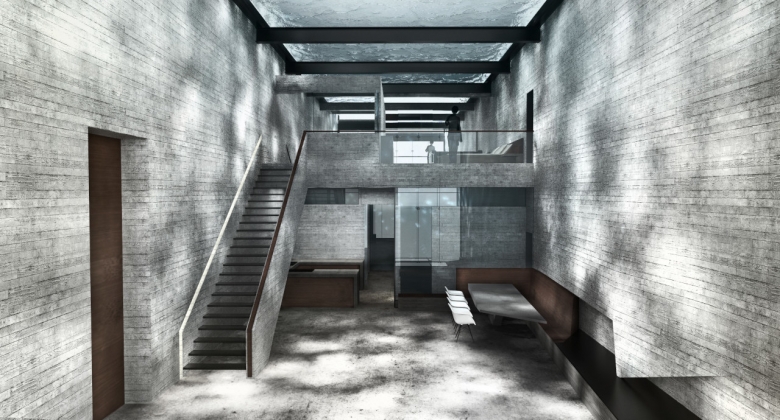 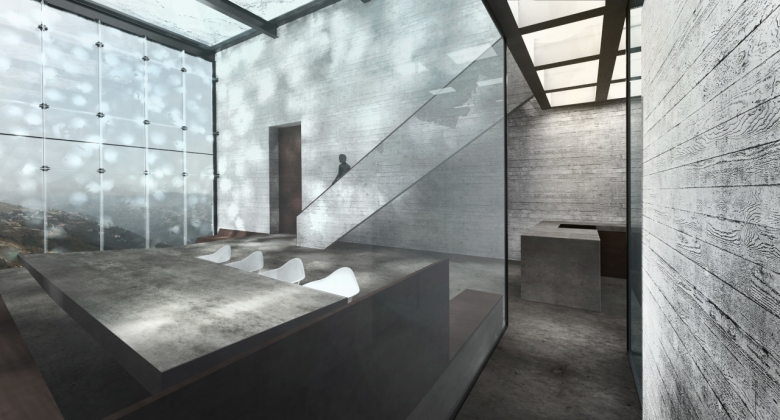 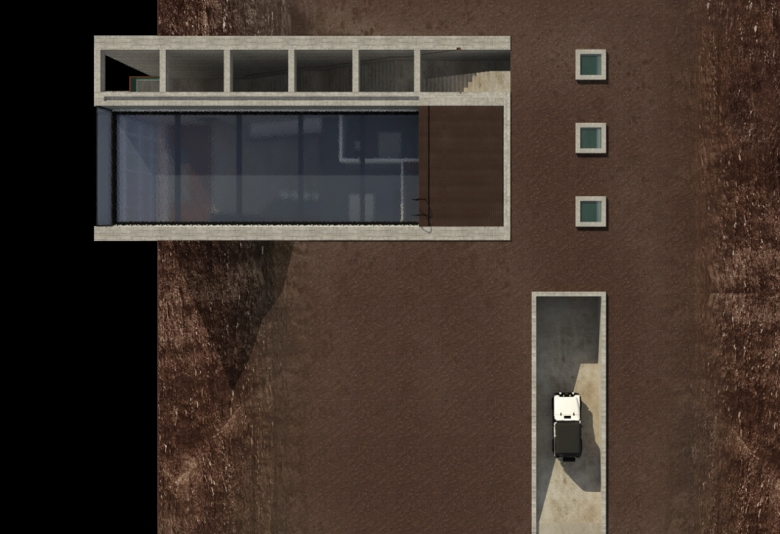 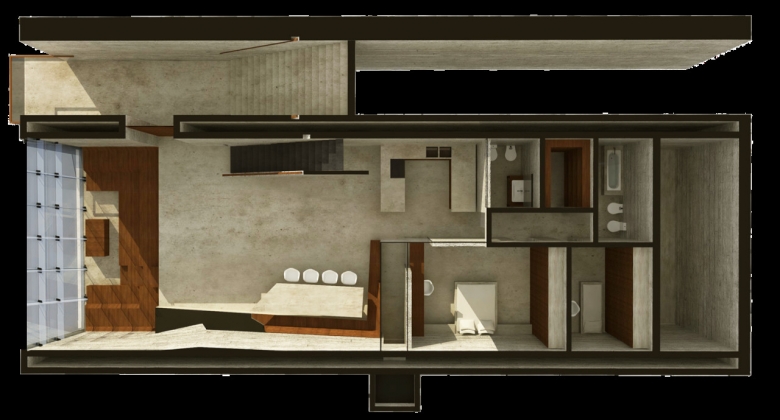 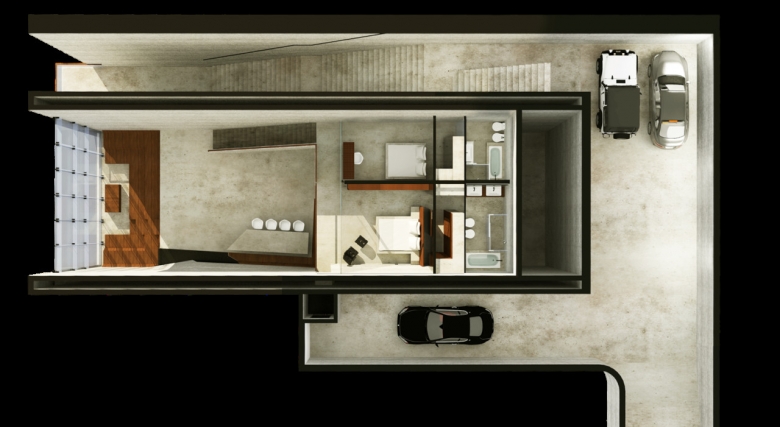