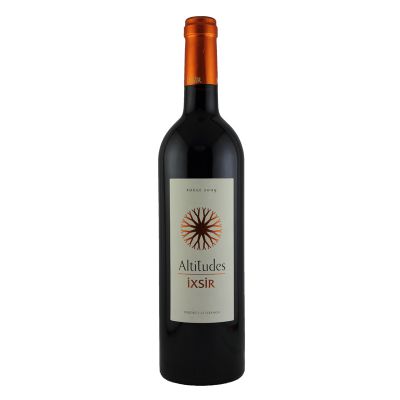 Altitudes IXSIR Red 2009, by Lebanese winery IXSIR, was awarded the Grand Gold medal at the International Wine Championship, one of the most important in North America, organized by “Sélections Mondiales des Vins – CANADA.”

The International Wine Championship is held annually in Quebec since 1983, and the 2012 edition included 1806 wine participants with 581 producers coming from 35 countries and only 10 “Grand” Gold Medals.

Hady Kahale, IXSIR’s General Manager, explained that Lebanese wine is gaining momentum worldwide and noted that IXSIR is not merely a Lebanese wine; it is cultivated across diverse areas of Lebanon, thus reflecting the nation’s greatest richness: diversity.

IXSIR adds this most recent award to its list of achievements for Altitudes IXSIR Red 2009 and Altitudes IXSIR White 2010, which won 5 medals at the London International Wine Fair.

An eco-friendly building with sustainability at its heart, IXSIR’s winery won the 2011 Green Good Design Award and was selected by CNN as one of the greenest buildings in the Middle East and North Africa.

The IXSIR winery will be open to visits as of October 2012.