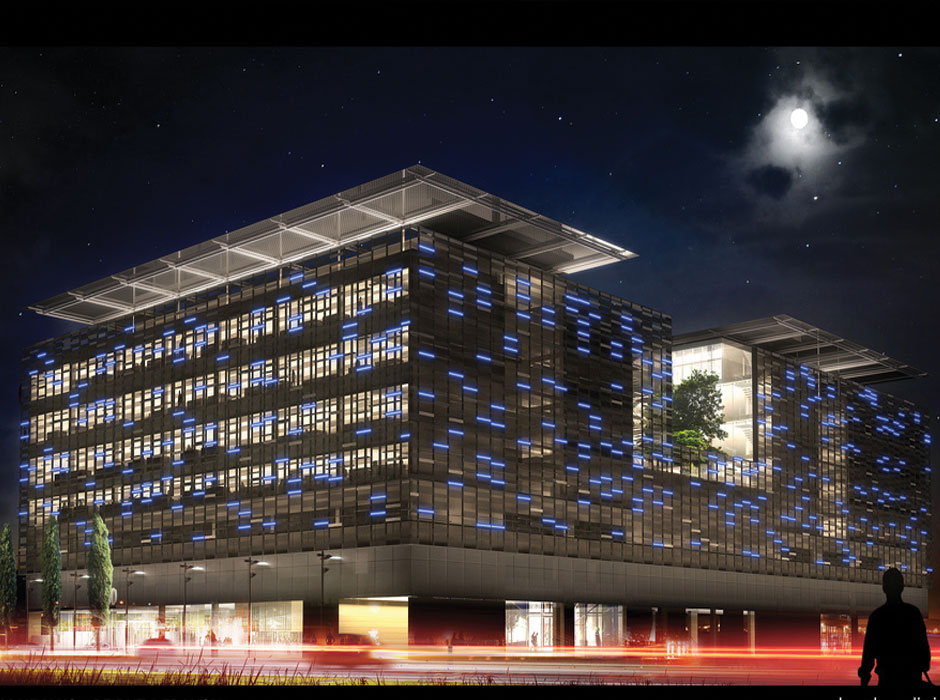 Located at the crossroad of several main arteries, the site has an exceptional positioning at the base of the Pierre Gemayel Avenue bridge, which gives it great visibility from almost any direction. While bridging the Pierre Gemayel Avenue to the front, and the Emile Lahoud Avenue to the rear, the site benefits from an even greater prominence for vehicular traffic ramping up and down the bridge. In addition, the Ashrafieh/Sioufi hillside offers the site an impregnable overlook, which we believe calls for a unique building design, that fully reacts to the potential its location has to offer: becoming a new landmark in the city fabric of Beirut.

The strategy is a warm grey anodized aluminum skin that simply wraps the simple cubic mass of the building core. A highly adaptative system of CNC driven perforations is then applied over the whole metallic membrane in order to surgically control the amount of light and air penetrating the core mass. Using state-of-the art parametric software algorithms, we were able to define areas of perforations density in relation to interior functions and external influences. 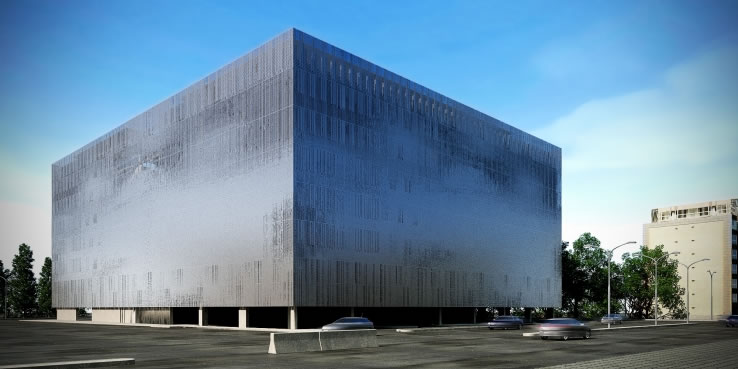 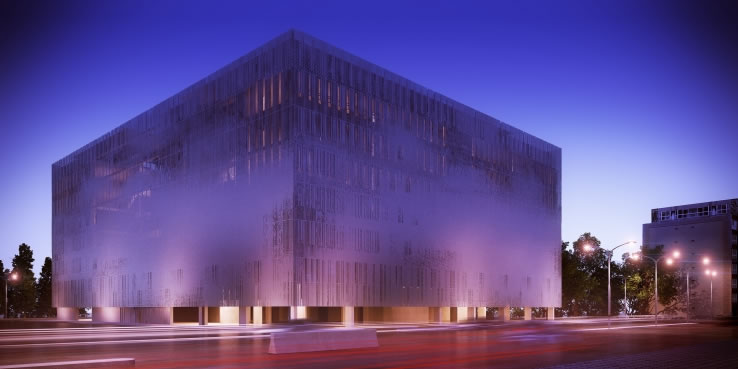