Beirut Shoots: A bright filming idea for all ages 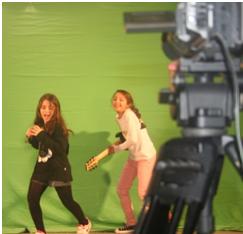 Everyone films their kids, at an event, at school, or on their graduation. Most people take films while on vacation. But what is done with the footage? In most cases, it is archived on our hard disk.

A group of friends created the Beirut Shoots project  that offers the possibility to shoot a film of children and/or adults doing whatever they want to do and then edit these shoots with a nice background, delivering a final real movie of 1, 2, or 3 minutes.

Beirut Shoots uses a green (Chroma Key) background, a camera, and an editing suite. All you have to do is act, dance the Gangnam or Nossa, sing, or make a statement and, three days later, you will have a short movie that you can upload on the social networks of your choice; all for only 20USD the minute!

“Kids love the idea of creating their own short film, of being the star of the moment,” said Fadi Ghazzaoui  creator of the concept.  “At the beginning, they are shy but afterward, they want to do another movie! We discovered that it helps them to be. It is good therapy.”

The shooting is now taking place at Sodeco Square every Tuesday, Wednesday, Friday, and Saturday from 4:00PM till 8:00PM. “But because we are in demand, we are going to expand to other places soon,” said Sami Awad, owner of Hot Zones Studios.

Some of the videos that have already been done are posted on Facebook at “Beirut Shoots.”  Check them out and then go and have your most enjoyable moment being filmed with your children! 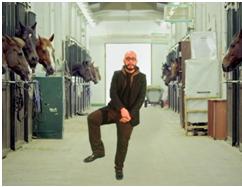