ABC Brings you the Great Taste of Britain 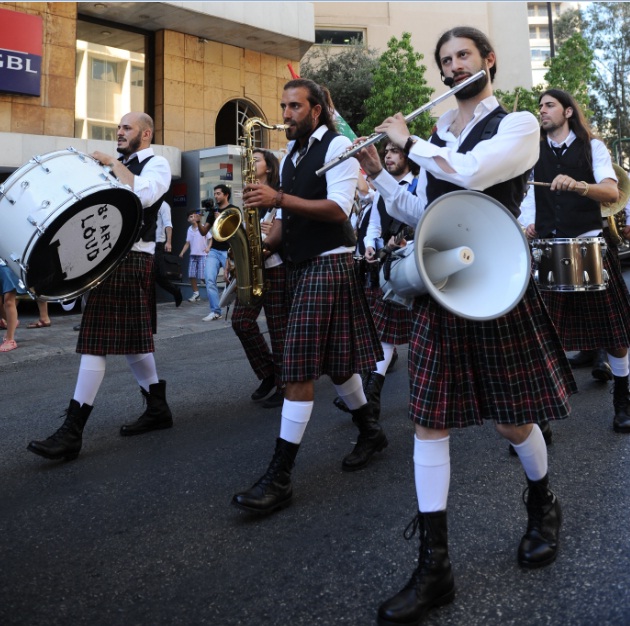 As part of the Great British Week taking place between June 12 and 17, ABC hosted yesterday a traditional British Garden Tea party in both Ashrafieh and Dbayeh branches. The event featured English tea and cakes among many other delectable British specialties. VIP guests and members of the media showed up in their fedoras and bonnets and enjoyed a unique tea drinking and cucumber munching experience.

Among the activities that took place yesterday, the Great British week also featured British Movie Screening where ABC visitors were invited to watch the biographical film based on the life of Margaret Thatcher, Iron Lady. Guests passing by also caught sight of ABC’s famous musical British army that paraded the mall quarters on the day.

Within the Great British spirit, ABC Ashrafieh will be hosting today a Live Cooking display between 12:30 and 03:30 PM and again between 07:30 and 11:00 PM where Chef Brian Hughson, the Head Chef of The Grill at London’s most renowned hotel, The Dorchester, will be demonstrating fine British gastronomy cooked live in a unique culinary show

On the next day, Manchester City will be organizing an obstacle course in ABC Dbayeh at 04:00 PM. Get on your marks and be ready for the ultimate British sport featuring interactive games and competitions

Among the activities taking place today, the Great British week also features a British Parade with 20 musicians in ABC Dbayeh at 06:00 PM as well as British Movie Screening at 08:00 PM in ABC Ashrafieh Grand Cinemas. Grab your pop-corn and enjoy the Great British narrative film “W.E.”