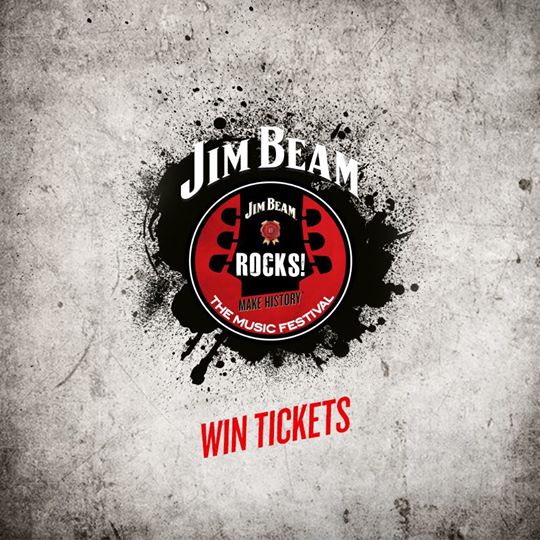 How would you like to make history with Jim Beam? This is your chance to win tickets to the massive rock concert happening on June 27 at La Marina Joseph Khoury Dbayeh. You can be there at the biggest rock concert in Lebanon’s history featuring Lebanon’s most talented and successful bands. International band The Rasmus, known for massive hits like “In the Shadows” and “Living in a World Without You” will be gracing the stage along with an incredible lineup of local talent. From the blues-inspired rockers the Wanton Bishops, to the pop-laced sounds of Who Killed Bruce Lee, and the hilarious Lebanese lyrics of Meen Lebanese Rock, as well as Pindoll, Jay Wud, Lazzy Lung, sandmoon, BandAge and The Coolcumbers, this festival offers the best of what Lebanon’s alternative music scene has to offer all in one place.

Don’t miss the chance to experience Jim Beam Rocks and witness all the beautiful talent in Beirut. We’re giving away tickets to 5 lucky winners to go with a friend to the rock experience of a lifetime. Just answer the following question and it’s your chance to be a winner and be there at Jim Beam, witnessing history.

What country are the band The Rasmus from?