“We Would Love to Come Play in Lebanon” says Every Time I Die and The Damned Things Frontman Keith Buckley!

These days Rock outfits come a dime a dozen, but Rock outfits that stand out high above the rest are hard to come by. Keith Buckley, a name known in the Rock world for his music, wild antics, stage presence and more is talented enough to front not one but two hard hitting Rock bands that reign supreme. First Keith takes the leadership position in Every Time I Die, Heavy Rock/Metalcore band from Buffalo New York, who has branded its name in the Heavy Rock world by its revolutionary approach to music. Every Time I Die, or ETID, are constantly at work with studio recording, to living out on the road, Keith barely has time to breathe. Though, he took on another main role as front man for Heavy Rock super group, The Damned Things (comprised of members of ETID, Fall Out Boy, and Anthrax). I have seen ETID countless amounts of times as well as have had the chance to see The Damned Things do the damned thing live, although never in Lebanon. I caught up with rock power player Keith Buckley to get the scoop… 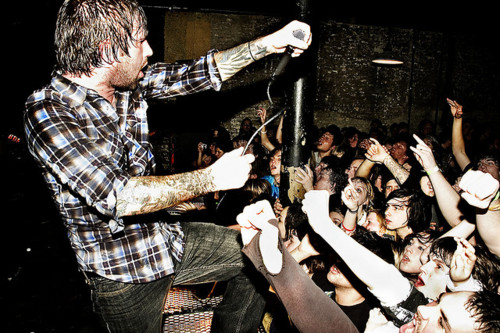 I wanted to start off with something most fans didn’t know about Keith.

Keith you are known to be an off the wall, wild, party guy…some fans don’t know that you attended Virginia Tech then University at Buffalo as well as I heard you were an English Teacher? How did you decide to toss out the idea of blue collar to have a full time career in music?

The only choice I consciously made was to ignore music for as long as I did. I regret that. Music was a part of my life since the day I was born. It was something I was passionate about. Then one day I realized that I couldn’t spend my life listening to music, so I chose a different path. I had to “get serious” about something and that something was schooling. But I always had that itch, it’s not something that will let itself be ignored because it was my true nature.  So I moved back to buffalo from Virginia and started ETID, when it became something that had life, I stopped teaching and got into the tour van.

Have you ever regretted that decision?


No, never. I’m curious as to what I would be like on some parallel alternate path but not so curious that I’d trade it to find out.

ETID is constantly on tour, is being out on the road what you prefer or is record recording just as wild and amusing?

Where is your favorite spot to play? What country haven’t you been to, that you would love to visit or play?

I love being in the UK, the shows are total madness and the history of each city is fascinating. We get to play Russia soon and I’ve always wanted to do that. I really want to get to South Africa. And Lebanon of course. Haha. Invite us!

(You hear that concert bookers in Lebanon ETID is ready for an invite to rock fans in Beirut! Hint-Hint)

Have you been to Lebanon? What have you heard about the country from other friends of musicians?

I know that the capital is Beirut and the national language is Arabic. I honestly can’t think of any bands that have been there!! That needs to change. We would love to come play in Lebanon! 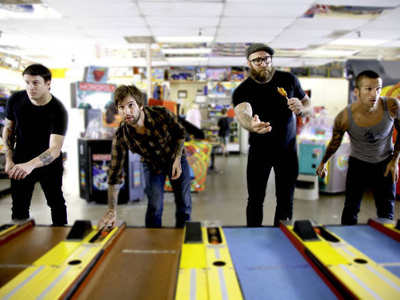 ETID has become one of the most favored acts on the Vans Warped tour, how do you survive the grueling months?

I just try to stay appreciative. Think about what you have to complain about.. You’re on a nation wide tour with your band and your friends, you eat well, drink for free and you play for hundreds of excited kids. If it gets too hot, you can relax on your tour bus. What is there to gripe about?

Out of all of the wild ETID tour stories and fiascos what is one that sticks out in your mind?

partying at and then getting kicked out of Chris Kirkpatricks (of n*syncs) house. haha

I think it was our videographers idea. We just wanted a way to keep people’s attention which is REALLY hard these days. Short episodes as opposed to long DVDs appeal more to short attention spans. And yes, I think they do only show one side, but who wants to see the depressing other one? The side you all get is more entertaining.

The band has come a long way since Hot Damn! From being a fairly underground band to playing on shows like Jimmy Kimmel Live and having songs on games such as Guitar Hero 2, does success bring complications and headaches or are you happy to have reached a commercial level?

It has not brought a single complication. I wish it would have, it might have been exciting to try to get used to this band on a new level. The success has actually just helped us stay relevant and on tour.

You also are the front man of The Damned Things, is juggling two big name bands difficult?

Yes, Exceptionally but I’m up for it. Stress builds character.

What does the future hold for ETID and The Damned Things?

Every Time I Die will tour on the new record for the next year and The Damned Things will sit quietly and wait for its chance to get out again.

Who are your inspirations? 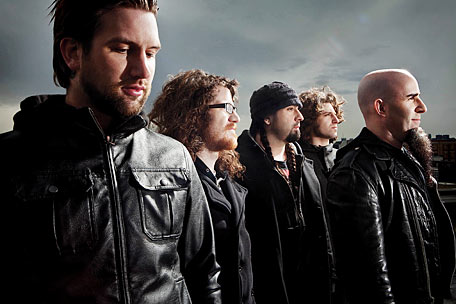 Lastly, I know you are a huge movie buff…Name your top 5 favorite movies (or at least 5 out of your top 100).

Well, there you have it…a look inside the world of popular Rock front man Keith Buckley. If you aren’t already huge fans of ETID and The Damned Things I urge you to do your research and check out the fast pace, hard hitting, truly phenomenal tunes put out by Keith and his fellow bandmates.