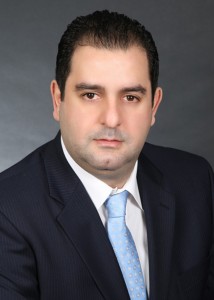 Tony Ramy paints the hospitality business picture of 2011 for Beirutnightlife.com with a few unwanted blotches…

A smoking ban is in process in Lebanon, aiming at reducing the cancerous effects brought on by smoke. The ban hopes to target the business owner as well as the smoker by penalizing them both. With 6000 restaurants that have created job opportunities for Lebanese workers, much of the hospitality business is up in arms. Despite the efforts of the syndicate’s general secretary Tony Ramy, the cafés, Lebanese restaurants, nightclubs and pubs syndicate believes that the Justice and Administration Parliamentary Committee has shown total disregard of the hospitality industry with its total smoking ban law. However, BNL had the opportunity to speak with Tony Ramy, who explained to us exactly what he’s hoping for.

How would you describe this year?

I think we did exceptionally well despite the region’s instability. Private business owners have outdone themselves, launching the best restaurants and clubs the world have seen. People flocked to the country to party on the rooftops and eat the best food found in a well-designed variety of restaurants around town.

What was the best part for you?

The best part was that these people have opened the chance for employment on many levels. Also, this year witnessed the opening of big international names like Momo, and we are expecting more to open at the end of the year like Café de Paris and Zuma as well as other esteemed names. This is a great sign and I believe that Lebanon has been enjoying the success.

What’s your biggest concern for 2012?

It’s very important for me to highlight a subject that will affect the livelihood of our countries’ number one tourist attraction. The Smoking Ban that has been issued by the government and is expected to take action mid 2012. If the law passed is implemented as it is, it will be a very serious blow to the industry, affecting all cafés, Lebanese restaurants, pubs, nightclubs, etc. It’s sad but true that the deputies in the Justice  and Administration Committee that we elect have shown total disregard to the Hospitality Industry, especially the cafés, Lebanese restaurants, nightclubs, & pubs.

Tell us more about the Syndicate’s position on the Smoking Ban?

We support a No Smoking Law for Lebanon, however not the law currently drafted as it is not fully thought out and will subsequently harm the business interests of the Hospitality Industry; it will be impossible to implement and it will create an army of government officials who are bribe takers and extortionists.
But, some things are not clear at all. For example, will the law be applied all over Lebanon or just in Beirut? Who will be charged with the fine, the owner of the restaurant or the person smoking?

How do you see this issue being solved?

First and foremost, I think we should learn from other countries who have tried to adapt the non-smoking ban in a smart way.  We believe the best way is to divide part of the restaurant, for example, for smokers, while the rest is kept non-smoking.
I don’t think that we are better than Las Vegas, for example. It should be logical. I will give you examples of other countries that have applied the non-smoking law, keeping in mind their countries touristic well-being.

How is the Syndicate affecting the law?

The Syndicate is continuing its lobbying efforts to try and modify the No Smoking Law and create exemptions for cafés & Lebanese restaurants whose livelihood is heavily based on the Arguilé for example.

You said you would give us some examples?