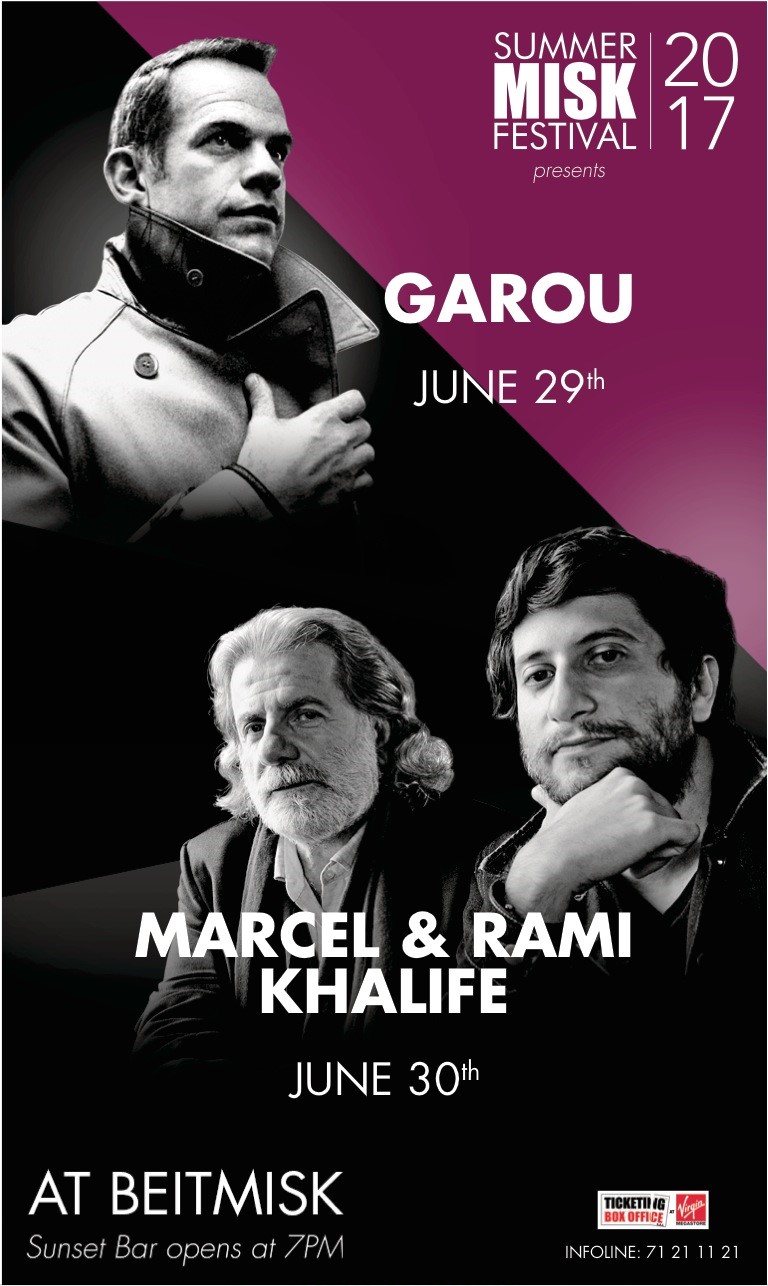 Summer Misk Festival, set to take place once again for the 4th consecutive year, is back to prove once more that it is Lebanon’s herald for world-class acts and musicians hailing from all corners of the globe.

He continued to record, both live and studio albums, switching from French to English singing.

2012 saw the release of his seventh studio recording, «Rhythm and Blues», that he had always loved to rework songs like “Quand tu danses” by Gilbert Bécaud, “Sur la route” by Gérald de Palmas and “I Put a Spell on You” by Screamin’ Jay Hawkins.

2013 he released «Au Milieu de ma Vie» as his eighth studio album. Among his famous songs was “Du vent, du mots” in a duet with Charlotte Cardin.

Marcel Khalife, world renowned composer and oud master, will be performing live with his musical group accompanied by his son the pianist, Rami Khalife.

The concert will showcase a fusion of oriental, electronic, and classical music composed by both of them. The father-son duo presents a high-energy intermingling of the oud and piano, electronic synthesizers and korg keyboards.