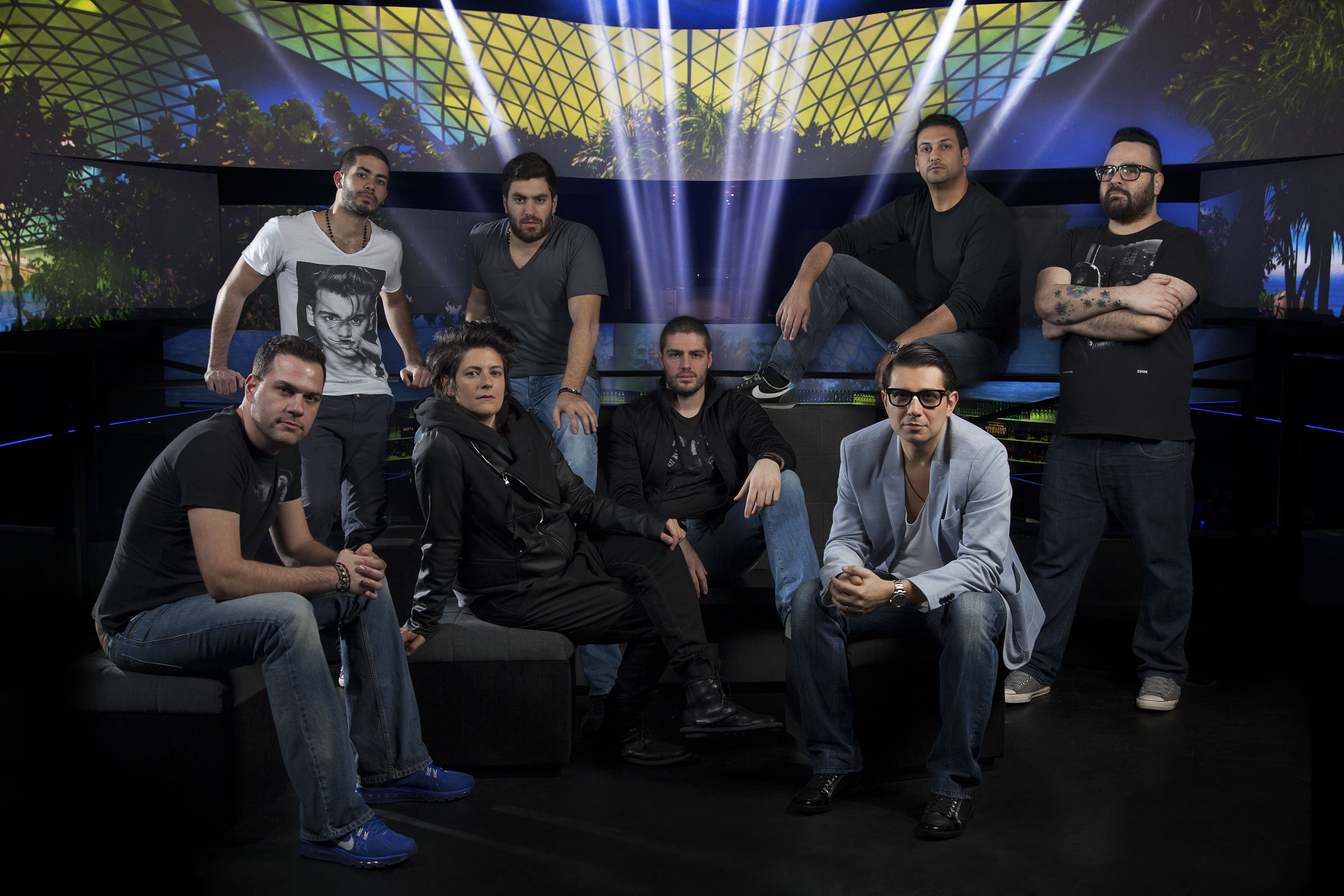 It’s back! SKYBAR’s grand opening last weekend was full of surprises and revolutionary shifts but one thing that stood constant was the dream team we so love on the decks. These 8 resident DJs spin the music, fire up the crowd, and work as a true team to give us our dose of revelry every night. We danced to their beats all winter at O1NE, they also play at O1NE Yas Island, and with SKYBAR’s reopening for summer 2014 we’re expecting some serious heat.

Watching them in the DJ booth, you can see the sparkling synergy, the raw energy, and the madness of the music taking over. They’re having a blast, but they’re also hard at work giving us the best summer nights under the stars – not to mention working with a bigger team encompassing the lighting and visuals that also make up essential elements of the legendary club.

Opening DJs Rayan and Djette have the often-underrated task of building the mood in the club. Here teamwork and synergy are essential, as the next DJ has to build on what’s already been done. The music needs to be homogenous in order to bring the people together, and it’s not just about the beat, but also the mood, the harmonies and the keys. Djette – notably the only female in the brigade – compares the night to a joyride: “You’re on a trip. If it’s good right from the beginning, you’re going to stay and enjoy it.”

Later in the night the main act DJs take over:  veterans Anthony Bassoulou and Charbel Hojeij aka CJ, as well as the newer blood in the mix: Lil T, Yussef K, and Dimix, playing in twos the music we all know and love SKYBAR for, spinning fresh and well-known house and RnB hits and mash-ups, alternating nights, and each adding a distinctive flavor. Then it’s up to Jad Jazzy Jay to end the party on a happy note. As the closing set DJ, Jad and his dynamic sets often take the party to sunrise as sunlight fills the club.

The DJs judge a successful night by how much the crowd enjoys their time and how crazy they get. Anthony explains, “At SKYBAR we’re close to the people. If they keep dancing till 8 am, that’s my measure of success.” With time, playing music in sync together, spending night after night together, and watching sunrises together, the bunch have developed close bonds and become good friends.

This year’s new theme-nights will have the DJs tailoring tunes to suite each Friday’s motif, and with the reinvention of Sundays into SUN.DAYS, SKYBAR is adding a new breed of DJs and musicians to the roster, complementing the dream team for a truly eclectic harmony of sounds.


Read about the DJs here