Red Bull recently flew in Alex Mason, a 20-year-old American daredevil to Beirut to tightrope-walk the city’s iconic “Pigeon Rock” in Raouché. Linking the two sides of Raouché at 40m above the sea, Mason chose Beirut to break his own highline record, both in terms of length (36m) and altitude.

Mason was assisted by his fellow citizen and one of the most prominent extreme sports experts, Andy Lewis who himself has earned international awards and worldwide notoriety in the field.

After having studied the wind speed and safety logistics for the gravity-defying endeavor between the two rocks, Mason took his position and started the small steps towards the other side. One step after the other, Mason took the surrounding onlooker’s breath away as he became the first person to cross from one rock to the other in this historic moment in slack lining.

This initiative, launched and implemented by Red Bull, was adopted by the Lebanese Ministry of Tourism, helping to bring one of Beirut’s most wonderful sites to the limelight, and to promote tourism in Lebanon, a country rich in outstanding sites, monuments and locations. 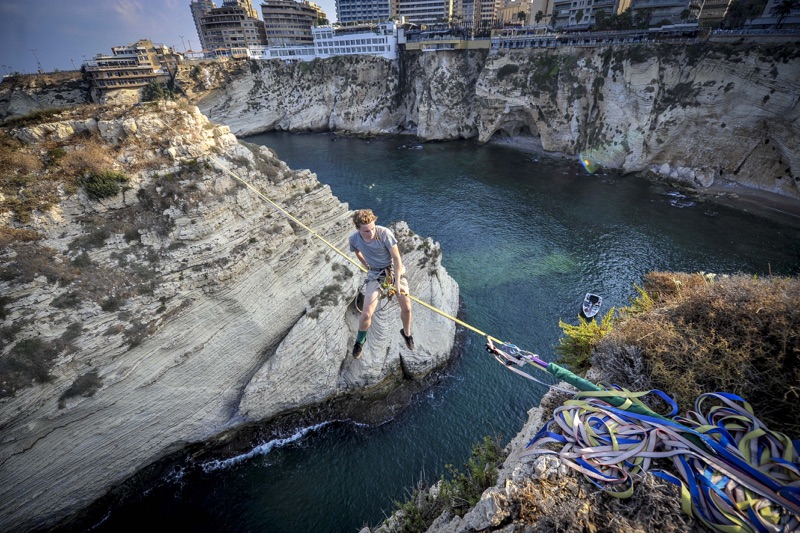