I am the all-seeing owl. An omni-retina that locates and exposes the rock bottom state that the people in our country have reached, the abducted rights, the abused privileges and above all, the forever declining sense of humanity. 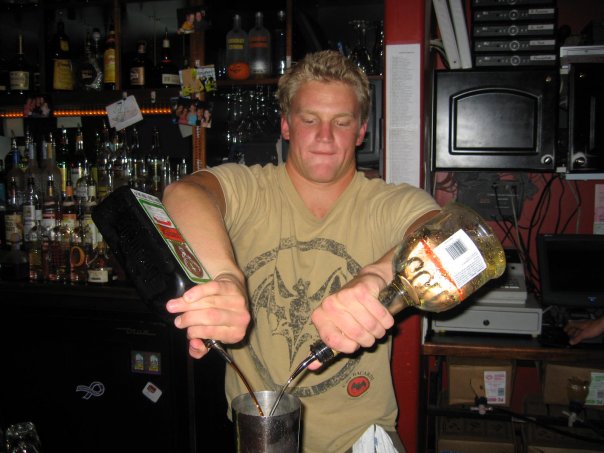 So we woke up today to yet another “constructive” decree that would serve and boost our already solid touristic sector, all pun intended. The minister of economy and commerce decided to issue the final warning to all bars, pubs, and clubs that serve alcoholic beverages, forbidding them from serving a cocktail shot named “Liquid Cocaine”. Now i can see where this might confuse the authorities and all, but come on people are you guys for real?

We live in the 21st century in a country that prides itself with 6000 years of civilization. Of course we tend to destroy its ruins every now and then so that we can build a shopping mall or a high end residential building, but then again can you blame us? That’s our idea of progress and evolution!

My fellow owls, i am a “boumeh” that seeks pro active thinking and not just indoctrinated ideas that molds us into judgmental stereotypes. To ban serving a drink just because of its name is so absurd, it’s not like it contains illegal substance. Besides did they ban the actual drink or just the name of it? For instance, can i walk up to the bartender and ask for that drink without naming it? Just imagine the following scenario;

Bartender: Hi man, what can I get you?

Me: Can i get 2 of those shots that we are forbidden to name but ok to drink?

You guys see what I mean? This is beyond reason and it’s not exactly what i would call a constructive move in any way, shape or form. However, if by the official decree they are banning the ingredients, then we must all wonder why. I mean if I am not mistaken, Jagermeister and Goldschlager (the ingredients of the cocktail) are perfectly legal and served everywhere.

Another point to be taken into account, that is being a touristic destination and a host to many tourists, at least when things are calm and “safe”, how would this law be enforced on a European tourist for example if he happens to walk into a bar and orders “The Shot That Can’t Be Named”?

I guess we’ll just have to wait and see!