All Seeing Owl: Dear local media, PUT A SOCK IN IT! 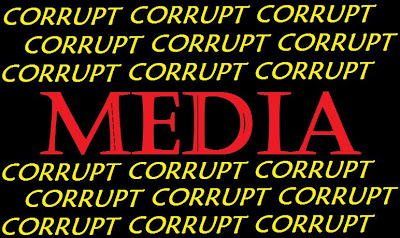 We are the all-seeing owl. An omni-retina that locates and exposes the rock bottom state that the people in our country have reached, the abducted rights, the abused privileges and above all, the forever declining sense of humanity.

Dear local media, PUT A SOCK IN IT!

We live in the media era without a shred of a doubt, but people seem to constantly underestimate its true, most of the time abused power. There is no such thing as objective journalism. You might as well snap out of whatever dreamland you fell into and accept that truth once and for all. We live in a nation ruled by war lords and mobsters. We live in a nation packed with cattle and sheep. Those same sheep nagging about their corrupt leaders, called back to re-elect them over and over again. And it happens that each leader has his own media channels that defuse and promote his views and actions. Those channels have penetrated our homes, schools, jobs, and took over every source of information that the people have access to. Their sole mission; RATINGS RATINGS RATINGS!!! Whoever gets more market share, makes more scoops, brainwashes the most people into believing whatever propaganda he’s feeding them. Not caring about the implications it has on the country’s daily social life, the economy, the well being and security of the citizen. Our opportunist media doesn’t care about “F’ing up” the tourism, the sector that provides over 65% of the country’s income. They don’t give a damn about hotels occupancy, resorts, music festivals, clubs and restaurants, all of those who have booked international and local artists and acts. All they care about is this radical group issuing a threat to attack this or that city, and i wish they all stick to the same story! NO! They start raising the stakes by who can declare a closer date to the actual attack to intensify the suspense! After all they have their reliable sources! NOT!

And after all of that, they PMS about not having tourists visiting for the summer season, and european and arabic embassies issuing evacuation notices to all their citizens in lebanon. You lowlives hypocritical irresponsible tabloids that calls themselves media channels, have some decency and ethics toward yourselves at first and then towards the citizens of this country. This “boumeh“ can’t help but wonder what happened to the concept of “Responsible Journalism”? Have you no ethics whatsoever? Over a false or exaggerated report a civil war can easily break out. Have the decency at least to distance yourself from all the negativity that doesn’t do anything but aggravate an already crappy situation and gets it to escalate into uncontrollable proportion. Wake up before you ignite this fuel barrel you greedy gold diggers! Wake up and stop your manipulation over the people’s minds!

A commitment should be made from all the media channels, especially the news oriented ones, to distant themselves from all destructive and abusive news that could lead to any sort of conflict or confrontation. No more coverages for people burning tires and blocking roads! No more coverages for brainless radicals issuing threats to eradicate  other groups. No more coverages for any barbaric and backwards act that shatters the civilized and progressive image of Lebanon that at least most of us are trying to preserve. Those radicals and brainless road blockers are doing it for the publicity and to be seen doing their acts! DO NOT GIVE THEM THAT BREATH OF AIR!

This is a cry out to all of the TV channels out there. Have the decency and the sense of responsibility to take action now before it’s too late.