Where Do We Go Now? Nadine Labaki Talks… 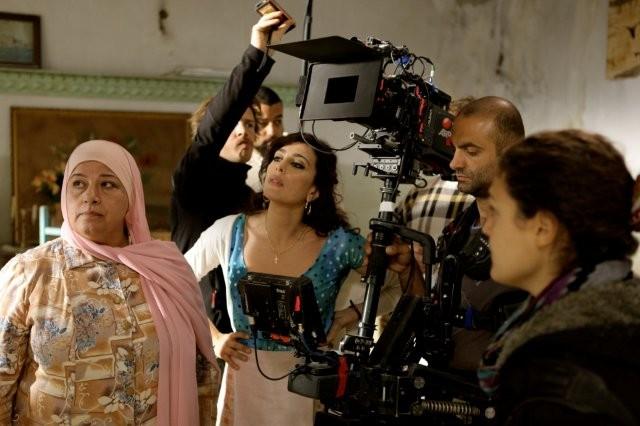 Where do We Go Now?

Straight to the Oscars, I would say. Watching this sensational movie directed by Nadine Labaki took me a journey of emotions… laughing my lungs out one minute and sobbing like baby the other. I loved it…

Produced by Anne-Dominque Toussaint of Les Films des Tournelles, this movie has so far won the Cadillac People’s Choice Award at the 2011 Toronto International Film Festival, Best European Film at the 2011 San Sebastian Film Festival, and is Lebanon’s entry in the Best Foreign Language Film Category for the 2012 Academy Awards.

Nadine Labaki tells her fan more about her second feature movie after Caramel  – the story, the preparations, the emotions and more… the essence of the story through the artist’s eyes and thoughts. 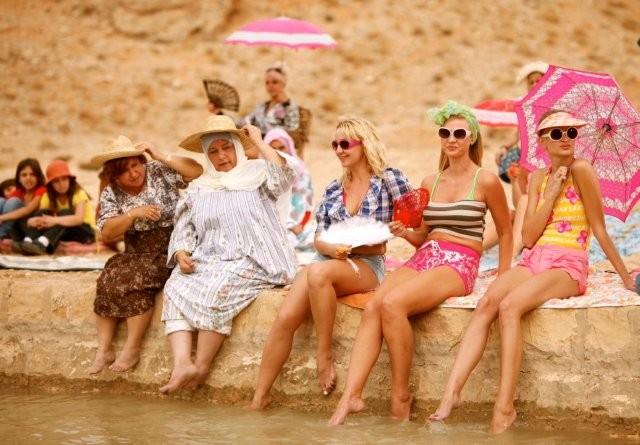 Nadine, how would you describe the story in a few words?

The story takes place in an isolated mountain village in Lebanon, where Muslim and Christian women join forces, employ various methods and make certain sacrifices to stop their men from killing one another.

The name of the location was never mentioned, although one would imagine that it takes place in a remote town in Lebanon. Why is that?

For me, this war between two faiths is a universal theme. It could just as easily be happening between Sunnis and Shiites, between black and white, between two parties, two clans, two brothers, two families or two villages. It’s an embodiment of any civil war in which people in the same country kill each other, when they are neighbors and even friends.

Can you tell us where it was filmed?

We filmed in three different villages in Lebanon: Taybeh, Douma and Mechmech. The first, located in the Beqaa valley, is really a Christian and Muslim village in which the mosque is next to the church, just like in the narrative.

Although the essence of the movie is dramatic – I couldn’t stop laughing on so many occasions while watching.

Using irony to deal with life’s misfortunes is a survival strategy, a way of finding the strength to bounce back. In any case, for me it’s a necessity. I wanted the film to be as much comedy as drama, so it would inspire as much laughter as sadness.

Were you inspired by a true story?

Not at all. The basis for the film is very personal. I found out that I was expecting a baby on 7 May 2008. On that day, Beirut slipped into war again: road blocks, the airport closed, fires and so on. Violence broke out all around. I was working at the time with Jihad Hojeily, my co-writer and friend, and we were thinking about my next film. In the city there was full-blown street-to-street fighting. People who had lived for years in the same building, who’d grown up together and attended the same schools, were suddenly fighting each other because they didn’t belong to the same religious community.

And I said to myself, if I had a son, what would I do to prevent him from picking up a gun and going out into the street? How far would I go to stop my child from going to see what’s happening outside and thinking he had to defend his building, his family or his beliefs? The idea for the film grew out of that.

Why do we often have movies about war, when it comes to Lebanon?

It’s not a story about war; on the contrary, it’s about how to avoid war. You can’t live in Lebanon without feeling this threat, which ends up coloring what we do and our ways of expression. If you’re vaguely sensitive to what’s going on around you, you can’t avoid it.

Yes, some people may object to the film because the events that occur are perhaps too unlikely for my country. Christians becoming Muslims and vice-versa is absolutely unthinkable. But it’s precisely to have the freedom to recount this situation that I didn’t set the story in Lebanon, and that I wanted a sort of imaginary tale.

Is it a musical? Some say it is while others say it not so much? Why’s that?

I was inspired by childhood dreams when I used to watch musical films like GREASE and animated movies like SNOW WHITE and CINDERELLA. The film is not a musical comedy in the strict sense, but since I didn’t want to make a political film, the songs and dancing allow me to inject a mood of fairytale and fable. What’s more, the film starts with a narrator announcing that she’s going to tell a story. A little like one says: “Once upon a time.” 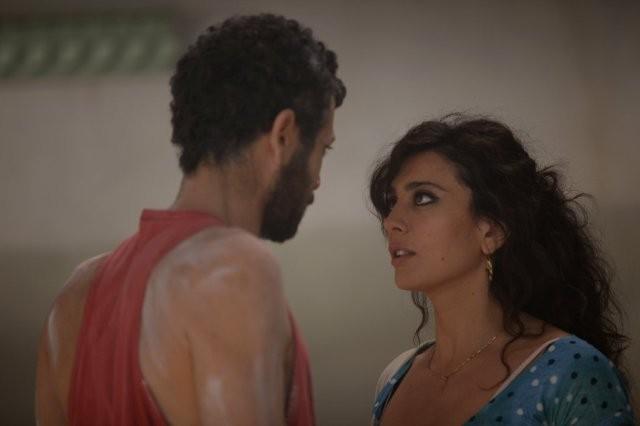 The character you play is in love with a man from another religion. The feelings are reciprocal but they never actually unite, except through a song that each of them sings in their heads. Is that a way for you to show that such a relationship is impossible in reality?

Even inside their heads, they only voice it in a very restrained way. Even though we like to think that today all that stuff is behind us, a marriage between two young people from two different communities is still very problematic in Lebanon. As much for the family and wider society as for the couple involved. In the film, it is never stated that it’s

forbidden, but the two lovers only dare express themselves through a song.

You are known to work with non-professional actors?

Because I like playing with reality, putting real people in real situations and letting them create their own reality. I like experimenting with using their mannerisms, their voices, their way of being. The casting process was intensive. For weeks, a dozen people scoured the streets. But I also chose several professional actors like, for example, the village mayor.

His wife in the film is in real life the wife of a man from one of the villages where we shot. During location scouting, she came up just to say “Welcome to our village” and I persuaded her to take a role. She’s fantastic!

Did you use only natural sets?

The village in the film has endured war, and found itself cut off from the outside world, with neither television nor telephone, connected to the rest of the country by a bridge dotted with landmines and shattered by shelling. Together with Cynthia Zahar, we worked a lot on all the details and wanted everything to look real – the materials, the texture of the walls, wood, fabrics. You had to feel the passage of time, the poverty, the isolation.

The choice of clothing must have been a complicated exercise since you had to portray each community without caricaturing it.

Once again with the aim of authenticity, my sister Caroline, who is the costume designer, did a huge amount of research. It was all the more difficult because I didn’t want to set the story in a precise period. And we had to bring a whole village to life. 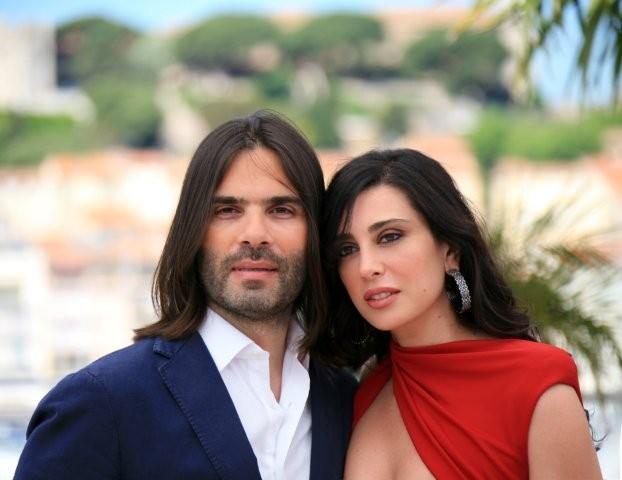 Khaled Mouzanar did the music for this film. How is it working with your husband?

Khaled is also the father of my child. I like his sensitivity and I’m continually surprised by his ability to visualize the images of the film and to translate them into music just from reading the script. During the writing period, he picks up on scraps of the story or certain scenes during discussions with my co-writers and sometimes, when I’m in my son’s bedroom reading him a story, I over hear tunes that Khaled is playing on the piano which goes perfectly with one of the scenes – just the way I have imagined them. It happens naturally.

The song lyrics are by Tania Saleh, a very good friend and an extremely gifted artist.

Between your two feature movies, Caramel and Where do We Go Now?, has Lebanese society changed?

In Lebanon, the facades of the buildings are often very beautiful with balconies brimming with pretty flowers. But on the other side, the rear courtyard, it’s a garbage tip. The same goes for the people: They pretend to be free and that everything is fine, but in fact, there are many taboos that have yet to be challenged. The reason for this is that we haven’t yet found our own identity. You can see it, for example, in our language.  A whole section of our society, educated and cultivated people, no longer speaks Arabic but English or French. Yet it is those people who could speak it the best.

Tell us about the title of the movie?

The title comes from the last line in the film. Just when you think they have achieved something, resolved a situation and found a solution, suddenly, it all seems to fall apart again. The women in the village came up with the ultimate stratagem to make the men understand that war is absurd. They succeeded; but what’s going to happen next? “Where do we go now?” I don’t have the answer to that.