In this world talent is everywhere, chances are limited. Nike, the world’s leading designer, marketer and distributor of authentic athletic footwear, apparel, equipment and accessories for a wide variety of sports and fitness activities, understands this very well therefore are launching a global wide talent search dubbed “The Chance”. Pep Guardiola today launched ‘The Chance” 2012 – a unique global football talent search that gives young amateur footballers from around the world the chance to prove themselves on an elite stage and take their game to the highest level.

This program is the perfect way to support talented young individuals who are unable to find a way to put their skills into playing professionally. ‘The Chance’ will allow the best young footballers to train and play at the leading facilities in world football, showcase their skills in front of elite coaches and mentors, and develop and improve their talent, with one aim; to get noticed.

For the First time ever in the Middle East region talented players for 55 countries will take part in this search, including UAE, KSA, Qatar and Lebanon, who will be taking part in “The Chance Trials”. The best 100 players from these trials, watched by top Nike coaches, will then travel to the global final in Spain. This program was first launched in 2010, and has since seen thousands of talented footballers participate in coaching at the very best level.

This year’s program promises to be the most global and competitive yet!

And we can see why! The best 16 footballers from the global finals will be chosen by Nike to experience the ultimate training tour as their reward; facing some of the most renowned academy teams in world football, including Manchester United and a U.S. Youth National Team during a once-in-a-lifetime four week tour.

Players will live the life of an elite footballer and train at the best facilities under the watchful eyes of club coaches and scouts. This is a golden chance to get noticed and potentially win a professional contract! 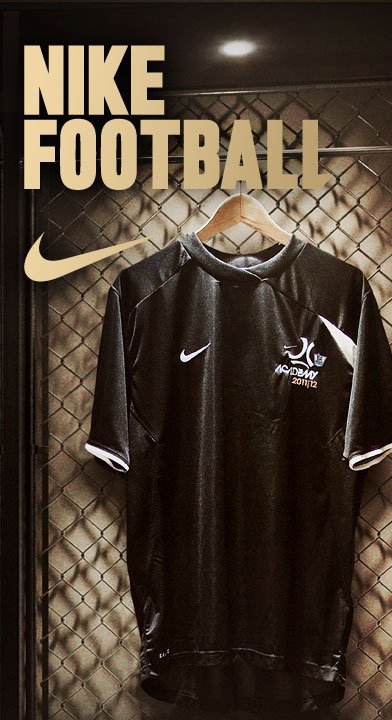 Words from the people behind the program:
Pep Guardiola, global ambassador for The Chance and FC Barcelona Manager, said:  “The Chance gives young players from around the world the opportunity to showcase their talent and develop their skills on a global stage.” He adds, “The programme celebrates those players with passion for the game and the best technique, giving them the chance to get noticed and reach their potential.”

Seon Min Moon from Seoul in South Korea, a winner of The Chance in 2010 proves that the programme can change lives.  After joining the Nike Academy in the UK last season, (last year’s prize for finalists) his performances against sides including Arsenal FC and Inter Milan caught the eye of Swedish scouts, earning him a two-year contract with Ostersunds FK. He says, “The Chance gave me the opportunity to play with and against players from all over the world, helping my game, and getting me noticed by my new club.  It’s a dream come true.  I hope my story inspires the players in this year’s programme.”

Dreams really do come true, BeirutNightLife.com wishes good luck to all the football players out there who are taking the “Chance” to make their dream comes true!