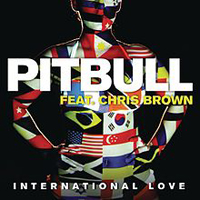 1. International Love – Pitbull feat. Chris Brown: Not sure if anyone noticed yet but Pitbull is a hit maker! I feel he is often over looked, but each song he produces is a hit yet the featured artists that sing with him usually get the credit. This song is a banger; it features Chris Brown who definitely adds a positive touch. It’s on his sixth studio album entitled Planet Pit. Check it out if you like to dance. A positive plus it mentions that “in Lebanon the women are the bomb”, agreed!

2. Lana Del Rey: Singer/songwriter Lana Del Rey has been in the music scene for a while but is just now finally getting the attention she deserves. The very beautiful vocalists with a strong and amazing voice has been described as a “self-styled gangsta Nancy Sinatra”, now if that doesn’t sound cool, I don’t know what does. Pick up her latest album Born to Die, and let me know what you think. (I am sure you will love it.) 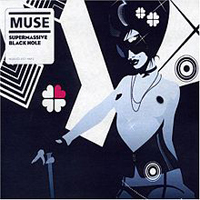 3. Supermassive Black Hole – Muse: This sexy, solid, rock song by the awesome English rock outfit Muse is one I play over and over again. It is featured on their fourth studio album Black Holes and Revelations, which consequently is also an amazing album. Muse is a band that puts out solid records one after another. This song I highlighted on simply because it is my favorite, but any Muse record will surely not disappoint. 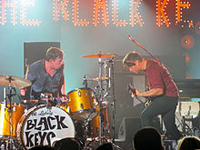 4. The Black Keys: The Black Keys is hands down one of my favorite bands of all time and they formed in 2001! The group consists of two members Dan Auerback (vocals) and Patrick Carney (drums). Dans voice is deep, scratchy and most of all sexy.  Danger Mouse, a frequent collaborator of the band, produced their album Attack & Release. Later they hit it big and won three Grammy Awards for their popular single “Tighten Up”. Check out “Tighten Up” for your introduction to Black Keys. 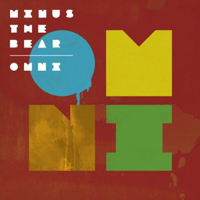 5. Omni – Minus The Bear: Minus the Bear is another Indie Rock outfit that I feel don’t get the attention they deserve. Their sound has been described as “pele-esque guitar-taps and electronics with sophisticated time signature composition”…very technical but in any case they rock. Check out the album Omni, which is to me very smooth, sexy, and you can groove to it, while at the same time is a rock album. 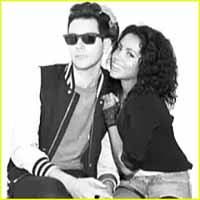 6. You Make Me Feel – Cobra Starship feat. Sabi: Gabe Saporta and crew have done it again with an upbeat Pop dance track that will put you in a great mood. The synth-pop band puts out records that are fun and made for partying. This new hit single is most definitely in rotation on my iPod, it’s simply a blast.

7. Joy Division: Legendary, pioneers, paved the way, one of a kind, unmatched these are words and phases I use to describe Joy Division. This English rock band formed in 1976 is a band everyone should listen to, study and pay homage to. They initially began with the punk rock sound but then developed a sound style of their own which pioneered the Post Punk movement of the late 1970’s. Many rock bands today. Unfortunately the bands mastermind and front man Ian Curtis, overwhelmed with depression, committed suicide. The band then went on under the name New Order who then achieved commercial success.

8. Baroness: A band from Savannah, Georgia is not to be over looked if you are a fan of metal, sludge metal, progressive metal. The band has two full-length albums out, the Red Album and the Blue Record both equally as good, as well as a few EPs. Again if you are a metal fan this is a band you should add to your music collection.

9. Rabiosa – Shakira: My favorite Shakira song, it’s true this women can shake it (she is half Lebanese after all), she constantly puts out tracks that are made for dancing but this song Rabiosa is my absolute favorite. It’s sexy, a little naughty and most of all gets you going! She recorded the song in summer of 2010 and guess who the song features…Pitbull. See I told you above he is always over looked. It’s a must to add Rabiosa to your dance mix. 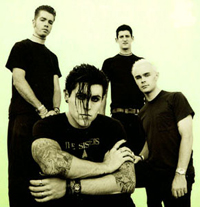 10. A Single Second – AFI: AFI (a fire inside) reached commercial success a while ago but before reaching commercial success the band had many songs and albums that may now be forgotten due to success of later albums. I want to go back to AFI’s self titled album and recognize my favorite AFI song, A Single Second. The song is fast pace, punk rock reminiscent of AFI’s early years. It’s a great track and a great album. I enjoy all of AFI’s albums but A Single Second’s sound is how I know and remember the band.