Monot VS. Mar Mikhael- Battle of the Neighborhoods! 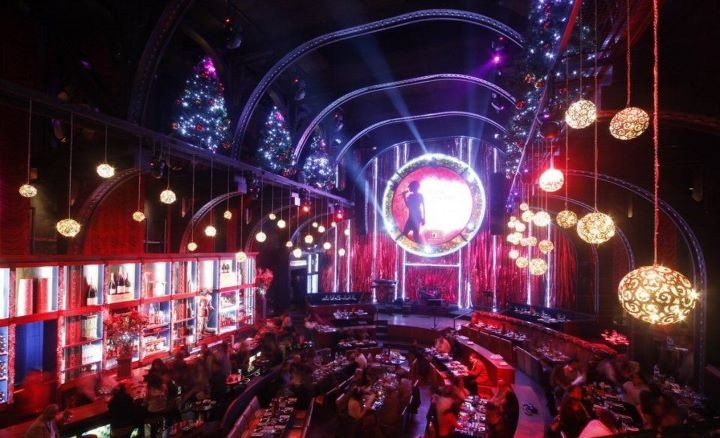 The battle of the neighborhoods continues! This time, it’s M VS. M and it also seems to be a case of the old VS the new. Many of us grew up spending our weekend night at the Monot neighborhood’s many bars, pubs, restaurants, clubs and lounges. It was the first area in Beirut that became a nightlife hub over 10 years ago. This is where it all began. It was looking at Monot as an example that the other Lebanese nightlife hubs started to spread, but Monot was always a shining example, and continues to be a vibrant district filled with great venues and activities. On the other hand we’ve got a much newer neighborhood, Mar Mikhael, which until very recently was just another residential part of Ashrafieh. But in a very short period, mushrooming pubs and restaurants have transformed the quiet area into a very colorful center for great food, drinks, friends and fun, fast becoming a favorite among all kinds of crowds, from the rebellious leftists to the posh foodies and just about everyone in between.

Getting Merry in Monot

From the top of the incline and trickling all the way down, Monot is one of the most diverse streets in town. Towards the top, there tend to be more restaurants than anything else, from the famous L’entrecote and Abdel Wahab, to newer venues like Café Sho, Guton Voir, Julia’s, and that’s not counting the mouthewatering venues just parallel to Rue Monot, including Falamenke, La Piazza, Yabani, La Bodeguita Del Medio, and a few others. 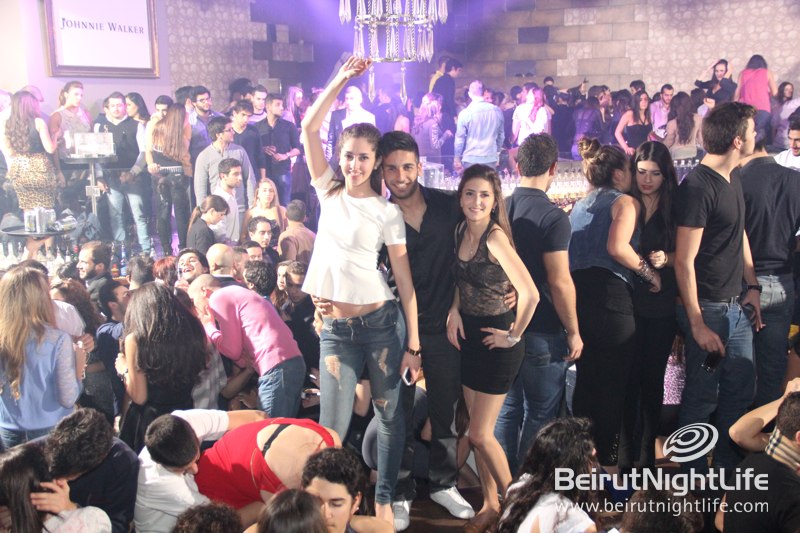 For the party animals there’s Palais by Crystal, a landmark in itself. The location has undergone changes in name and management several times but it’s by Crystal Group’s pride and joy for the past 6 years. Another party gem is Brut, popular with the young crowd who love a good theme night. The older crowd can take a short drive (or not so long walk) right up to Cassino.

In the little alleyways towards the bottom of Rue Monot is a series of awesome pubs, from Rococo with its live band performances and great food, to the truly old skool places like 37 Bar & Grill and Hole in the Wall. Next door is the legendary Pacifico, with its renowned latin food, mojitos and margaritas – don’t even dream of walking in without a reservation past 8 PM, the bar is packed and the tables are full of customers with whet appetites. And in between there’s a series of pubs and bars, from 107 Victor Hugo, the Greedy Goose, Yumi, and Unplugged as well as many others. 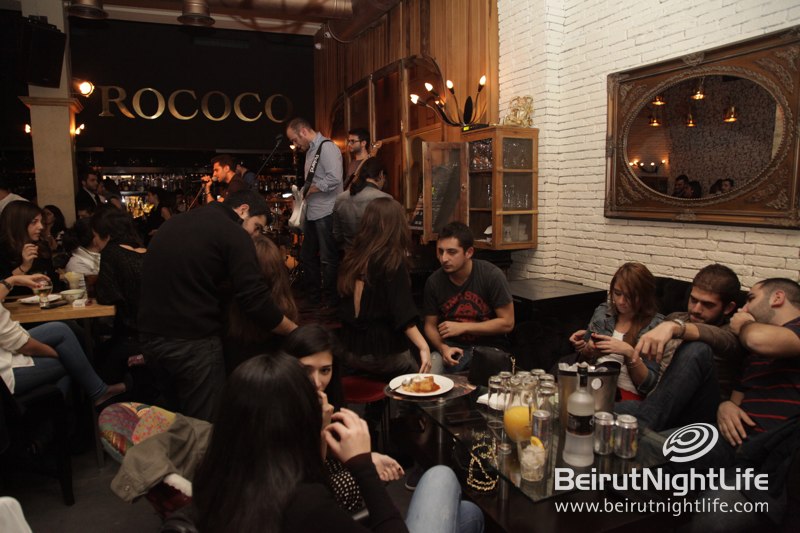 There’s no question about how hot Mar Mikhael is right now. Everyone who is anyone has visited the many restaurants, pubs and bars that line the little street (and experienced the traffic). The district is almost a continuation of Gemmayze, but definitely all its own. Perhaps the first venue at the border is Behind the Green Door, named after a legendary pornographic film and known for great after hours activity and the hottest people in Beirut. Its next door neighbor Name This Bar is simple, chill and often features live musical acts. 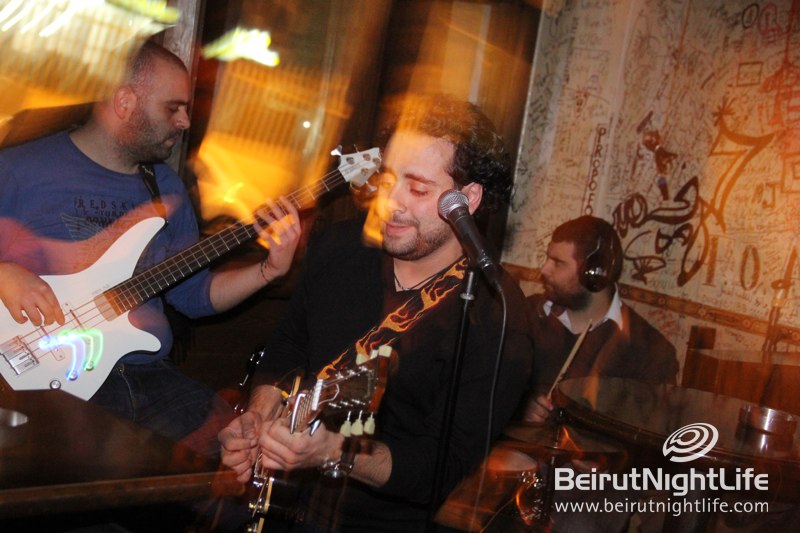 Down the street you’ll find more chilled-out venues, many of which have live performances on a regular basis, including EM Chill, Abbey Road and In Beirut, and even further down and around the corner, Dictateur. Many tourists and Beirut’s international crowd love the tiny holes in the wall and larger bars like the little cluster between music-loving Radio Beirut and Internazionale – not forgetting those places that then swoop around the corner. If you’re not sure where it is, just look out for a pack of smokers standing outside a series of bars right on the sidewalk.

Many of the classy and delicious restaurants on the street and in its parallel alleys are set up in old buildings and houses that give them a vintage, old-world feel with a modern twist, including Vila Clara, Seza, the Italian Fiore, L’Oca Matta and Tavolina, Toto (the brand new restaurant in place of recently-closed Chez Sophie), BlackRock the steakhouse, and Frosty Palace, known for having one of the best burgers in Beirut, and Arabic favorite Enab. 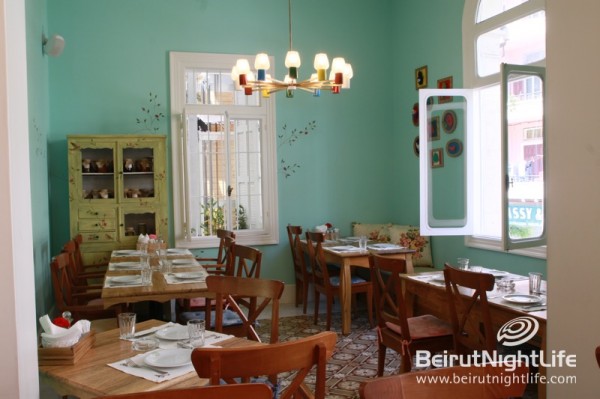 And let’s not forget towards the end of the street lies one of the most lush clubs in Beirut is the legendary, star-studded Mandaloun.

You can even enjoy Mar Mikhael during the day, with great organic produce and home cooking at Tawlet restaurant. Plus there’s cool stuff like last year’s pop-up restaurant The Junkyard (which disappeared into the winter but is rumored to be re-popping-up again this coming summer!) and the conscious-minded Nasawiya Café.

So which of the two Ms do you think is the best? Is it the reigning old skool Monot with its diverse variety of venues, or the up and coming Mar Mikhael where chill pubs spread like wildfire? Again, it’s a matter of taste, mood and . The battle rages on and meanwhile the Beirutis reap the benefits of having awesome choices of nightlife spread throughout the city in clusters of awesomeness.