A Moment with Yasmine Hamdan 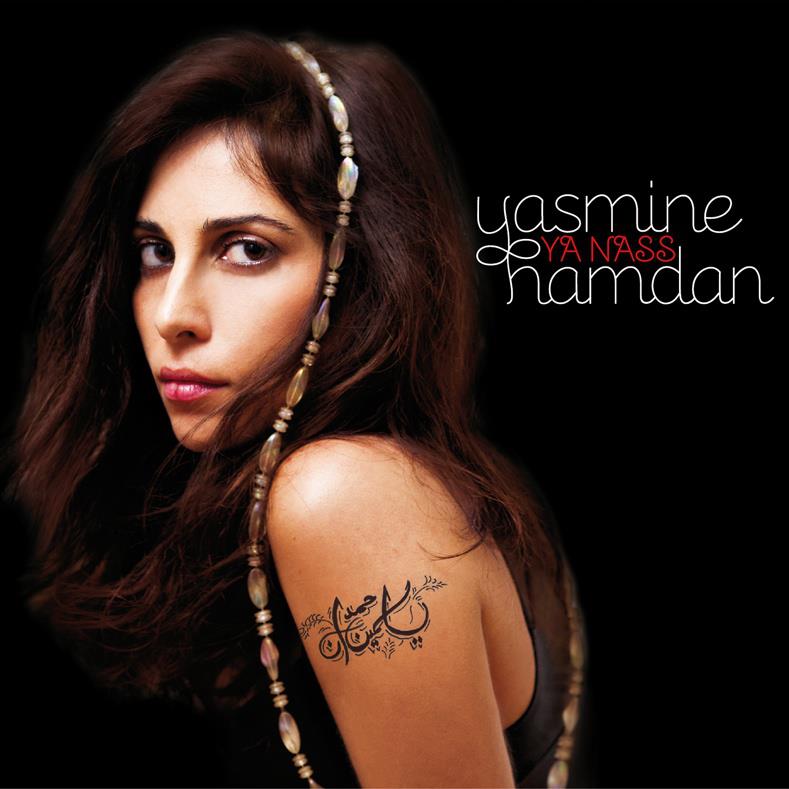 She’s beautiful, talented and charismatic. Beirut-born Yasmine Hamdan is a pioneering musician, but also so much more, and while the artist is constantly evolving, she remains true to her style.  She started as the front-woman of Lebanese duo Soapkills in the late 90s, gaining loads of loyal followers who appreciated their unique and authentic sound. Yasmine went on to collaborate with the legendary Mirwais (who’s worked with Madonna) on a project called Y.A.S. in 2008, and is now back with a new album “Ya Nass”. She’s also acting in a newly released movie called Only Lovers Left Alive starring Tilda Swinton, and is touring Europe, the Middle East and North America, making a noteworthy stop at Glastonbury Festival at the end of the month.

Currently based in Paris, she hasn’t performed in Beirut in 5 years and her fans are hungry for her music. Ahead of her highly anticipated concert in Music Hall Beirut Waterfront on June 8 as part of Liban Jazz, Yasmine talked to BeirutNightLife about her upcoming performance, her music and what else she’s been up to.

What’s the difference between performing in Lebanon vs. abroad for you? Is it more special being in Beirut?

Lebanon is home, I always look forward to playing here. This trip is very exciting because I have more time to talk about the album, the movie, have some fun in Beirut and of course prepare something special for the concert on June 8th.

When did you first discover your talent for music?

I didn’t really discover a talent but rather a passion for music; I realized at a very young age that it was my calling.

How has your style evolved since your Soapkills days?

I’m in a constant state of exploration and metamorphosis. I spend a lot of time finding new territories and discovering music from far away places like Sudan, Pakistan and China. My style is also a result of the encounters I made in the past years and to that regard I am very lucky to have clicked with people like Zeid Hamdan at the time we started Soapkills, then Mirwais, Marc Collin and Jim Jarmusch amongst many others. That being said, I am still me!

What was it like working on your film, Only Lovers Left Alive?

Jim Jarmusch is one of the most inspiring artists I know. We met at the Marrakech Film Festival. He was in the process of writing the script for “Only Lovers Left Alive”, he saw me perform and decided to write a scene for me. It was amazing to meet him, I really admire his creative approach and freedom. When Jim was ready for shooting, I read the script he sent me and fell in love with it! I started dreaming and wrote the song “Hal”, then recorded it. We shot the scene in Tangier in August; it was a live performance in the Old City, with a real crowd. A magical night! I am certain Jim was sent to me by angels!

Are you working on anything else at the moment?

Right now I’m focusing on the promotion of my latest album “Ya Nass”. It’s going very well so far, busy summer with concerts, and probably a fun tour in Asia in the fall. I love performing, it makes me feel very alive. I’m very privileged to be doing something I love, and I try not to forget that!

What can we expect from you in the future?

More music of course! Touring but very soon i will have to take a break and start working on my next album.

Do you have a word of advice for aspiring Lebanese musicians?

Work hard, stay curious and true to what really turns you on!