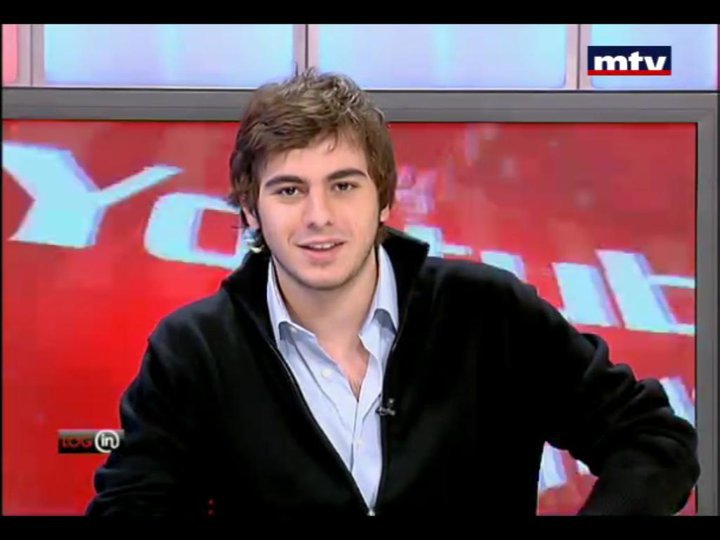 When we hear about a TV star or someone who works in the entertainment industry we automatically picture someone who loves the limelight and attention. But that is not always the case. When it comes to MTV personality Philippe Yacoub it’s quite the opposite. Philippe Yacoub, a normal guy, music lover, part time DJ and sports fan caught a big break. Randomly scoring a gig on Arab music channel Rotana, as the game show host for “Rotana Xpress”, Philippe found his niche. Being extremely comfortable behind the camera as well as owning a charming personality Philippe later took residency at a station that absolutely fits his style. First joining MTV as part of the MTV Alive crew, Philippe later transferred over to Log In, the show where he hosts alone, sharing segments on topics such as Websites, Weirdos, TV commercials, Youtube videos and more. I caught up with Philippe Yacoub to get the story about the simple guy behind the cameras…

Introduce yourself and let the readers know where you currently work, what shows you are presenting etc.

Well I’m Philippe Yacoub, I’m 24 years old and have been in the media field for 4 years now.  I currently work at MTV-Lebanon hosting @mtv/Log-in show and Autofocus. I also DJ part time at Secteur 75 and that’s what I do.  Who I am is not so different from my TV persona. I dislike fakeness in general (kind of ironic since I work in what people call a fake environment but it isn’t totally true to be fair). I enjoy sports, mainly Football and Basket-Ball, as well as my love for music mainly Indie.

How did you get into the entertainment industry and to MTV?


It started quite weird, one day I was standing minding my own business on campus 4 years ago when a woman comes up to me and convinces me to cast for a show called Rotana Xpress on Rotana. I figured I have nothing better to do so why not? I spent a career building year at Rotana then moved to MTV, since everyone knew me there already and trusted me, so here I am.

What is the most difficult thing about your job?


The most difficult thing about my job would have to be reinventing myself day in day out, as the audience doesn’t want to hear the same things over and over. Also being as sharp as I can be for live television everyday and keeping my cool.

Do you get recognized everywhere you go?

Well, not everywhere I go, no and thank God for that. I’m not really the stardom loving kind of guy. I like to keep it simple and cool in my day to day life. Although, year after year people are recognizing me more and nothing better than being genuinely complimented on a job well done!

What are you hobbies outside of work?

Outside work I love to play and watch sports, I’m a big Juventus fan. I watch lots of movies, sitcoms and series, listening and discovering new songs and artists as well as playing lots of video games and pretend to philosophize on life :p !

Where do you spend your nights out?

I’m not a big clubber, I enjoy it every once in a while. I like to hang out at bars with non commercial music on, going to the movie theaters, maybe catch a live performance or a play from time to time and of course hanging out with friends.

You are a big music fan, tell me a little about that and about Green Wing Bird.

Green Wing Bird is my music blog, where I am supposed to post a song that I like every now and then and give a background about the band and the song and why I like it, it has an audio and video player on it. I’m not really giving it the attention it needs but I will get to it very soon. For all those interested in having a look the address is: http://www.greenwingbird.blogspot.com/

Is Lebanon where you will always call home or would you like to live in and explore other countries?

Lebanon is and forever will be my home. I am part Italian as well from my mom’s side with a passport and all and I’m fond of the culture there, especially the food and the calcio (football), and I love travelling the world and getting to know other cultures and exploring nature, but as they say there’s no place like home. Lebanon to me is my perfect mess.

The Grind: I will list a word and you give me a word or short phase regarding what you think about the subjet.
Music: Greatest creation by mankind. 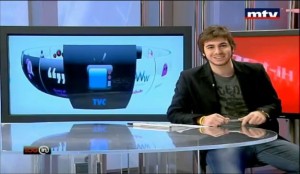 MTV: Family.
BeirutNightLife: is Everywhere. Literally!
Lebanon: The perfect mess.
Love: A 4 letter word.
Perfection: Overrated.
TV: Fun and could be very educational if watched right.
Entertainment: Is an Art.