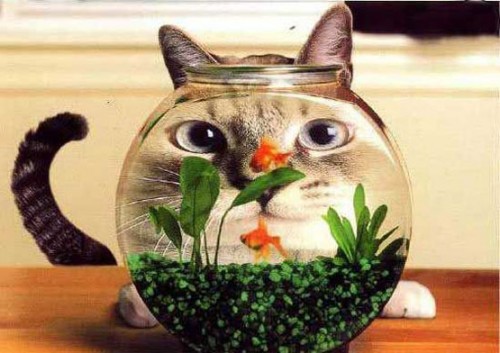 The New Year brings with it new promises, new expectations, and new beginnings; it’s always an excuse to put aside a pessimistic attitude and find hope in what lies ahead. It reminds me of the “Monday Diet” – the diets that are always intended to start on Monday; I’m guessing this is because of reluctance and laziness to take hold of your life and take action now. It’s the same thing for January the 1st; the “new you” starts on this magical day. Resolutions must be kept, changes must be made, and attitudes must be positive – and this all works out until February the 1st, where people have just about had enough of their fake promises and realize that the days are simply continuing as they were; and no magical unicorn will appear on a rainbow and make our lives absolutely fabulous. Nevertheless, every year’s end and beginning are filled with the same timeless traditions. 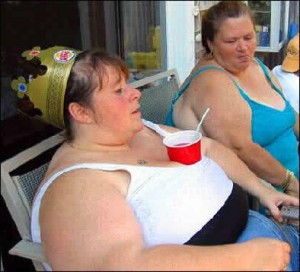 The “I will lose weight” resolution: I know a few people who weigh a bit less than their car, yet they always insist that the New Year will bring them self-control, patience, and tolerance to lose all the extra tons kilos; so they embark on a 3 week diet that is ceased by uncontrollable binging after the New Year Fever has subsided). They then ask themselves why a 3 week diet made them even fatter; a 33 week diet could do the trick though.

The “I will change my life” resolution: To a sane person, changing one’s life usually involves drastic and substantial adjustments. In Lebanon, it generally means changing one’s car, phone number, hair color, ringtone, or subscribe to the blackberry service. I do have to respect goals like these though, because mediocrity is so easily achieved. Why shoot for the moon when you already think you’re the center of the universe? 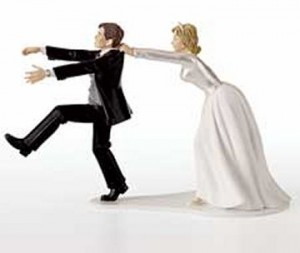 The “I will get married” resolution: Why all this focus on getting married and getting engaged? Of course, if two people have been together for a while now, it is only logical to take it to the next step. The trend now though, is to meet someone, get engaged within a month, and married within six. Why the rush? I’ve never heard of a 21 year old girl becoming infertile, and haven’t heard of a decent man becoming extinct. So, to all you wedlock wannabes, the clock is ticking; you have until June to have found the person stupid ready enough to dive into a life-long pact with someone like you* (*who is desperate enough to marry just about anyone, anytime…with a stable bank account).

The “I will get rich” resolution: Fair enough, I respect ambition – I just don’t believe that someone ca

n get rich by sitting on the couch and waiting for the lottery results. Gambling (Texas Hold ‘em to be precise) is for losers with nothing better to do; so if that’s your way of making money, I congratulate your parents on bringing you into this world – a great contribution indeed. Marrying into money also doesn’t count (especially if you’re a lazy bum who dreams of taking over his father-in-law’s company and milking it dry). Also, a big dream minus implementation equals The “I will be a loser” resolution.

The “I will quit smoking” resolution: I have tried this one time and time again and have only proven to myself what a big failure I am. I always find an excuse to dive right back into nicotineville with the rest of the weaklings. I have reached a point where no one believes my “This is my last pack” vow, and instead, just laugh at my failed attempts. So, to all those cancer-stick addicts out there (including myself), it is embarrassing to be controlled by a tiny rolled piece 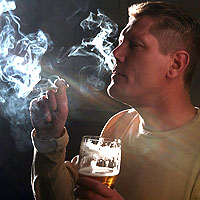 of paper that is stuffed with wood (I think), cotton, and a countless number of poisons. Until you can actually control this mediocre aspect of your life, forget about climbing Mount Kilimanjaro.

The “I will cut down on drinking alcohol” resolution: It is already clear that most of the Lebanese people are a bunch of alcoholics that drink every day. For a daily binge-drinker, it shouldn’t be so hard to friggin’ cut down a little; so why do certain people suddenly start looking sick, tired, bitter, angry, and yellow when they start sobering up? Isn’t it supposed to be the other way around? A month later, Mr. Alcoholic suddenly realizes that his entire life has changed and that he’s waking up earlier, feeling more active, and not vomiting 6 times a day anymore. In awe as to how this happened, he calls for a celebration, and in no time is drinking like a fish, eating like a bull, and vomiting all over the place.

The “I will become sexually celibate” resolution: Many girls have yet to acknowledge the difference between “Sex” and “Pringles” – the Pringles’ slogan, “once you pop, you can’t stop”, does not apply to one’s sex life. That being said, some sexoholics realize that they must resist shagging all that dangles, so they vow to make up for their wrong ways by becoming the unshaggable. Although this is a good thing, people around them must suffer from the TMI (Too Much Information) Syndrome that follows; concerning how izmiz is all they can think about, how they are abusing chocolate consumption, and how their dreams are all about *&^%$#@. I must admit, I couldn’t be more uncomfortable than when I am obligated to listen to such drivel…EEWWW!

The “I will become a better person” resolution: “Better” is a broad word that needs to be dissected and more specific. Some people end up turning to God (by becoming religious fanatics) and in turn, drive everyone around them insane; by becoming more annoying than the voice of your own conscience, and more judgmental than a jury. Their nauseating level of cheerfulness reaches an all time high and their hypocrisy becomes noticeable even to trees and plants.
Other people decide that they should stop hurting others by changing their gossipful ways. Learning to mind your own business is a very hard task in Lebanon, especially when you’re amid a circle of gossipers and force yourself not to give your opinion. I believe this is the hardest task for all Lebanese people, but is definitely one worth considering. Who am I to judge though? Every Monday I gossip about everyone and everything, and God knows how good that feels!

Keeping it simple is always the best way to go. Instead of wasting your time (like every year) by making 300 resolutions then spending half of your 2011 telling people about them, while you spend the other half justifying why you were unable to accomplish a single one, think of one small and simple change that you’d like to make in yourself and stick to it.
One small achievement versus 300 failed ones goes a long way. With little changes here and there, who knows, maybe the world can become a better place. Happy 2011; and make it a happy, fruitful one.
See you next Monday, and I hope your resolutions hold out till then!

“May all your troubles last as long as your New Year’s resolutions!” Joey Adams