La Wlooo!!!…Will You Marry Me? 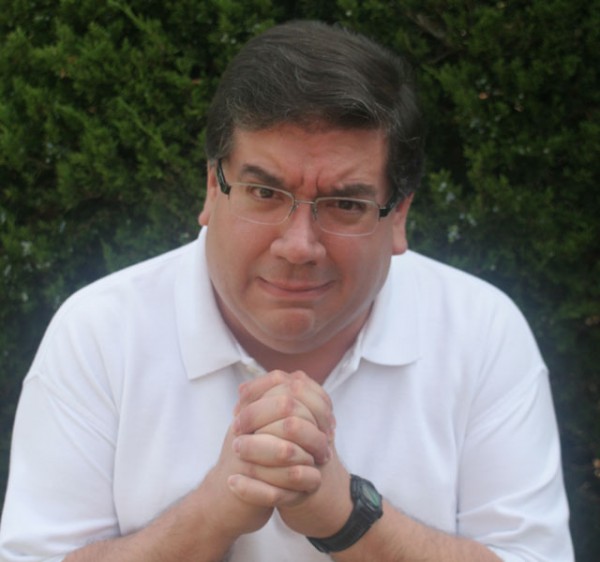 I have realized that the dating scene in Lebanon is close to non-existent. I have been studying this behavior for the past ten years, and it’s almost always two scenarios:
a) the friends with benefits (a.k.a. the booty call)
b) the girlfriend/boyfriend relationship (a.k.a. soon-to-be husband and wife from day one)

I’m not here to change anyone’s tactics, but whatever happened to that period of time designated to getting to know the other person better before you take it to the next step and tell everyone you’re together? I’m talking about that phase called dating that could last anywhere from a few days to a few weeks. I’ve been unfortunate enough to have met some horndogs who clearly just wanted a physical relationship, but that’s typical of a guy isn’t it? So it’s usually easy to snub these guys off and kindly ask them to rediscover the magical powers of their right hand. Life goes on.
BUT, what isn’t easy is coming across a guy who is totally clingy and wants to call you his “girlfriend” and possible future wife after 48 hours of meeting you. Yes, these “men” do exist . . .

Signs of a clingy man-gina:

Note that all of the following steps happen in the duration of four weeks or less.

The Encounter: He meets you on a Monday. He asks for your number and/or BB pin.  He calls you nonstop. By Wednesday he’s already called you 21 times. He even reports to you: “I just got home. I just left home. I just got to work. I just had lunch. I ate fassoulia . . . but I hate fassoulia . . . but my mom made it so I had to. What I do like is bazella w riz. I am going to nap. I just woke up. Let me tell you about my dream.”
STOP!
This is unacceptable behavior. Nothing is left to the imagination. I will go ahead and call this: harassment. It’s like a rule between couples in Lebanon: must report every detail. If you don’t, you’ll be labeled dishonest and incapable of committing to someone.

The Date: He takes you out on a date or two. The minute you lock lips, he doesn’t waste a minute to tell everyone you’re his girlfriend. In some cases, he may send you a relationship request on Facebook within the first two weeks to make sure it’s been appropriately declared to the entire galaxy.
This is basically the weakling’s way of making it known that you’re off the market. He wants you all to himself and wants no one else near you. You can no longer make plans with your friends without including him. God forbid you tell him to brace himself – or worse – that he’s not your boyfriend. He will give you attitude (like a girl), keep throwing hints at you (like a girl) and try to make you jealous (like a girl). In brief, he will turn into a full-fledged GIRL. He’s what we can refer to as “msharda2”.
As things progress at an unnatural pace, names on the phone should be changed to “Roger Hayete” and “Lara Habibi” with designated ringtones.
*Nausea*

The Friends: After asking everyone he knows about you (as though he’s buying a new car) and getting the 411 on everything related to your past, he will introduce you to all of his friends – all of them – granted that the carfax he gets is squeaky clean. He will ask his friends – in front of you – what they think about you because he’s too insecure to survive without society’s constant approval of his decisions and behavior. If you actually grow to like one of his friends, telling him “Hey I like Mark. He’s cool,” will only make him turn green with envy but he’ll “mask” it by telling you all sorts of ugly things about Mark so that no one robs him of his imaginary alpha male status.
It’s sad because he doesn’t know how ridiculous he sounds; he actually thinks he’s being smart. At this point you see right through his insecurities and potential menstruation possibilities. While you are disgusted, he’s already planning your wedding in the back of his mind.

The Male Friends: Your guy friends will be the object of his mystification. Whenever you tell him you’re going to have coffee with your male best friend, he gets that bewildered, stupefied, baffled, confused, perplexed expression on his face as he feels he’s being disrespected. It’s usually followed by a useless conversation like this:
Mr. Stupefied: “I like Ryan. He’s cool. So . . . how come you two never dated?”
You: “Because I consider him to be my brother as well as my best friend.”
Mr. Stupefied: “Ah. Oh. Ooh. Eh. I see. I just don’t believe in platonic friendship.”
You: “Is there a problem?”
Mr. Stupefied: (laughing and giggling retardedly) “No, no, no, noooo. Not at all.”
After telling him he’s insecure, he will look at you in disbelief as he tells you you’re the first person to ever tell him that, for he is known as the alpha male of his pack. We all have our dreams.

You see, he has a simple case of “I’m utterly retarded but I just haven’t realized it yet.”
One day.

The In-Laws: He’ll invite you to have lunch with his family (as a very official “what do you think of my new girlfriend” type of thing). You will witness their eyes on you at every instant. They will ask you a variety of questions that would indicate if you’d make a good life-long mate for their daughter son and bear healthy offspring. This means you should speak at least three languages, not smoke or drink (for a healthy uterus) and display good manners and values (which you will be passing down to your unborn children). There is no need to feel like you’re a frog being dissected. This is a normal move that your homo “boyfriend” does on every girl he dates. He’s actually offended that you haven’t done the same yet. He hints that he’d like to be invited for lunch. You pretend to be deaf. He keeps hinting for the next few weeks.

The Future: Yes, he talks about it a lot. He tells you about his career plans, his travels, where he’s planning on living, how many children he’s planning on having and what schools he wants them to go to. The not-so-subtle hints in his speech imply – nay, verify – that you are included in that future.
Psycho Husband-to-be: “I want to put my kids in a French school.”
You: “Oh. Good for you. I want to put mine in an English school.”
Psycho Husband-to-be: “WHAT?! NEVER! MY CHILDREN MUST LEARN THREE LANGUAGES!”
You: “What the f*** is your problem? You can pin tails on YOUR kids for all I care.”

To paint a clearer picture, he will send you a photo of him carrying a baby. As you find yourself wondering what the bloody point is, you realize he’s trying to sell you the “I’ll be a good father” image.
*Barf*
He may also show you his baby photos or tell you the 1001 tales of how he was a gorgeous child.
This is when you realize that his ovaries are aching for a fetus.

In less than two weeks, he’s already told you he loves you. He’s already made plans with you for the next 70 years; he’s already introduced you to every living soul he knows. He’s already put so many rules and conditions to bore, suffocate and choke you instead of enjoying what could have been a natural dating process.

At this point, you feel harassed, abused and suffocated. You have had enough and decide it’s time to set some ground rules. You explain to him that he needs to chill a little because he’s freaking you out. He is now offended on 56 different levels, and decides that you are immature and incapable of committing to a relationship. He makes you look like the weird person (because it’s only normal to make marriage plans after sharing one meal together).

I’m just sick and tired of hearing that all women are clingy, needy and obsessed with marriage. Last time I checked, the roles have kind of reversed and there are way too many twisted guys out there that have destroyed the notion of what a man should be like. I dedicate this week’s entry to all my girlfriends (and all the girls out there) who have had to tolerate such losers; you don’t need to accept this crap, because if the roles were reversed, they would have been running for the woods after date #2.

As for those women out there who appreciate and encourage this sort of behavior, I wonder if you’ve asked yourselves how much a man values you as a person if all he’s trying to do is mold you into his perfect trophy wife. Does he want to get married because it’s you that he loves? Or does he “love” you because you can fill up the spot of “wifey” in his distorted idea of a marriage? Think about it.

“Women don’t make fools of men; most of them are the ‘do-it-yourself’ types.”