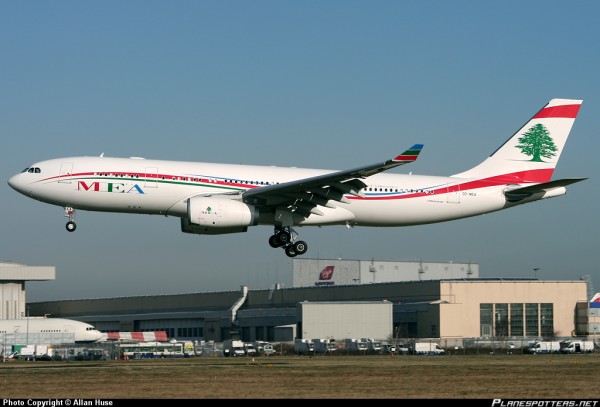 Hello wonderful readers, oh how I’ve missed you; especially those of you who constantly tell me to “leave Lebanon” . . . which I did, by boarding a 7-hour flight from hell on our beloved Lebanese airline, which not even Satan would want to fly on (which is the reason none of its planes have ever crashed – probably). Although I’m sure many of you have horror stories about said airline – and especially about its flight attendants – I’m certain that the worst tales must come from the ‘Beirut to Lagos/Accra/Abidjan’ flight (a.k.a. my bi-annual flight to Nigeria) in which all the inbred people of Lebanon come together in one closed aircraft for what feels like an eternity from the 7th circle of hell, to make you contemplate death for 7 dreary hours. I will explain to you what it’s like in the nicest way possible.

First of all, the horror of this vomit-inducing flight begins at the airport, specifically during check-in when the woman in front of me, wearing 3 layers of makeup and 11-inch heels, and carrying a weeping, wailing infant (that should be silenced with sleeping pills), lugs her 17 bags around on three different trolleys. Who cares if I’m practically falling asleep and I only have one luggage to check-in? Who cares if her little crying nuisance sounds slightly less irritating than fingernails scraping a chalkboard? And who cares if I’m standing there passively watching Satan’s spawn throw up all over the floor from crying too much or from an overdose of breast milk?
. . . Disgusting . . .
My favorite part is when the demonic mother looks back at me expecting me to help – as though she’s entitled. Well, she’s got another thing coming if she thinks I’m getting down on all fours to assist her in wiping vomit and nasal discharge off the floor. What do these women feed their babies?! It’s as though they’re preparing to roam 6 months through the Saharan desert. It’s a 7-hour flight for God’s sake . . . in an airplane . . . with food on it.

Anyway, after this fiasco comes to an end, I like to waste some time at the duty free zone, where I can buy cosmetics at a bargain price of $4 less. Boy, am I a genius or what?! Here’s the million dollar question: is saving $50 worth the rudeness of the ill-mannered cashier ladies or the groveling, desperate-to-make-a-dime salesmen? In any case, I still pat myself on the back and begin running to the boarding gate. Picture this: if the noisiest circus married the smelliest zoo, their love-child would be the ‘Beirut to Lagos/Accra/Abidjan’ boarding gate.
Of course, since the majority of the passengers are Lebanese, they do not understand the concept of a line. PMS-ing mothers will push you shamelessly and take your spot. Stinky men with flea-harboring beards will eye whatever is showing from your neck to your covered cleavage – then they’ll push you when they’re done with their unsuccessful peeks. Kids will step on your toes, many times; God forbid you stare them down . . . their demonic mothers will skin you alive with their evil glares.
At this point, I begin fantasizing about filling my handbag with bricks and smashing it into people’s faces as Beethoven’s Symphony No. 5 plays in the background.

Once I finally find my seat on the airbus (reminiscent of public transportation) and make sure that the screen and pillows are clean, I begin my prayers; begging my Lord and savior to keep crying children and smelly men far away from me throughout the duration of the flight. Of course, my prayers are almost never answered – especially when the flight’s above 4 hours.
As a fat, hairy perverted man plops down next to me, I weep silently and bargain further with the Lord and all forces of the universe, “Please God, anything is better than this. Bestow a miracle upon me!” This man-beast then decides to switch places with his 12-year-old son. I am relieved. I let out a sigh and take in a deep breath. I smell onions – onions that have been roasting under the sun for MONTHS!
Bleukh!
I am unable to believe that a prepubescent boy can exude such a stench. This little boy was about to sit next to me – polluting my air – for 7 hours. I sob and sob till I pass out. Five minutes after I’d snoozed, this little mongrel wakes me up to go see his father. How is that any of my concern? This continues for 5 more hours until I threaten that little stinkpot that if he scurried off one more time, I would not allow him back to his seat. I then take a sleeping pill and ask the flight attendant for a glass of white wine – after we’d been flying for almost 5 hours. “It isn’t chilled yet,” she says, in Arabic of course; since the international English language is simply out of the question! I had asked her for wine 9 times already, and wondered if she were completely stupid, lazy or just plain rude.

This brings me to another main issue: MEA flight attendants. They instill fear in my heart at the very thought of requesting something from them. You see, they have the “I’m not your maid” complex, and tend to forget that they are literally being paid to cater to our requests — as though they only took this job to “travel the world – for free” and not to actually work.
After fighting with countless MEA flight attendants with comments like, “b**** your purpose in life is to smile to me and bring me water . . . and chilled wine,” I found an alternative method; a loophole paved with nauseating niceness. Allow me to demonstrate.
Upon entering the aircraft, I make sure to smile to each and everyone of them, asking them individually, “how are you doing?” I then compliment them on something that could pass for “pretty” on another planet; things like, “I love your hair, it matches your eyebrows and complexion,” or “Nice earrings, they bring out the glow in your face,” or “Is your mole real? It’s so beautifying.” Now that I’m on their good side, I make sure to act like a weakling who needs the help of the powerful male flight attendants, “Oops! I can’t lift my 5 KG luggage into the overhead compartment, *sob*, could you help me? strong man?” Once I’ve given him his ego boost and a couple of fake ‘n forced smiles, we become buddies. I then buy some mascara and perfume and I’m on the high road to happiness! I am on the fast track to exquisite service — with all the wine an aerophobic could wish for.
Fighting with flight attendants has now become a blurry memory . . . but how is it humanly possible that a wine bottle doesn’t cool after five godforsaken hours? This is utter bullocks!

Of course, the minute I begin to snooze again, the Abidjan-bound passengers from hell decide it’s perfectly normal to prance around and partake in 3-hour loud conversations at 4 AM, when the entire plane is trying to sleep! If you ask these gorillas to lower their voices, they will stare at you in disbelief as if you’ve just asked them to do 4 cartwheels while drinking lemonade. If they do happen to shut up, screaming babies certainly won’t! What do their mothers try to do about it? They just furiously “rock” them to sleep, as their heads bob up and down like a bobble head doll. One gorilla in specific, a bit overexcited to return to his pack, spills his boiling hot tea on my arm. This is followed by 15 uncomfortable seconds of mutual stares. When he finally realizes he did something wrong, he utters, “Ana Assif” (translation: I am sorry). I respond with yet another stare, “. . . . .” (translation: f*** you and your late apology . . . and your loud gorilla friends.)

Throughout all of this, I kept wondering: Where are the flight attendants? Aren’t they supposed to maintain order on the plane? Who will cater to my burnt flesh? Who will discipline the wild animals and explain to them that it’s sleepy time for normal, sane people?
Of course, they are all at the back of the plane chatting, laughing and ignoring all passenger requests . . . and possibly finishing the chilled wine, secretly. Customer service at its finest!

The plane finally lands, and what landing is complete without unnecessary, meaningless, pointless applause? Think: bus arrives to vegetable market. The plane is supposed to land – why are they so surprised that it did? It’s like rewarding a printer for printing out documents!
I snatch my luggage from the overhead compartment (to make a statement that I’m cranky), look over at the male flight attendant and raise my eyebrow at him (clarification that I didn’t/don’t/will never need his help), “accidentally” jam my bag into little stinkpot’s face (revenge), push through the crowd of savages (yes I can be just as uncivilized as you are, b****es) and storm out of that godforsaken plane that now smells like a sewer from all the constant farting.

When oh when will a competitor airline be launched; one with direct flights, better ticket prices and well-trained flight attendants; one that would eventually push MEA to improve its disappointing service from beginning to end?

“Your most unhappy customers are your greatest source of learning.” Bill Gates