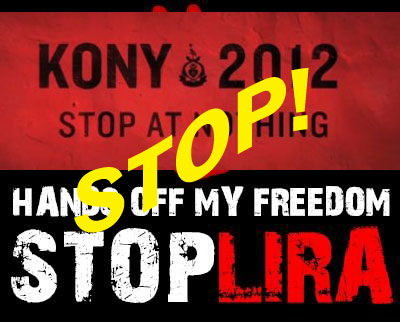 Disclaimer: All the opinions and statements in the article below are mine alone and do not involve the views of anyone on the BeirutNightLife.com team.
And although I could not possibly care less, I would like to apologize in advance if I offend anyone who is or feels involved.

(as you proceed, please click on the links for more details and videos)

With everything going on in Lebanon and the world, I simply could not wait till Monday to write another La Wlooo entry. With the manslaughter and child rape in Syria, the abuse and death of an Ethiopian domestic worker in Lebanon, and the Kony 2012 campaign that has managed to mislead us all (including myself), where does one begin?

For a while, I’ve been wanting to give back to the world – help those in need in some way – so naturally when the Kony 2012 campaign went viral, my emotions got the best of me and I couldn’t help but write about it, contribute and ask people to join. I found myself being called “ignorant” by some of my most intelligent friends, but I just couldn’t understand why. I thought they were the ignorant ones for being so apathetic.
From my perspective, Kony 2012 was a selfless campaign by a legit team of people called the Invisible Children aiming to help the kids in Uganda who were being kidnapped, raped and murdered by Joseph Kony. While watching the video, I saw a little boy cry. He told us how his brother was killed by the LRA. He told us how he preferred death to living in such circumstances. My heart broke and I was compelled to do everything in my power to help this young boy and all the rest suffering like him. I was in such a whirlwind of emotions that I forgot to ask questions like “When was this footage shot?” and “Who are the Invisible Children?”
Of course, I am only human, just like the millions of others around the globe that watched this video and died a little inside because such atrocities are happening to others. We are emotional beings, so it’s only normal that we want to help the less privileged . . . but we are logical beings too, and we must not forget to use that logic or we’ll end up helping the wrong people.

Several days and attacks later, I decided it wouldn’t kill me to do as my friends suggested: research.
Guess what I found? I found out that Kony 2012 is most likely a scam that is only good for:

Not only was this video filmed in 2003, but Kony has been MIA since 2006. There has been peace in Uganda ever since, so why create this entire ruckus now? To distract us all from the main issue: Uganda’s Oil

With China benefiting from Uganda’s massive oil reserve, the USA wants in, and this time we’re helping them do just that by begging them to go (I guess another war would be too predictable at this point).

Upon seeing the Kony 2012 video, Ugandans were outraged by the misinterpretation of the situation and how it promoted the sales of Kony 2012 merchandise.
Since the Invisible Children are so determined to help Uganda, why don’t they focus on more important issues there right now, like the nodding disease which has been affecting thousands of children, or the anti-gay bill that “previously suggested the death penalty for homosexual acts?” (read more)

So, how did I feel after realizing all this? Like a foolish sheep.

Which brings me to my second point: Stop LIRA.

To those of you who think I’m talking about our currency, no I am not. I am referring to the “Lebanese Internet Regulation Act.”
This “act” vaguely sums up a new set of rules for internet users in Lebanon. I won’t lie to you, I did panic at first and felt compelled once again to make a difference . . . which is when I remembered how I was tricked by the Kony 2012 campaign and decided to do some research first this time by asking a few internet buffs about the subject. After urging a friend of mine to leave his C++ world for a few minutes, he said to me, “I have a brain and I like to use it,” followed by a brief explanation of why the LIRA does not intimidate him one bit (no pun intended).

Let us begin by dissecting its name: LIRA – catchy, isn’t it? It kind of sounds like a marketing campaign, so if there’s anything I can admit here, it’s that certain members of our (not so loved) government have only become more creative in how they manipulate society.

What does LIRA stand for? Let’s dissect it even further:

L I: Lebanese Internet
Okay, excuse me while I go laugh out loud for a few minutes. Combining those two words together is a JOKE. What internet do we speak of here? I believe step 1 in this campaign is to obtain a decent Lebanese internet connection and maintaining it before they go all artsy-fartsy on us and try enforcing laws.

R: Regulation
I wonder how these geniuses are planning to regulate a media whose servers are on a cloud that could be in the USA or China; meaning it’s not Lebanese property like TV stations. I believe their heads are in the clouds.

A: Act
Pardon me while I go laugh – again. An “act” is something that is issued by the Public Senate, which is not the case in Lebanon. In Lebanon it is called “Bayein Wizareh” or something of the sort – so I am highly doubtful that the same people who refer to an email address as “what is your dabel-you dabel-you (www.)” can come up with a decent internet regulation “act”. But, the marketing specialists that thought of the catchy name deserve a good clap.

Furthermore, why is the LIRA a joke?

Minister of Information, Walid el Daouk, along with his team of “experts”, is preparing a new draft to present to Prime Minister Najib Mikati, because the initial proposal was too vague. So the people behind this website http://www.mpt.gov.lb/ are the ones who are going to understand the internet, let alone set laws for it?
And how far are we on that updated draft? So far, alleged “Internet killer” Walid el Daouk has done absolutely nothing . . . maybe his team of experts is still researching about the difference between a BIT and a BYTE.
I suggest they start up a new “act” that gives us fast, affordable, nonstop internet: LICK – Lebanese Internet Connection Kickoff – effective immediately. That way they can “Enforce LICK” and begin LICKing immediately – the sooner the LICK is enforced, the sooner they’ll have a decent Internet connection to impose so-called laws on. At least then they’ll have my attention.

Until then, I suggest you all start paying attention to the more important issues happening in our corrupt society. Since the blogosphere has proven to be so powerful and effective in shaping public opinion, leading demonstrations and doing everything from promoting an idea to destroying a celebrity’s career, why don’t you channel your energy to more important issues . . . like what these ministers are trying to distract you from:

Did you forget about the rotten meat, poultry and dairy products from Al Natour Co., and how they got away with it with JUST A FINE? Where are the laws protecting consumers? Why weren’t these establishments forced to shut down after years of supplying us with rotten food? Is our health that mediocre?

And did you forget about that monster Ali Mahfouz who beat up that Ethiopian domestic worker in broad daylight in front of her country’s embassy all because she attempted to commit suicide? read more
Did anyone bother asking why she wanted to kill herself? It’s because she was being mistreated in a country where she’s all alone with no rights. Well guess what? She killed herself on Wednesday. I guess Mahfouz’s beastly methods didn’t work after all. So what penalty is he facing? Why isn’t he in jail? Who’s beating him up now?

What I’m saying here is that we should all fight for a good cause. We should use our knowledge, power, facilities and social media skills, and channel them in the right direction. Do we want Ugandan children to live safely? Of course we do, but what’s happening to the Syrian children? Who’s doing a video on that? Who’s trying to raise awareness on that? Millions worldwide are crying over something that happened in Uganda a decade ago. Well it’s not happening anymore, but something worse is happening in Syria right now.

Do we want internet freedom? Of course! It’s 2012 for God’s sake. But don’t we also want fast internet first and full-time electricity? Don’t we want higher paychecks? Don’t we want solid laws against rape and domestic violence? What about those poor domestic workers living and working in a strange country just to make a couple hundred bucks? Did you know some of them sleep on floors and are locked in homes? Some barely eat and are beaten every day. Imagine that happening to your own sister or mother while they’re away for years, working to send you money. To quote Aidan White, “There can be no press freedom when journalists exist in conditions of corruption, poverty and fear.”

We can’t keep complaining forever without doing anything about it. We need to start taking action. We need to channel our knowledge to the right people. We need to join the right organizations. In this age of awareness and connectivity, there’s no excuse to remain idle and ignorant.

Whatever you choose to fight for, make sure you’re fighting with the right people for the right cause. Fight for internet freedom, but don’t forget the more important issues. Fight for suffering children, but don’t feed money to the wrong organizations.
I’ve finally done my research. Have you done yours?