La Wlooo!!!…Muhannad and the Drama Mamas 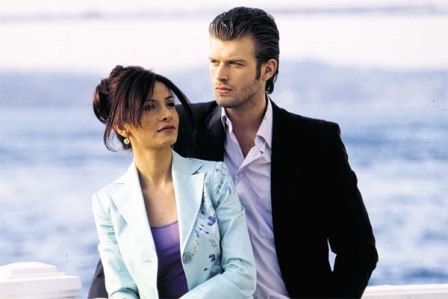 Although I’ve exhausted the subject of stupid TV shows in the past, I felt the need to focus on the crème de la crème of dim-witted TV: soap operas. On days like today where my boredom level is higher than the temperature outdoors, I had no choice but to watch some television. Since OSN Comedy magically disappeared off channel 6, the next best thing was to watch a random re-run of some dubbed Turkish drama episode. . . my oh my . . .

Two decades ago, the trend was Mexican soap operas dubbed into formal Arabic (Thank God that’s over). I remember being forced to watch them with my mother in order to learn the Arabic language. I also remember my classmates picking on me at school for speaking in formal Arabic. Our previous housekeeper faced the same dilemma. Since she spoke no Arabic, her one source for learning was whatever Turkish show was trending. She sometimes surprised me with certain phrases, spoken so eloquently in the Syrian dialect . . . she also made it a habit to overemphasize all her emotions, thoughts, and reactions. It was constant drama.
So, why has the Syrian dialect taken over the formal, classical Arabic that is used and spoken all across the Arab world?

It’s difficult for me to understand why people would want to indulge in dramatic, pointless plots that have no added 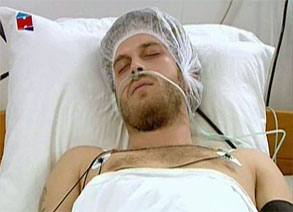 value; like soap operas for instance. Don’t we have enough drama in our lives? Shouldn’t TV shows help us unwind or stimulate our minds with useful information? I’d like to point out why I find soap operas so darn silly, whether it’s Melrose Place, Noor, or Maria Mercedes.

The Many Muhannads: His name and voice may change, the show will change, but he’s always being reincarnated into a new character. Muhannad = hit show. It must be because of all the desperate housewives aching for 30 minutes of admiring that beautiful Ken doll while he woos some married guy’s wife, versus watching their slob of a husband burp and snore on the sofa. Think: Old Spice commercial.
The desperate housewife who is watching the show feels an inkling of hope, “Maybe I too will one day find a younger, better looking version of the beast I’m currently married to.”
In case you haven’t heard, there was a surge in divorces across the Arab world a couple of years ago because husbands were discontent with their wives’ obsession with Muhannad’s golden locks.

Wealth or Stealth: If they aren’t wealthy, it means they recently went bankrupt but managed to keep their villa. Their only hope of one day acquiring wealth again is if their beautiful daughter marries a rich man . . . either that or they find the documents necessary to incriminate the man that stole their money/company/farm.

The Comatose and the Amnesiac: Last I checked, human skulls weren’t made of egg shells. How hard must you fall down a flight of stairs to “break” your skull and enter a coma . . . every time? The character wakes up a few weeks/months later not remembering a thing only to enter phase two: amnesia. At this point, one of the bad characters enters the amnesiac’s life to manipulate their every move and thought. Not to worry though, because the amnesia magically wears off a few episodes before the show’s finale, just in time for the big wedding and all the blah blah blah.

The White Wedding Fright: If a wedding doesn’t take place in the final episode, it means something bad still has time to happen. The bride or groom may not show up. Someone may object to the marriage. Someone could die. Someone may confess to something that would ruin the entire day . . .
It’s a long list of disasters, and disaster will happen.

The 476 Relatives: Every episode brings with it a new relative with a new story. Two months into the show, everyone is related to everyone else, and someone ends up sleeping with his sister’s husband’s father’s cousin’s wife’s nephew’s brother’s niece. This niece turns out to be his half-sister too. Half the cast realizes they’re adopted . . . they fight with their legal parents and head out in search of their real parents. The birth mother is often a failed performer or the child’s very own nanny. The father could be the chauffeur, a fisherman, or some business tycoon who impregnated his maid. At one point a character can have three fathers: the birth father, the legal father, and the “lying crook who is up to no good” father.

Inbred and In Love: Yuck. The star meets the woman of his dreams. They make love. They decide to get married. After their families desperately try (and fail) to separate them without telling them the truth, a random person shows up (the real birth mother) and reveals that she is the mother of the groom . . . and the bride.
They were separated at birth and it’s not their fault they have the same mother, is it?
After all the vomiting and crying, there could be hope . . .

Disappearances and Deaths: This usually means the actor fought with the producers while renegotiating the contract. No agreement? The actor is either killed off the show by entering a coma that leads to death instead of amnesia, or is sent away to a distant country where he becomes a monk or lives with wild animals and is never heard of again.

Reappearances and Rebirths: In rare cases a dead character comes back to life. That character could have been 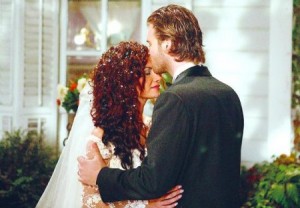 declared dead after a plane crash but will still reappear six months after the funeral to surprise his ex-wife who is now married to his brother. He tells them the story of how he was saved by a whale and taken to shore where sea gulls and pelicans fed him as the salt water healed his wounds. (Puh-lease!)

Funeral Feuds: With death comes more drama. Someone will blame someone else for the death of their beloved. They will throw punches at each other. People will cry. Chaos will occur. Two women might discover that they were both in love with the dead man . . . hair-pulling may occur. Many things can happen and many people can be blamed (except the producers).

Vacation Vendetta: God forbid any of the characters makes travel plans. They will never reach their destination. A storm may break out, a car accident or plane crash may happen, someone may get robbed or stabbed. If by some miracle they do make it to their destination, hell is guaranteed to break loose there. A character may find a long lost brother or father, a woman can get raped by a suave tourist (possibly her ex-stalker with a new face), a child could get eaten by a shark. Opportunities are endless.

Pregnancy & Paternity Problems: Way too many women get pregnant, especially when they’re not supposed to. It’s usually a teenager or a woman committing adultery. There is always confusion with regards to who the father is. DNA tests are only considered after every possible disaster happens and possibly when the kid is eight years old. In the meantime, it’s all drama.

Three Can’t Keep a Secret: Especially in public places. It will be revealed in a loud dramatic manner for everyone to hear and swoon – the more awkward, the better. Of course, this will all come across as purely accidental. Sabotaging an enemy’s life and reputation is as easy as overhearing a private conversation or finding a secret envelope or video tape carelessly thrown on the bed or hidden in the half-open top drawer.

What is sillier than these plots and their clichés is the people that watch them and get so taken by all that emotionally and mentally exhausting implausible drivel. It’s insane how a massive number of the population program their day according to what time their favorite soap opera goes on . . . and religiously watch every episode (especially the weddings). As much as I avoided it for years, I couldn’t escape hearing about the latest episode at the nail salon, the hair salon, the supermarket.
It makes you question how much shows like this have dumbed down society.

“I only use my sick days for hangovers and soap opera weddings.” Kate O’Brien