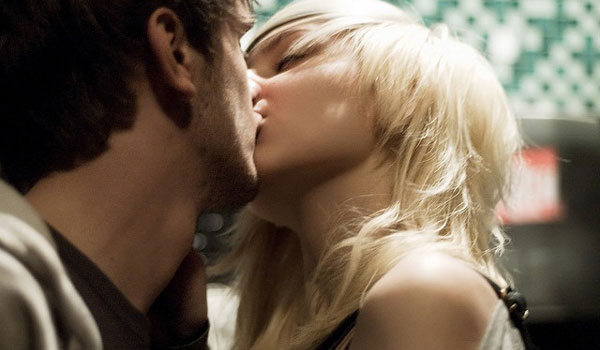 Being a huge fan of movies, I am one of those people always waiting for that next motion picture that’s going to absolutely WOW me. Once every blue moon, one of those movies comes along where you really do not know what to expect out of the plot, the characters, and the ending. That’s once in a blue moon. Other not-so-clever movie scenes and screenplays have so many clichés that have been so overused and abused for the past century.

The End of the World “Doomsday” Movies:
1. Alien attacks always occur in LA or NYC. Not because it’s cheaper to film on location there . . . but because LA is the center of planet earth.
2. The world is always miraculously saved by one man, a few seconds or minutes before it is scheduled to end. This man is usually a very good looking average Joe who discovers his capabilities along the way. Audiences are left inspired.
3. There is always an action scene where our hero is driving in a car (very fast) to escape the massive cracks in the roads (or King Kong, or a space ship, or a ball of fire).

In Horror/Suspense/Thriller Movies:
1. The black man always dies first. He’s just there for demographic purposes anyway (and please, I’m not the racist one here).
2. The character always does the one thing he should not do, like walk upstairs or go to the basement, or separate from the group. At those instances, the character firmly believes that he is making the smart choice. (That kills the whole movie for me, since a plot that can end in 5 minutes ends up lasting for 2 hours).
3. The killer is immune to knives, bullets, and any other type of physical pain. Even when the killer dies, he will still wake up one more time to frighten the victim and the audience (we know this will happen. If it doesn’t, we wait in disbelief till the end credits are over).
4. Last I checked, I am a woman and I cannot run in 10 inch heels. I can’t run in 4 inch heels either. In movies, a woman will run across NYC in those heels as she’s being chased by her potential rapist/killer who almost never catches up with her.

In High School Romantic Comedies:
1. The popular kid always has a more sensitive and deep side (and one loser friend who he is embarrassed to be seen with because the cool kids will exile them both, so the friendship remains private until the cool kid needs to make that lame life-changing choice).
2. At some point, there’s one ugly girl that undergoes a makeover and becomes the next IT girl . . . after she competes for the title with the head cheerleader or some other hot blonde. She also gets the cheerleader’s boyfriend who happens to have a loser friend and a sensitive side as well. They bond on those two factors.
3. There’s always some corny kiss that happens around the end. Usually, there’s a commercial rock song playing in the background with fireworks and/or city lights and lots of camera spinning and magic . . . versus the real life kiss that is just nothing like that. Ever.

In Mature Romantic Comedies:
1. There’s always that one scene where you know, you just know that the guy is falling for the girl because he wipes the ice cream off her mouth as her eyes glitter.
2. There’s always that one scene where the woman starts crying or acting neurotic right before the guy interrupts her by kissing her (of course there’s music here too, and lights, and camera tricks like close ups and spinning).
3. There’s always that one scene where the woman is walking down the stairs or into a cocktail party or restaurant in slow motion. The guy realizes how hot she is as her hair is flying in the wind (even if it’s indoors) while he and his 3 friends drool together unanimously.
4. The guy enters the girl’s apartment. She needs to change her clothes. The bedroom door is barely open, so the guy watches as she undresses and realizes how much he likes her (as music – of course – plays in the background). This scene applies to the woman showering too.

In Drama Movies:
1. The single mother that falls in love and fears that her new man will walk away and break the heart of her son – the son that took a while to start loving this new fatherly figure.
2. In real life, you wake up from a nightmare feeling a bit frazzled and startled. In movies, the character practically flies out of bed screaming and sweating and breathing heavily . . . seriously now, has that ever happened to you?
3. There’s always a scene where our beloved character receives a startling phone call after midnight. She runs out of her apartment in her pajamas, rushes to the hospital just in time to realize that her friend/relative/coworker is dead. This scene is almost always directly followed by a funeral on a green field with several solemn-faced people in black attire.

In Action Movies:
1. When a character needs a getaway car, he will almost always find a car ready to be stolen . . . with the key still in its ignition. (Does this happen in real life?)
2. At some point there’s always a car chase. Cars will be driven on sidewalks, through malls, through parking lots, carwashes, on the wrong side of the road. The car chase will end up on the side of a cliff with two wheels on the ground and two in thin air. No one gets arrested or injured.
3. A police car chase will almost always involve a scene where the road slopes and the car flies. It lands in one piece – nothing is damaged; the chase continues.
4. There’s always a truck at an intersection that one car is able to escape, while the other cars bursts into flames.

Sex Scenes:
1. Simultaneous orgasms in less than 3 minutes – does that seem real to you in any way?
2. They always end up lying on the floor, covered in perspiration, because the 3 minute sex was so intense.
3. There is either a dramatic statement or gaze made by one of the two that either initiates or concludes the 3 minute sex session.
4. You get a peak at one of two’s butts. Not sure why most of the time it’s the man’s.

Reality seriously becomes very boring when compared to movies as expectations become highly unrealistic and are almost never met. This is why most people are always looking for that little extra something; that unrealistic, nonexistent flame that will sweep them off their feet and alter their reality. That’s why most people are generally disappointed or bored. Let’s face it, there are no fireworks when you have your first kiss with that special someone (and if you expect your knee to pop, you’re completely insane). There is no music playing in the background as you’re making a life-changing decision (unless you have an epiphany while driving with your car radio on). If it’s the end of the world, it’s over. If you’re being chased by a killer, you’re most likely to wind up in a tremendously f***ed up state, regardless of how heroic you are.

Nevertheless, I believe that as long as we take it all in – all the drama, love, pain, happiness, heartache, sadness, and awkward moments – reality could never be boring. Especially when you add your own twist to it.

“Drama is life with the dull bits cut out.”  Alfred Hitchcock