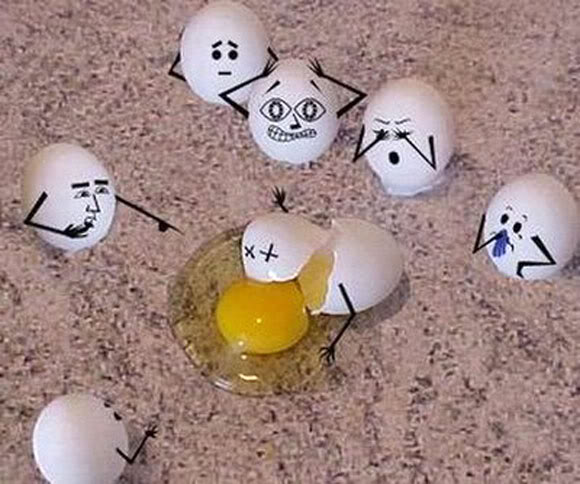 Holidays like Easter are a great time to reflect your values, especially for someone like me who doesn’t spend enough time with family. It’s supposed to span beyond hatching eggs and partying with friends till 5 am. So, how did you spend your Easter? I’ll tell you how I spent mine!

Like every other holiday, mine began with a few phone calls followed by a drive down to Beirut where I’d get my party on to the wee hours of the morning (despite the fact that I’d have to wake up at the break of dawn to drive up to my hometown for my family lunch). After I picked up two of my girlfriends, my car became the target for “Wazwaz” remarks from desperate male motorists and passers-by. Tfeh! I am not exaggerating when I say that we were under attack from both sides of the car – to my right there was FUGLY and to my left there was FUGLIER. FUGLIER had an advantage: my friend’s window was open – BIG MISTAKE! 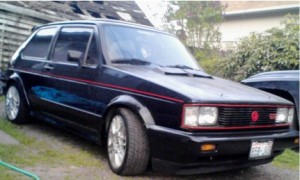 Note to men: If you’re desperate enough to spend your Saturday night trying to pick up chicks in your car (like the Wazwaz that you are) please do the following first:
1) Drive a better car, since the only girls that get picked up by guys while driving around, are cheap skanks who will evaluate you according to your car (and ONLY your car), so if it’s a Wazwaz mobile (1980’s BMW, 1980’s little weird compact thingy car) with Wazwaz stickers (“Shu ya Abul Zouz” or “If you wanna ride me, follow me”), you can FORGET IT!! Eww, eww, EWW!
2) Choose a better pickup line because “Ba2oussi” does not work. It is not cute. It is not alluring. It is not charming. It is not ANYTHING. It’s not even funny when you do it to two-year-old babies.
3) Choose a better face; or better yet, stop breathing and disappear.

After being followed by that jerk for ten minutes, he finally gave up and started chasing after another female-driven vehicle. As we reached to the club, we couldn’t have been in a more disgusted mood but we were still looking forward to having fun and possibly getting through the evening without anymore retarded “men” and vomit-inducing pickup lines. I call that: wishful thinking.

An hour into the night, a friend of my ex came to say hi and asked me where my “boyfriend” is. I told him we broke up. He faked some sympathy. A few drinks later, I watched in horror as he approached me from afar, with a supposedly suave stare, and told me we should get together sometime. Umm, BARF?!
I cannot fathom the rudeness of some people.

Another note to men: never hit on a girl who just got out of a relationship with your friend.
1) It is SO sleazy.
2) Are you THAT desperate?
3) If she’s half decent, she’ll laugh at you later on (as I’m doing now).

Two hours into the night, a certain man who I’ve blogged about several times in the past attempted to hit on me and every single one of my friends – shamelessly. Not only did they all repeatedly complain to me about his sleazy perversion, but he in turn complained to me that there isn’t enough girl-on-girl action between us.
WHO SAYS THAT?!
To salvage what’s left of my night, I had to excessively drink – at this point my only hope was temporary memory loss.

Yet another note to men: No you may NOT act like a pervert. It’s not sexy or cool or attractive. Girls don’t “dig” 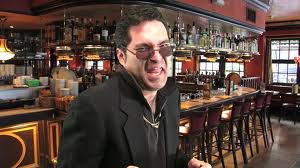 it, especially if you’ve just been introduced! You may not hit on four friends in a desperate attempt to lure one into the back seat of your SUV. Eww.
We go into the ladies’ room together you know! In three minutes, we recap everything that happened to each of us and we make fun of you, yes YOU.

Three hours into the night, everyone is absolutely drunk and each one of my girlfriends has successfully met some guy who is not a complete douche bag . . . except for me, being bombarded by every loser in the vicinity.

A final note to men: To those of you who know me, STAY AWAY FROM ME. Please do not approach me if you’re intending on hitting on me. If you insist on doing that, at least come up with something remotely original to say, minus that nasty “I want to charm you out of your clothes” look on your face. Eukh!
There’s nothing I’d like more than to send all the male species of planet earth back to wherever it is you came from.

As an answer to my prayers, the evening ended successfully without me killing anyone – and it was actually quite fun. I slept three hours and woke up . . . drunk. After two Tylenols, two Motiliums, and three liters of water, I drove for over an hour to get to my hometown where 23 of my family members so impatiently waited (I reached as they were halfway through lunch). Can you imagine greeting 23 people individually while you’re drunk? I used every ounce of energy not to fall asleep at the table or vomit on someone . . . the noise of the 354 children didn’t help my migraine either; neither did the constant “What’s wrong with you Rita? Where are you headed with your life? When will you focus?” questions that my relatives were attacking me with. All I could think was “Why the heck didn’t I remain in bed?!”

After 15 hours of sleep, I could semi-function again and started appreciating being around my noisy family. I watched as my uncle proudly sang “Happy Birthday” to his delighted three-year-old daughter, I listened as my father finally admitted that he is proud of his *cough* beautiful daughters, I took a photo of my mother and her cousin who she hadn’t seen for 20 years, I almost cried when that same cousin told me how I reminded him of a twenty-year-old version of my mother, I felt proud that I was able to babysit my cousins for an entire day without getting one of them killed, I realized I was in love with my baby cousin Maya whose nagging I would gladly tolerate just to hear her sing and laugh. I felt complete. It was priceless.

With a sober head and a happy heart, I am proud to admit that there is nothing in this world like family. They have always been there for me, and they will always be there for me when everyone else is gone. An entire weekend dining and drinking with friends did not provide me with one minute of the contentment that I felt with my crazy/beautiful family. It’s too bad that we all tend to forget who and what really matters in life, and I think that’s what holidays are really made for; they reconnect you to your roots, your values, and your inner happiness. When you’re getting caught up in all the chaos and superficiality around you, they adjust your perspective.

PS. Sorry for the delay in posting this week’s entry, but I was still drunk on Sunday and on Monday I was too busy savoring every moment with my family.

“Other things may change us, but we start and end with family” Anthony Brandt

Newer Post NRJ Top 20: Adele On Top For Another Week
Older PostYour Name in Gold? Luxor for the Priveleged Few!