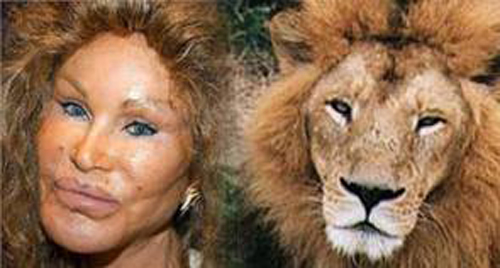 Appreciating extreme plastic surgery has never been my forte, but it seems that most Lebanese women insist on looking like, a) Michael Jackson, b) some form of animal, c) they’re 30 years younger (in your dreams old mama!), or d) a blowfish with a stick up its tail.
I know many girls who have gotten minor adjustments done to their nose, lips, breasts, etc, and it hasn’t changed how they look, but it has definitely improved how they feel about themselves. Although I prefer taking the “I have more self-confidence” approach, I respect and encourage these girl’s decisions because we live in such a judgmental and superficial society. Of course plastic surgery can improve people’s lives by boosting much needed self confidence, but when it becomes an overdone obsession, it has to stop! 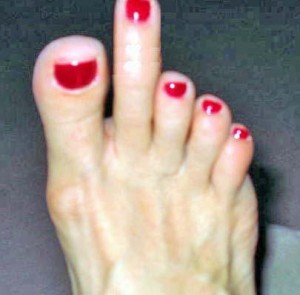 foot size significantly reduced), she met the Mr. ATM Machine of her dreams who hated her breasts and asked for her to enlarge them – and she did. Unfortunately for her, each breast was facing a different angle than the other and they were oddly pear-shaped; but Mr. ATM Machine preferred her new pears breasts to her previous ones simply because they were larger – how pathetic. Of course, when she went on to marry her ATM, Breast-enlarging Shrek, all her brainless girlfriends and her sister copied her every move in order to desperately secure a man (including getting their breasts enlarged). It’s a sad story that ends with Ms. Anal retentive getting botox done all over her face before she turned 27 only to find out that her loving husband (now ex-husband) will never stop cheating (regardless of what breast size she has). If a man ever asks you to enlarge your breasts, ask him to enlarge his penis first, followed by his brain, and then tell him to go pay for a wh**e with big D-cups and get it out of his system.

Mrs. Dinosaur Relic cannot come to terms with her real age, so she doesn’t stop harassing her money-hungry plastic surgeon until she l 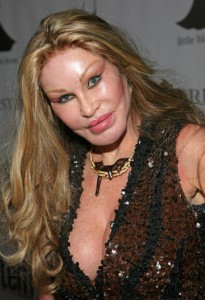 ooks like a vacuum-packed Michael Jackson (God rest his soul). Mrs. Dinosaur Relic was quite the beauty, but boredom got the best of her and she decided to play with none other than her face (more fun than an iPad). All her other ancient friends had already made the decision of not wanting to grow up gracefully, and she simply followed in their footsteps to the doctor’s clinic. She now scares spectators people wherever she goes because her white, powdered, plastic Halloween mask face makes babies cry, children run, and adults stare while she feels like the hottest babe in town (at 160 60, this is a teeny bit immature). Of course she now feels the need to show it off, so she gets her photo taken in every magazine (the camera’s flash on her white face is enough to make you go blind), she goes partying with friends and starts hitting on younger men (who would love to sleep with her, I’m sure!), and starts wearing the most inappropriate push up bra (because her breasts are once again where they were 30 years ago). We will all grow old one day, I just hope I am able to do it gracefully by remembering that my wrinkles came from irresponsible sun exposure, smoking, and drinking alcohol, so I must deal with the result responsibly.

Ms. Haifa-Wannabe is an ugly, hairy, semi-man, who has never gotten any attention her entire life. One day, she decides to follow in the footsteps of another ugly duckling who went under the knife and became the sex goddess of the Middle East, a.k.a. Haifa Wehbe (guys please try not to get a hard-on because you just read her name). It’s a funny world, isn’t it? Ms. Haifa-Wannabe goes to her plastic surgeon and says “baddé koun metel Haifa”. The doctor is in awe as he tries to digest how ugly this she-male is and how unrealistic her expectations are, but he still goes ahead to change her eyes, nose, cheeks, mouth, chin, chest, legs, and stomach, to shape her into something that could resemble Haifa. The problem here is that there are now thousands of Ms. Haifa-Wannabes all over the country, and for some reason, these girls act, think, dress, and talk like wh**es. It is ridiculous! Ms. Haifa-Wannabe now dresses in super tight clothes and wears all her cleavage outside her shirt so everyone can say “Mabrouk” for her new bosoms. Her voice also bizarrely changes to a scratchy, moaning sound that utters elongated vowels every time she talks, “Yiiiiiiiii . . . yaaaaaayyyyyyy . . . hhhiiiiiiii . . . aaayyyyyy” – eww, how vulgar and corny. They are so many of these clones, that other countries actually believe this is how Lebanese women act, look, and dress. When referring to a Ms. Haifa-Wannabe, an incompetent fool would say “This is the real Lebanese beauty” (barf). What part of her vulgarity “beauty” is real exactly?! Even her long, pubic-like thick, black hair is filled with hair extensions. Eukh! 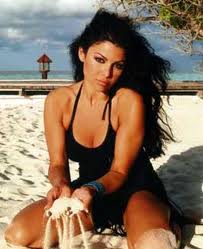 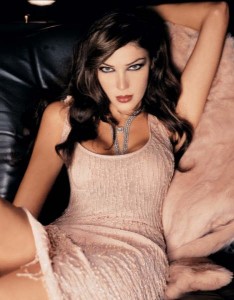 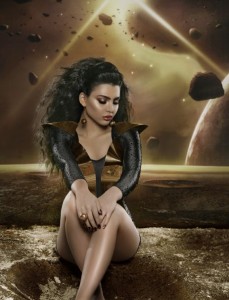 There’s no excuse for wanting to completely erase what’s yours because you want someone else’s features. Ms. X’s real nose is beautiful because it’s hers, but it most probably won’t look nice on Ms. Y’s face. If Ms. Y wants to adjust her nose, she should adjust it according to what suits her and go to a good plastic surgeon who cares more about fixing his patient’s face and less about emptying her wallet. You know you have a problem when you walk into a clinic saying, “I want Angelina’s lips, Megan’s eyes, and Keira’s nose”, especially if you’re doing it for male attention. There is nothing more appealing to a man than a woman with character; get some, and maybe you won’t need larger breasts to feel worthy.

“I don’t need plastic in my body to validate me as a woman.” Courtney Love