Kitsch Cupcakes – From Gemmayze to DIFC with Love 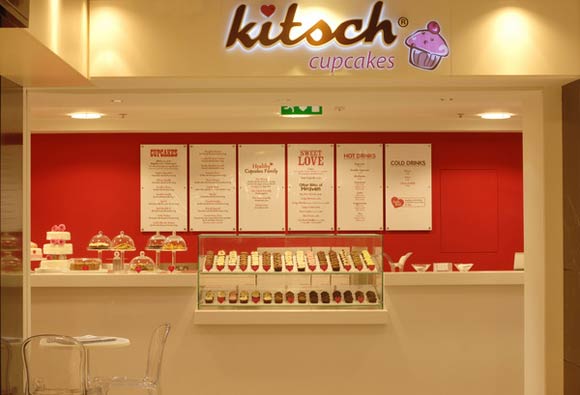 The world of cafés and restaurants has come a long way since the 1700s, a time when the word “restaurant” meant “food that restores” (derived from the French word “restaurer” meaning to restore), and which referred specifically to a rich and flavorful soup.  Today, one will find more than mere soup at the millions of today’s restaurants. Indeed, the number of places and options on has are so staggering that a recent trend has seen restaurateurs inventing new ways to rise above the competition.

The result is the concept restaurant. These venues can be anything from fine dining spaces with an unusual setting, to a café that is also a boutique, or a do-it-yourself fast food joint. The ideas are countless, and some of these ideas in Lebanon have already seen restaurants transform themselves into highly successful chains across the Middle East.

Any, to cut the long story short… If you have a concept that you believe it, you are bound to succeed. One trendy place that has made a name for itself is Kitsch (One of my favorite places). It all started in Gemmayze, Ashrafieh’s trendiest locale, where Kitsch’s concept surpasses the conventional notion of a retail outlet by offering customers the latest in trend wear, accessories and underwear, as well as the tastiest of home-made meals and deserts. 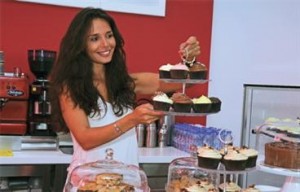 The eccentric boutique was set up by two young and passionate entrepreneurs, Racil Chalhoub and Dalia Dogmosh, both co owners of Kitsch and Kitsch Cupcakes. One is into fashion while the latter loves cooking and baking. They combined both their skills and came up with this unique concept. “It’s a creative and fun outlet where anyone can come in, look at the store’s collection and enjoy a nice meal as well. The personalized treatment is well different than in retail stores,” explained the owners.

But what Kitsch has been well known for has been its remarkable cupcakes. The success of their cupcakes transcended beyond Lebanon being the first to enter the  UAE market in 2008. Even though in the past few years the several new cupcake concepts opened in Lebanon and Dubai alike, the childhood friends carried on persistently and professionally to expand opening in Abu Dhabi and in less than three months (January 2011), Kitsch opens a cupcake haven in the Dubai International Financial Center (DIFC).

Reported in AMEinfo the young entrepreneurs have always had their eyes set on the DIFC. “It is a lovely place to work and the 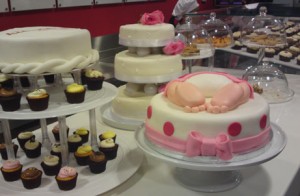 atmosphere is fantastic so we thought why not carry our cupcakes to the office,” says Dogmoch, Chief Baker of Kitsch Cupcakes. “Corporate clients make up a large percentage of our customer base,” she adds.  The DIFC branch will also mark the introduction of the Kitsch Special Events line. “We are also introducing a special line to cater for corporate events, special events as well as weddings,” reveals Chalhoub. From cookies, cakes to brownies and other bakes, Kitsch will operate as a fully fledged bakery from its location at the DIFC.

It’s their passion that drives them. “We bake, ice and sprinkle each and every cupcake with love.”