Inspired By A Soul an Interview with DJ Roy Malakian 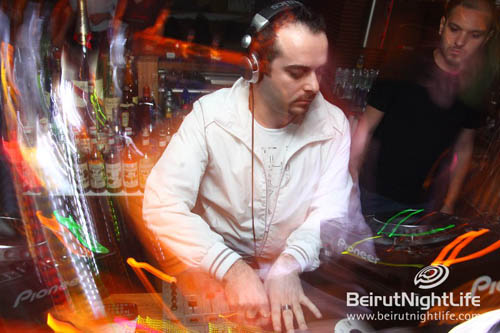 Lebanon is a country known for its incredible nightlife. Events, parties and clubs require many positive elements to work but a good DJ plays a key role in the success of an evening. The very talented DJ and producer Roy Malakian is one of those esteemed DJ’s. Constantly providing amazing sets for the partygoers of Lebanon as well as on the airwaves, DJing for hit music station Radio One. In recent work Roy teamed up with gifted vocalist Marcie to release the new excellent vocal-progressive track “Use Me” (Sample the track here).

I caught up with Roy Malakian to get some insight on his productive career.

Roy began seriously DJing in 2003 he explains “I tend to avoid DJing as a resident but rather, I try and choose the events and venues that appeal to me most.”

I wondered what the most difficult aspect of DJing was. Roy filled me in saying,

“DJing is not a difficult task per say, what is key is to be a producer and editor along side the DJing ability in order to be able to remix and edit original records. This ultimately makes it unique and novel, as well as an inspiration to others.”

As I mentioned Lebanon is one of the best countries in the world when it comes to clubbing but for Roy that fact doesn’t make his job any easier. He breaks down why,

“Lebanon is one of the best countries in the world for clubbing and DJing however, a DJ in Lebanon has to follow what the crowd wants by playing commercial and popular tunes, which is a bit limiting. It is challenging for me to play local clubs in Lebanon, as my “forte” is progressive/house underground. This is why I tend to edit well known pieces into progressive house tracks.”

Roy is constantly working on air and off. Out of all of his endeavors his favorites include, “My show called The Pulse, featuring Paul Oakanfold, Roger Shah and Eddie Halliwell. It is broadcasted on Radio One every Saturday night, as well as worldwide on several online stations and on di.fm. As far as events are concerned, in Spain (2007), Tiesto (2008) and last Thursday at Beiruf.”

Roy Malakian has a big influence when it comes to his work and that important inspiration is “My Soul”…His of course not mine.

A good DJ is always there to lend a helping hand or advise to newcomers. Roy shares his words of wisdom to aspiring DJ’s by saying, “Listen to ALL genres of music, practice and listen music from within”.

A message to Lebanon from Roy with love is “Be yourselves.”

It was a pleasure getting insight from talented DJ, performer, and all around music enthusiast, Roy Malakian.
Become a fan Roy Malakian on facebook and be sure to check out The Pulse everyday Saturday night on Radio One.