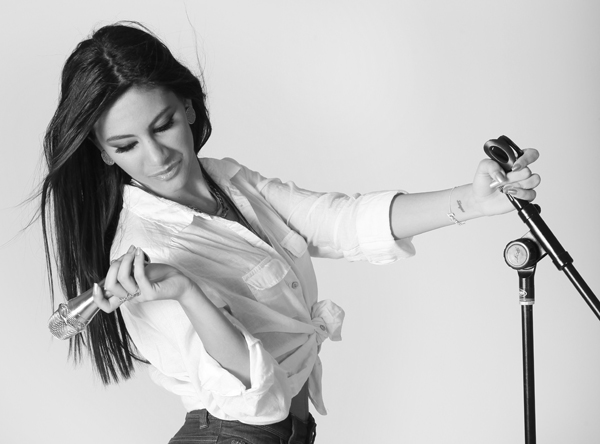 There are many talents that come from our beautiful Lebanon. One of these talents matches the beauty of the country, inside and out. Ingrid Naccour, a Lebanese singer with an incredible Opera voice, has been making Lebanon proud. Singing all over the country and beyond. Ingrid Naccour can be found singing at venues around Lebanon, on some of the most popular television programs, concert halls and much more. BeirutNightLife.com reached out to Ingrid to get the low down and inside scoop from the very talented artist.

You have an incredible voice, compared to Opera. Is it hard to market such a strong vocal style?

Thank you. Well it actually is difficult. People, especially young generations prefer listening to commercial music, than old classical opera.
As well as the producers, they prefer going to a much more commercial/dancing style. So opera, especially in Lebanon, is a mission impossible!

As a young talented singer what is your dream?

Of course, like every singer, I dream of having my own album/songs…and be known. My dream is to be appreciated by good musicians, by people, by every person who’s into music.

How did you get to know that you have a great voice, and how did you grow this talent?

It was very spontaneous. Music teachers at school used to tell me I have a good voice, but I never understood what they meant…even my school friends used to tell me “wow”, but still! I wasn’t aware of what I had… It was by total coincidence was singing in a scout summer camp, and I started reaching high notes, and I discovered that instrument inside out of nowhere! Not to mention the competitions I’ve won such as “The Hardrock Ambassadors of Rock, singing competition” where I flew to London and watched concerts, and many more…All of this, gave me a bigger self-confidence, a bigger belief in my voice!! As for how did I grow it? Well…I still am! I’m an opera student in the Lebanese national higher conservatory of music.

Who is your number one supporter? 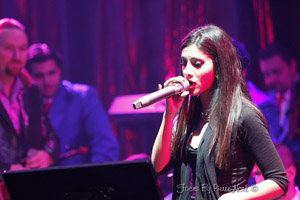 My parents of course! …They’re always there for me!!

You were on Heik Menghanneh with Maya Diab on MTV Lebanon, and on Baadna Maa Rabiaa on Al Jadeed TV, tell us a little about that? Where you nervous? Was it easy to do? What was your favorite part about doing the show?

Well, in HeikMenghanne I was nervous a bit because it was my 1st TV appearance. But I made it eventually because I’m used to singing in front of a crowd…But I don’t deny having the “stage fear” even in my 2cd TV appearance on NEW TV. I always do, even in my everyday gigs! My favorite part? …Well actually my favorite part was after the show, when I actually watched myself singing on TV.

Do you think of singing Arabic someday or you focus on English songs?

Well I’m not familiar to Arabic music, or Arabic singing, it’s a whole different technique….It’s not something I’d think about in the near future…But who knows?! 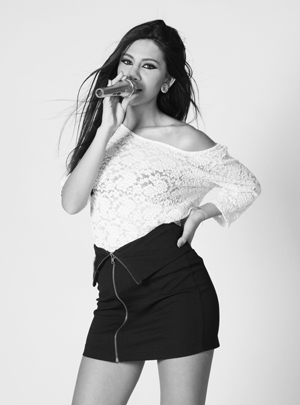 You have been performing a lot lately, in Shah-mono , Grey, Mandaloun, Batroun at Bank, at Cribs in Hamra and more. How have the shows been lately?

The shows are just great, it’s always nice to sing, see people interacting with you… Each place has its crowd, its style…

Every beautiful voice is an inspiration to me.

What music do you listen to most? Which artist today can’t you get enough of?

Well I listen to lot of styles…depends on my mood, but I have a weakness towards old classical rock (example: Whitesnake)…But you can see me listening to house music, to opera music, to commercial music…It’s all about feeling it!

Is music your only passion or do you have any other jobs or hobbies?

Of course, I originally specialized in cinema television…and worked as a photographer, which is also another passion for me. I also took dancing courses, and I’m into dancing!

BeirutNightLife.com congratulates Ingrid Naccour on her success. Check her out anytime you can!