Exclusive BeirutNightLife: Lebanon “One of My Favorite Places in the World!” Says Chris De Burgh 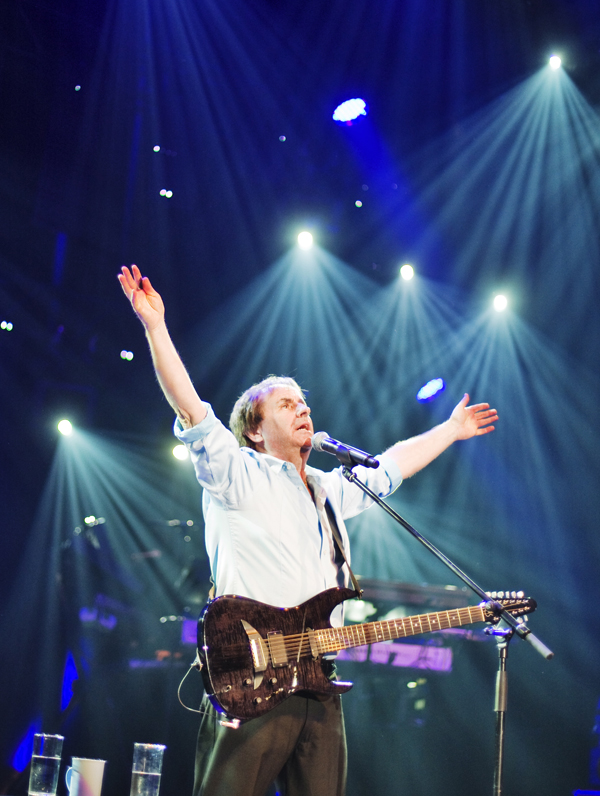 Imagine creating a song that has been sung the world over, for decades. Imagine being a more than successful artist for well over 20 years and imagine being the talented artist that started a career three decades ago and is still touring the world performing for fans.

Argentinian born British-Irish singer-songwriter Chris De Burgh doesn’t need to imagine these things, as they are his reality. From the mid to late 70’s Chris had a strong career topping charts all over Europe. Later in 1986 Chris came out with another album entitled “Into The Light”, this album featured a song that took his career into new and very high heights. The legendary “Lady In Red”, now an undeniable classic selling over 8 million copies, then achieved number 1 status in 25 countries. This indeed established Chris De Burgh as a very well known and loved songwriter around the world.

Chris is now an undeniable superstar. Since his super smash hit Chris has put out several albums and has been an appreciated musician for many years. Chris’s extensive repertoire of songs has allowed him to tour all over the world sharing his music. Now Chris De Burgh will grace the stage here in Lebanon to perform live for his fans in our beautiful country. BeirutNightLife.com had a chance to catch up with this star that has sold over 50 million albums worldwide for a look into what we can expect for Chris’s much-awaited trip to Lebanon on July 8th as part of the Jounieh International Festival 2012 at the Fuad Shehab Stadium…

Is this your first visit to Lebanon?

No, Actually I have been to Lebanon many times. I first performed in Lebanon at the end of the civil war, two nights on the campus of the University of Beirut. At this time, there still wasn’t proper electricity in the city and I remember the lights coming on and off as generators were refueled.

What is Lebanon expecting from the legendary Chris De Burgh? 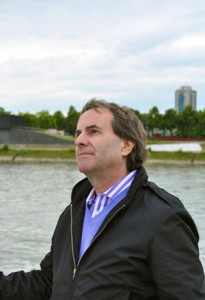 As you may be aware, I’m bringing my band for this show. We have now performed over 100 concerts within the last year, all over the world. In fact, as I’m doing this interview I am in Quebec City Canada, just about to perform the second show of a 10-date tour here. I like to keep the contents of the show a surprise, but rest assured it will have plenty of familiar songs and a lot of high energy!

What are you expecting form the Lebanese crowd anticipating your event?

Every time I have performed in Lebanon the audience has not failed to amaze me. They are so enthusiastic for my music! I expect to have a fantastic night with lots of energy and dancing.

You sang with Elissa the hit song “Lebanese Nights”. How was that experience?

Yes, this was quite some time ago, we recorded and made the video for the track with Elissa. The song was written on one of my visits to Lebanon. We sat one night in a restaurant, overlooking the street with lots of young people out for entertainment and it just amazed me that after going through such a horrendous civil war the attitude was so positive. We really wanted to catch a feel of Lebanon in the song. I think that working with Elissa was the perfect choice, and I’ve been proven right, as she’s gone on to become a huge star. I liked this experience so much that I have now recorded two songs with Tina Yamout, another successful candidate from Star Academy. Our latest song, “Everywhere I Go”, should be out soon.

You are well known to be a big fan of Liverpool along with your daughter Rosanna. How do you see Liverpool this year?

We’re all Liverpool fans in my house. In fact, my son and I go to games every opportunity we can. The team has lost its way a little this year but I think it’s really just a case of reaching the end of the season, buying a few new players and regrouping for next season. However, the upside was having already won one domestic cup and the final of the FA Cup this weekend, which I’m sure we will win! 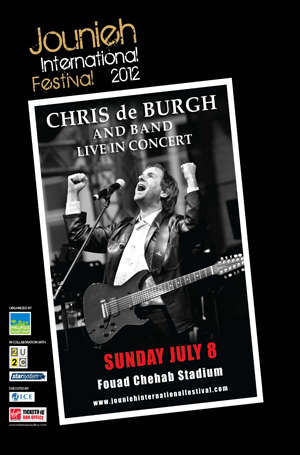 Can you tell us more about your latest album “Footsteps 2”?

A few years ago I recorded the first Footsteps album. I had a real problem in choosing the material for this, as the criteria I had in my mind was songs that I had either sung when I started in the industry or my favorite tracks of other artists that inspired me to become a better song writer myself. When I made up the list there were too many tracks for one album, so Footsteps 2 is really a continuation of that theme – my favorite songs from across the years.

What is a message you would like to send out to Lebanon?

My great wish is that the country will continue on a path of peace and that the youth of such a fabulous country will be allowed to grow up in a relaxed, loving atmosphere, the same way my children have been allowed to. I really can’t wait to come to Lebanon. It’s one of my favorite places in the world!

And we can’t wait to have you Chris De Burgh! So there you have it a sneak peak into the life of yet another superstar, from your number 1 website for entertainment!

Beirut, The Only Way It Should Be!