DJs of Lebanon: Fady Ferraye and the Hurly Burly Experience 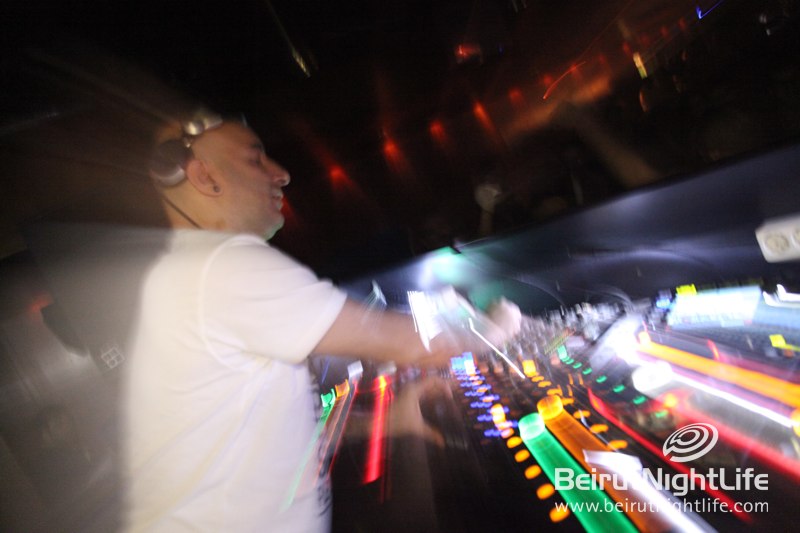 He is a DJ, producer, songwriter, label owner and event promoter who’s been based in Amsterdam for 7 years. He’s released more than a hundred dance tracks on world wide labels and plays at legendary Club NL in Amsterdam and BO18 in Beirut with his signature evening, Hurly Burly, also the name of his radio show. He is Fady Ferraye and here’s the Beirutnightlife interview with him:

It all started playing at school parties, in the mid-eighties. I couldn’t dance like Michael Jackson so I took care of the music and sound, playing the hottest releases. As a professional, it was right when the civil war was over, circa 1990/1991, when Beirut re-united, everybody felt like now it’s time to party.

I started producing music in 1998, after seeing Computer Music magazine’s eye-popping debut issue with its lurid psychedelic cover that reads: “Make Music Now. It’s easy! We give you the software and the know-how…”

If you had to single one artist that is inspiring your sound who would it be?

Which DJs have you most admired over the years?

Was there a particular track that first turned you onto Electronic Music?

My friend and music freak, Gabe Marino, defined my style of playing simply this way: “Fady Ferraye’s sound is a deep affair, mysterious, sexy, dreamy electronic dance music, with a driving heavy tech-house beat and bass. It takes you over.”

Do you have a radio show?

Yes, I do a monthly radio show at Frisky Radio, and it is called Hurly Burly. It is every fourth Tuesday of the month, 5 PM Beirut time.

Do you have any albums?

The Double Effect, which was a double cd compilation released through Daxar records. It topped the International album charts in the U.A.E and made it to number 10 in my homeland Lebanon. I have also made a compilation album for Club NL in 2008.

Sony PS2’s launching party at B018 in Beirut. I played from 7pm till 7am that day; I remember that time i was still playing on turntables. Playing at P Diddy’s after party at Club NL in Amsterdam, it was cool and great to see the man in white dancing to my beats; And by the way i had a call from him two weeks later, he told me he couldn’t find any album of mine at Tower Records!

What was the first record you ever bought?

Pink Floyd’s The Dark Side Of The Moon

What is the most valuable record in your collection?

What are your next party dates?

May 22 with Nick Warren and Roger Choueiri at Club 7 in Doha, June 7 with Pablo at B018 in Beirut, June 14 at Club NL in Amsterdam, Hurly Burly. There are also dates in Lyon in France, Croatia, Santorini in Greece, Amsterdam, Dubai and The Hague in The Netherlands that are on the way to be confirmed.

Playing music for my fans and friends, and managing upcoming talent.

The business part. Joseph Bloggs from Computer Music magazine once wrote “Musicians, for reasons that have yet to be fully understood, tend to be incredibly bad at business.”

I’m working on launching the Hurly Burly Recordings. Also I’m in my studio finishing new tracks and remixes. Other than studio work, I will be soon giving music production and DJ courses.

Foreigner’s “That Was Yesterday”

I would like to thank all my fans in Beirut and Lebanon for their big support, and I also thank the Beirut Nightlife team. You are really doing a great job guys to keep Beirut as the best party city in the world.