DJs of Lebanon: DJ Keano Gray from Germany to Lebanon 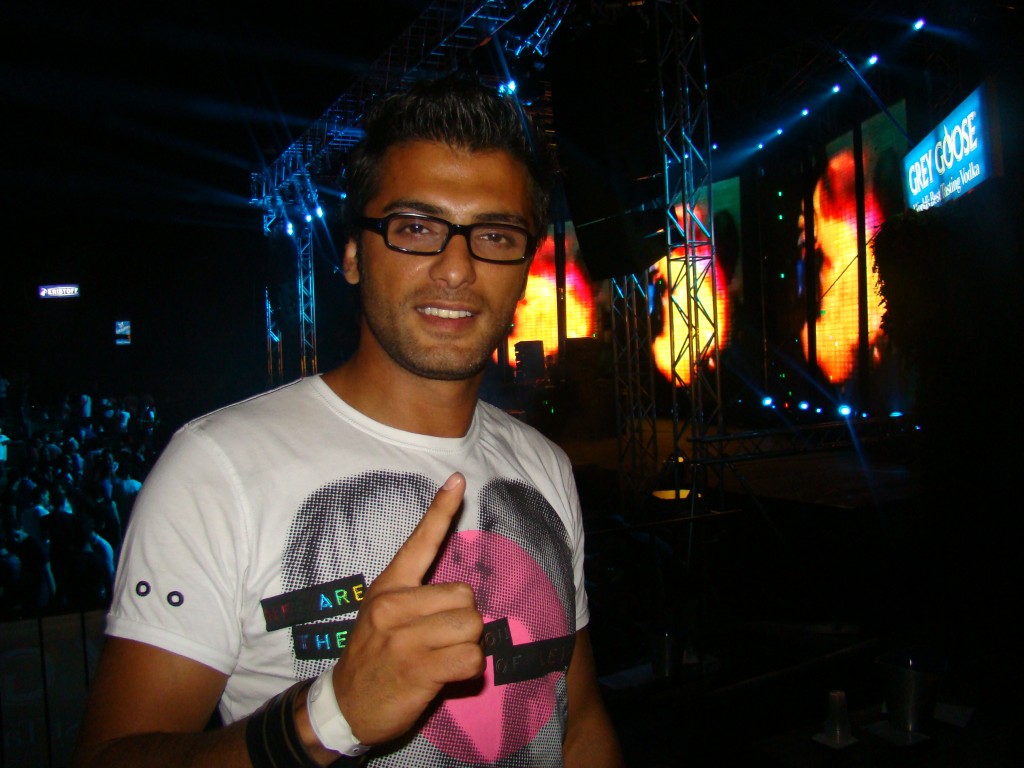 DJ Keano Gray lived his whole life in Germany and after achieving some serious success he’s come to Beirut, determined to stay and make a musical difference in his homeland. Now the resident DJ at the luxurious Veer resort in Kaslik, Keano wants to produce more music and impact Lebanon’s music scene.

I actually used to work in a record store selling vinyls in Stuttgart, Germany at the age of 16. Then I entered a competition, and I was the youngest DJ who won 1st place for mixing and scratching. I immediately jumped to work and began DJing at a huge club in Germany – this was around 1995. I was lucky. Later on I opened a club, MGM, in Germany as well. I used to play RnB and Hip Hop. I also went around Germany playing mostly RnB and Hip Hop, which wasn’t that common in Germany at the time. After around 2006 I started playing more House music. I also started produced tracks and I was doing shows in Germany. I used to model and I did the music for several big fashion shows, including the famous Bread and Butter in Berlin, Mercedes Fashion Week, Hugo Boss, 50 Cent’s G-Unit sneakers, Adidas, as well as for celebrities like Naomi Campbell and Dita Von Teese.

I get inspired by everything, sometimes I see ads, movies, sometimes I hear a laugh or a cricket at night and it inspires me – it depends. A lot of good artists inspire me as well, NU for deep house and Tube & Berger as well.

In the past I used to play a lot of RnB and Hip Hop music, then it became more Deep House, Deep Minimal House, and Techno. When I came to Lebanon in 2010 for the first time brought with me my collection of that music, which is very “in” in Germany. Here it didn’t work as well, especially at the beach! But now it’s becoming more popular so I’m happy to see that. I also play club music, but I prefer house – “happy” house.

Right now I’m the resident DJ at Veer. I play at different events as well. Previously I was the resident DJ at Whiskey Misk in the Phoenicia hotel and at Riviera. I’ved played at many of the popular clubs in Lebanon, like White, Mybar, Central, Pier 7, among others.

I produced an album for Riviera, it was a chill out album. I’ve had singles as well.

Future plans are to continue working as a producer. Right now I work with Joe Barotjian and his studio. In 5 years I want to be in the charts. I want to see myself in the studio, producing music, events. I also want to work on videos. Right now I’m working on a music video that shows a different image of Lebanon than the one seen in the West. I might expand to the Middle East or also maybe Europe, but the core should be in Lebanon. I’m really determined to do something here.

The show I played for Dita Von Teese was really great, but each show is special in its own way.

When I see people happy and dancing and I see everyone in a happy mood – this is for me is the best part. When you get thousands of people at the same on the dance floor and everyone’s in the same good mood and you’re play music – this is the moment I try to catch.

I don’t have spare time! But I like going sightseeing and hiking in mountains. I love nature, valleys, rivers, and I also enjoy spending time at the Eco Village.