How Not to Date an A**hole 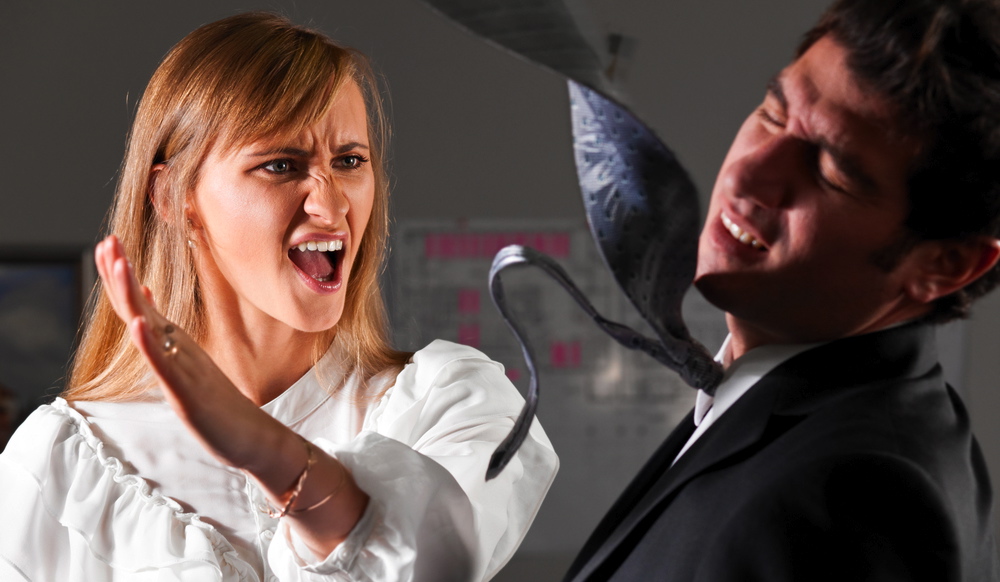 Ever dated an a**hole? I’m going to venture that if you clicked on this article the answer is yes. I’m also assuming  the majority of females with a pulse have encountered such men at some point in their lives and often been attracted to them. Some say a**holes are especially attractive, and that the more of a “bad boy” he is, the more attractive he is too. Disputable. But perhaps based on truth. It’s human nature to want what we can’t truly have and we’re attracted to the unattainable. Thus the more elusive a person is, the more we are drawn to pursue them. Maybe it’s the thrill of the chase, or wanting a challenge, but the more we feel like we haven’t quite captured someone the more we are compelled to keep trying to tame them. Therein lies the allure of the A**hole. The bottom line is that regardless of how attracted we are to these jerks, they are no good for us. Here are a few case studies, now watch out for the warning signs and do the right thing:

What to do: If he’s lying about something small and stupid, he can just as easily lie about something big and significant. Once trust is broken, it can’t really be repaired. Also, if he’s not “technically” lying, but is hiding or twisting the truth, it’s essentially the same thing. You don’t have to deal with this crap. Move on.

What to do: Walk away. The key here is to see how he reacts to your departure. If you feel he is genuinely sorry, and won’t hurt you again, reconciliation can be a good option, especially if you’re married, have children or there are other circumstances that condone staying together. But if he doesn’t chase you down as you’re walking away, it was probably a good idea to leave.

What to do: If he’s saying or doing things you’re not ok with, tell him to stop. Don’t let anyone treat you like trash. Certain things are completely unacceptable but there are some behaviors that might not be so obvious. Until you’ve indicated that you’re offended or hurt, he’s not in the wrong because he obviously can’t read your mind. He might be deluded and think his behavior is ok. Basically don’t be a doormat and don’t let him do something you’re not comfortable with. If he doesn’t cooperate, give him an eyeful of your behind as you walk away.

What to do: He doesn’t listen to you. Everything you talk about and do is all about him. The truth is if he doesn’t care about what you have to say, he probably doesn’t really care about you. Let him keep talking, and meanwhile run. Sadly he may not even notice you’re gone.

Case #5: He consistently ignores you

What to do: He wants you by his side only when HE wants you by his side. He thinks that at all other times it’s ok to completely ignore you. I suggest you ignore him the next time he “needs” you. If he’s just so so so busy every time you need something, you’re clearly you’re not very important. People who care make time. That doesn’t mean you should milk it and force him to spend every waking moment with you, but there are certain minimums. Don’t waste your time on this selfish jerk.

Case #6: He doesn’t want to be seen in public with you

What to do: Don’t see him at all, whatever his reasons might be. It doesn’t even matter. What in the heck could possibly excuse this?

Case #7: He disappears. And reappears.

What to do: Obviously he’s not that interested because any man who’s really into you wants to see you all the time. The thing is he can only play this game as long as you play along. Decide if you’re ok with this yo-yo behavior and hold your ground. If you’re not cool with the Houdini antics, stop responding. When he sees this he’ll either disappear completely, or take you seriously.

Case #8: He refuses to commit

What to do: This one is a bit touchy. Relationships are all relative so if both parties are ok with non-commitment, it’s all good. It’s no one’s business to force commitment onto an otherwise happy couple with their own non-conformist ideals of happiness. However if a woman wants a more permanent commitment (and indicates her desire for one) and he doesn’t budge, you’re bound to think about what’s stopping him. Clearly there’s something you don’t see eye-to-eye on and maybe it’s time to reconsider the relationship. It might not be easy to face the facts but the faster you do so the quicker things will change, whatever that change may be.

What to do: If he’s in a relationship but he’s flirting with you, you’re both flirting with fire and this could blow up in your faces. The best thing to do is pay no attention to him. As a general rule, accept to be no man’s side-dish. If he’s married then he’s totally off limits and if he’s in a relationship, he should respect you (and the girlfriend) enough not to chase your tail despite being together with someone else. Respect yourself and walk away from this situation.

What to do: This might be the worst scenario of all. If someone isn’t attracted to you and rejects you, it hurts but is ultimately forgivable. If he’s a jerk on a regular basis, it’s not cool at all but he’s being an up-front jerk in your face. But a man who leads you on is a liar of the highest rank. He continues to plant seeds of hope in a woman’s mind, knowing that he never plans to be with her. This kind of a**hole knows he is one, and is fully aware of what he’s doing. He’s a narcissist feeding his own ego. Run as fast as you can and hide forever.