Chris Brown Fans Get Ready to Receive a “Fortune” 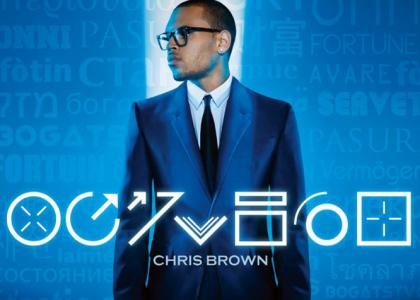 Ok so we are not really going to receive a fortune from Chris Brown but the R&B singer will be releasing his fifth studio album in May (May 8th to be exact), entitled “Fortune”. Following his recent Grammy comeback this is a perfect time for Chris to drop an album. I am sure he knows this, which is why he will soon give us “Fortune”, which is the title of his upcoming release.

Since Brown was arrested and pleaded guilty to beating ex-girlfriend Rihanna, in Feb. 2009, 22-year-old Chris has been trying to clear his tarnished image. He has publically apologized and has recently been reconciling with Rihanna as of last month. The songstress added her vocals on a remix of Brown’s new uptempo dance song “Turn Up The Music” while Brown lent his voice to Rihanna’s sexually-charged song “Birthday Cake.”

The new album “Fortune” will be released in two editions, standard and deluxe, with the latter featuring additional songs and a collectable cover. I personally think Chris Brown isn’t a bad guy and is a raw talent when it comes to hit making, dancing and performing. I predict that “Fortune” will be yet another successful album for Chris Brown.

What do you think BNLer’s, will “Fortune” be as good as and as successful as Brown’s Fourth album “F.A.M.E” or will his recently dropped bad rap have an effect on the album’s success? Let us know in a comment below…