The All Seeing Owl : “Bully a Bully” 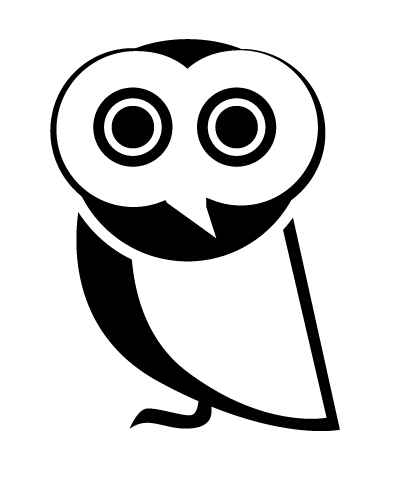 I am the all-seeing owl. An omni-retina that locates and exposes the rock bottom state that the people in our country have reached, the abducted rights, the abused privileges and above all, the forever declining sense of humanity

I was walking my dog, Anya, down the streets of Mar Mkhayel one night, and an everyday yet surreal scene struck me. It’s truly mind baffling how such decadent and inhumane behaviors get to be socially accepted and tolerated by force of habit and recurrence.

Anyway, there they were, 3 grown men, dripping testosterones and “wazwaz” attitude, slapping around a kid selling flowers to people passing by. Now I’m not gonna elaborate on the fact that a kid shouldn’t be doing this job to begin with, I’ve written a previous article about it (Kids On Sale). But the idea of 3 men, acting like a pinball machine, flipping the kid in between them, brought out every raging demon that might have laid within this “boumeh”.

The kid had reached a point that he stopped crying and was chocking deep sobs the hurt he was. And you can tell that it went beyond the physical. To a level that one day, him too, would wanna take his “revenge” from the society that did this to him. To this little boy, the chain of priorities got screwed up. Dignity and human decency are no longer up on the top. As a matter of fact, they have sank so low, that they are just a fuel burned to generate more anger and resentment towards everything around him.

When they saw me and Anya, they snapped, and in less then 5 seconds they disappeared into the alley behind. I’m sure it was the sight of Anya more than me, after all, she is a big dog. But unlike them, Anya is compassionate, aware of the length of her force and power, caring enough not to use it unless threatened. Anya doesn’t have the need to prove to herself or to others what she is capable of, for she has no inferiority complex.

As I approached the kid to check on him, he looked at me for a very long 3 seconds, and ran the opposite direction. It wasn’t because he was scared, it was because he had lost something that meant the world to him. I kept walking with Anya thinking to myself, what have become of our society? How low is too low? And then it dawned on me; We are the creators of all those social bi-products.

We created those bullies, rapists, and predators. One way or another, this society is responsible for all its residues. By not taking action from the beginning. By not taking a stand against everything that blemishes the true reason of our existence. By making excuses and turning the blind eye. By convincing ourselves that it’s not our fight. Well guess what, today it isn’t but you just wait and see. It’s a vicious cycle that won’t stop until it either gets to you and moves to the next victim, or until you decide to do something about it, right here, right now.

Karma is a B***H, and one day, just as you stood by and watched, someone will be standing by watching you. This “boumeh” calls out for whatever shred of humanity left in each and everyone of you, for every spec of decency roaming in your conscious souls; Don’t be passive in the face of injustice. They truly are more scared of you then you are of them. Don’t wait for a super hero to save the day, be one. It’s the small actions that make the big difference.

“Until the great mass of the people shall be filled with the sense of responsibility for each other’s welfare, social justice can never be attained – Helen Keller”