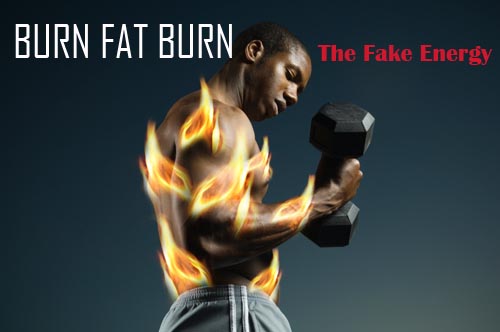 People usually search for the easiest and fastest way to lose the unwanted body fat. And the multi-billion dollar industries advertise their miracle products claiming that rapid fat loss is in fact possible and one can have a lean and sculpted body in less than 1 month. It’s about time to wake up… and separate truth from lies!

The Truth: There is no such thing as “wonder pills”
It’s a common myth that you can’t lose enough fat unless you take some fat burners and diet pills. You have surely heard about Lipo6, ThermoPro, Hydroxycut, Oxyellite Pro, Xenadrine, Metabolife, Thermo Lean and many others (all known as thermogenics), which are the most popular “fat burner” supplements in the market nowadays.

Do these brands actually boost up fat metabolism and enhance athletic performance as they claim? What are the dangers of such thermogenic fat burners?

The most popular magic pills ever in the market were certainly Ephedra or Ephedrine-based products that were introduced in 1993. Ephedrine is a type of drug based on a Chinese herb called Ephedra (a.k.a. MaHuang). Well, it’s similar to the chemical composition of amphetamines and it has metabolism- stimulating factors.

However, it was officially banned by the FDA and was actually taken off the market in 2004. One huge disadvantage that might have been disregarded by so many people is the addictiveness or the inappropriate abuse.

The Fake Energy: What Goes UP Comes DOWN

As a matter of fact, the smart body that can be prone to temporary rapid fixes, yet it will always fight back to keep homeostasis or natural sense of balance.

For each and every artificial “HIGH”, there is an equal or greater “LOW”.

Whenever you over-stimulate the body, it will react by delaying your natural metabolism in order to balance itself. Accordingly, if you discontinue using the stimulant, your metabolic rate will be very slow that you might even gain back more weight. This will absolutely make you use more of the “fake” supplements and the addiction arises here. Be careful!

After Ephedra-containing packs were pulled away from the market by FDA, many companies changed their strategy by introducing “Ephedra-Free” fat burners as a new promising mode of income.

Some of them claimed the following:

Liquid-X: The next generation of thermogenic technology!

The producers of the supernatural pills were clever enough to use watered-down alternatives for ephedrine (not even fully tested!). Up till now the big promises and the huge buzz can make customers fall for these useless products.

Stay Away From Serious Fat Killers

The serious fat killers can be temporary quick fixes but they won’t help in the long run since you are just handling the symptoms. Fat in the body is generally an indication of a complicated issue with several causes like poor nutrition, inactivity, unhealthy lifestyle or even stress.

Keep in mind that fat burners are by no means “magic” fat-loss supplements; they are in reality dangerous and deadly over-hyped drugs. MIRACLE PILLS DO NOT EXIST. Nothing can ever substitute a healthy diet and work-out plan!!

Newer Post Sunday Lunch or a Day at the Beach? Finally a Place that Offers Both
Older PostMiley Cyrus Engaged!?