BeirutNightLife.com Brings You the Official Lebanese Top 20 the Week of January 13th, 2013! 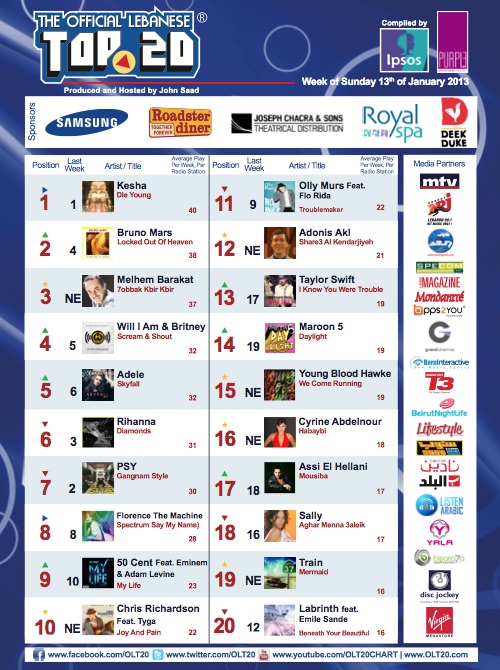 For the second Official Lebanese Top 20 of the year 2013, it’s pretty much back to business, with renewed chart action! 6 new entries this week, and a lot of movement. At the top of the listings it’s the American recording artist KeSha who manages a 3rd week at number 1 with her latest single “Die Young” from her new Album “Warrior”. Will she be able to stay on top for an extra 4th week? We think it’ll be hard as Melhem Barakat’s new single “7obbak Kebir Ktir” is the week’s highest new entry at #3.