BeirutNightLife.com Brings You the Official Lebanese Top 20 the Week of August 31, 2014 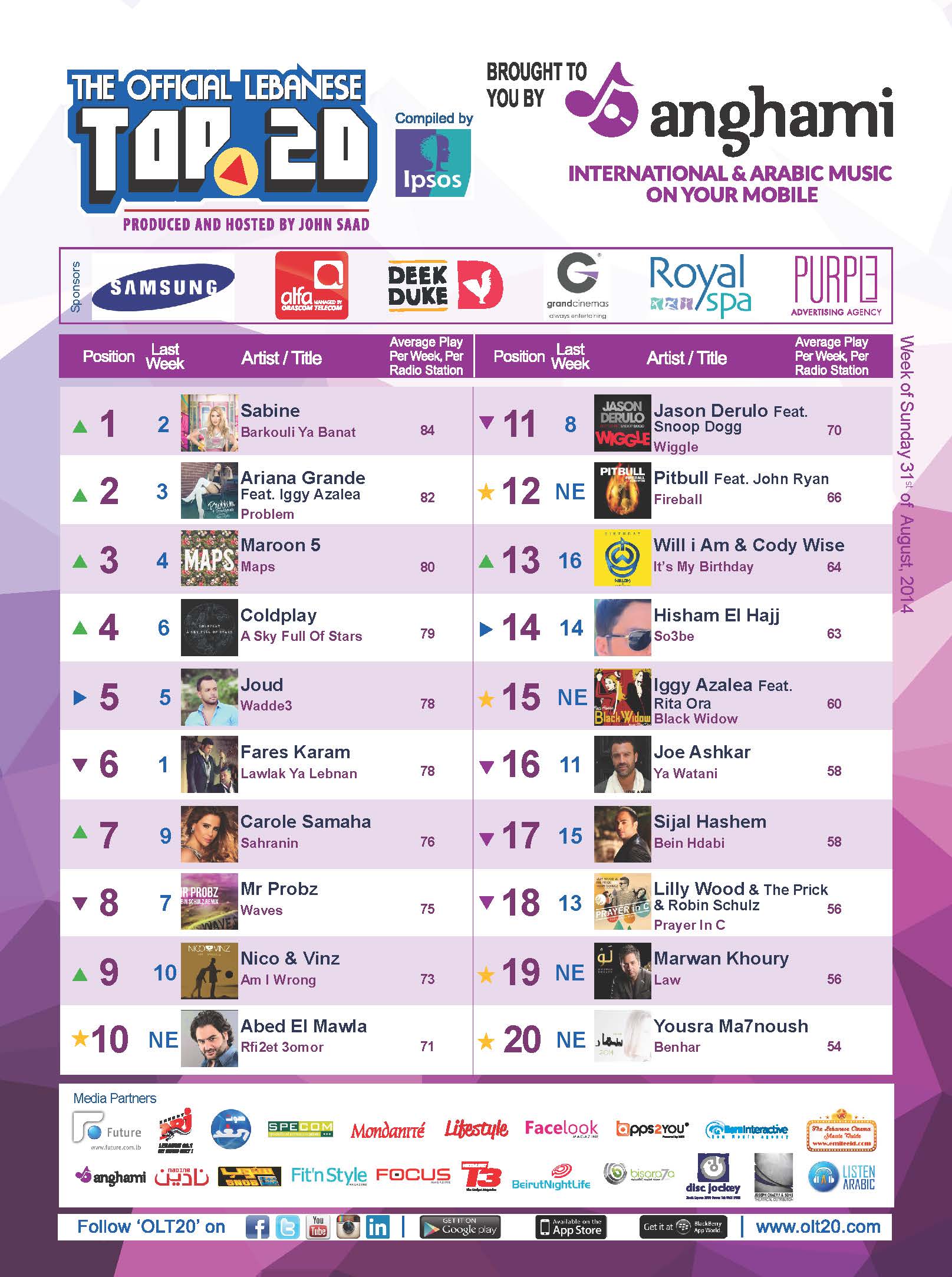 This week marks the 9th week in which we’ve introduced the new OLT20 compilation formula which now takes into account the Anghami Lebanon streaming figures. The OLT20 Chart figures are now based on Lebanese Radio Airplay as usual, but also on the Anghami Streaming Figures, all compiled by Ipsos Lebanon’’.. This of course enables The Official Lebanese Top 20 to become even more representative of the Lebanese music scene.. Soon, and within the next few months, we will also include the real actual Downloads from the iTunes Lebanese store into the OLT20 Chart figures as well.

On OLT20 this week we have 10 Local or Regional artists, and 10 Occidental ones for the 1st time ever! Note that you can check out the latest videos from your favorite singers on the TV show “Hits N Bits / OLT20” on Future TV every Friday evening around 11:00pm, and Sunday evening at around 7pm for the re-run. Check the new & complete OLT20 chart by clicking on www.olt20.com now, or via the OLT20 App available for Download on all Platforms.

Newer Post Thrills at the Rally of Lebanon Sponsored by Total Liban
Older PostWin Tickets to See Sin City: A Dame to Kill For at VOX