It’s Monday! Time for another awesome edition of the Official Lebanese Top 20 Chart, so here we go… After all the big changes of last week on The Official Lebanese Top 20, there’s more of the same this week as well with a lot of movement, plenty of New Entries, and a growing number of local artists in the listings.. 10 from Lebanon and 10 Occidental ones. A big first! At the Top of OLT20 we find “Gangnam Style” from Korean singer PSY who replaces Nancy Ajram who gave us a very nice interview last week on the show…”Gangnam Style” is also number one in most European Countries, and is now Officially the most “Liked” song on YouTube Ever!! Amazing feat!! Among the Chart climbers we find “Ya Ana Ya Ana” from Layal Abboud, and “Woslit La 7adda” from Michel Azzi. Both Layal & Michel were this week’s guests on the Radio Show! Among the New Entries for this week we have at #5 “Diamonds” from Rihanna at #8 “Osotna 7abayna” from Carlos Azar, at #12 “Try” from Pink, and at #13 “BektobEsmik Ya Bladi” from Joe Ashkar. Finally note the nice jump to #6 of “Your Body“, Christina Aguilera’s new Single.

Check the new & complete OLT20 chart by clicking on www.olt20.com

Finally, note that OLT20 can be heard every Sunday from 7pm on Sawt El Ghad 96.7FM, and every Monday from 7pm on NRJ Lebanon 99.1FM ! – It is also played on daily basis as a compact Top 20 Countdown on MTV Lebanon, and published weekly via all the 21 Media Partners (Dailies, Weeklies, Monthlies, Online, Outdoor, OLT20 Mobile App, and on Location)… 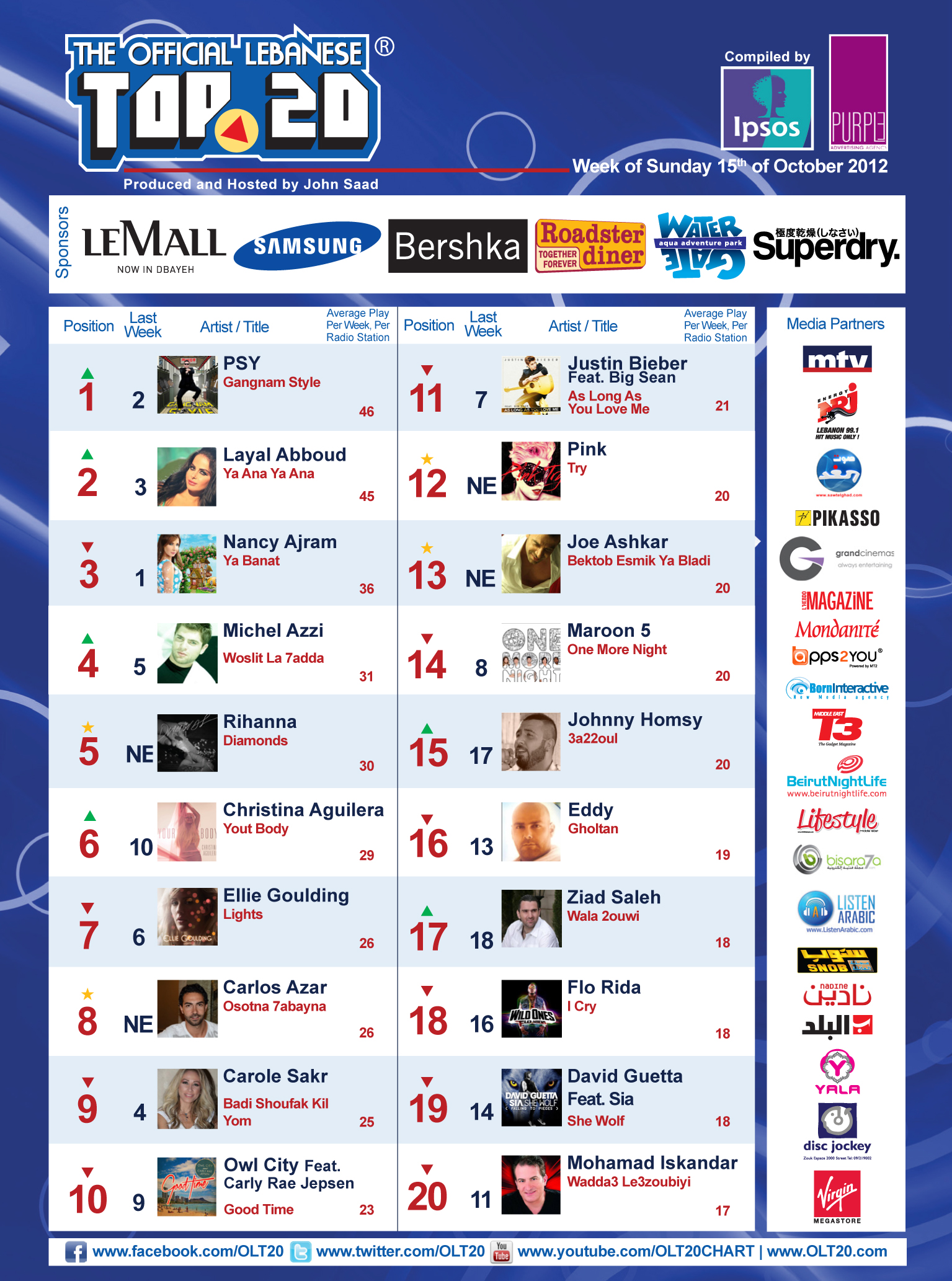