Ready for another week of chart topping music? Great because it’s Monday…That means the Official Lebanese Top 20 is here!

A lot of changes this week on The Official Lebanese Top 20 with no less than 5 New Entries, an amazing number of local songs, and finally a huge jump from a Korean singer! No change though for the Top of the Chart still dominated for the 2nd week in a row by “Ya Banat” from Lebanese sensation Nancy Ajram who was one the week’s guest on the Combined OLT20 Radio Show. She told us about all her current projects, her next single, and her participation to the TV show “Arab Idol”, soon.. On the New Entries side, we have “Bad 2012” from Michael Jackson & Pitbull at #19, “Baddi Choufak Kil Yom” from Carole Sakr at #4, “Woslit La 7adda” from Michel Azzi at #5, “Your Body” from Christina Aguilera at #10, and “Ya Ana Ya Ana” from Layal Abboud who will be the guest on next week’s show at #3. Finally note that the jump of the week from #9 to #2 comes from Korean act PSY with “Gangnam Style” the potential chart #1 of the next couple of weeks..

Check the new & complete OLT20 chart by clicking on www.olt20.com Finally, note that OLT20 can be heard every Sunday from 7pm on Sawt El Ghad 96.7FM, and every Monday from 7pm on NRJ Lebanon 99.1FM ! – It is also played on daily basis as a compact Top 20 Countdown on MTV Lebanon, and published weekly via 21 Media Partners (Dailies, Weeklies, Monthlies, Online, Outdoor, OLT20 Mobile App, and on Location)… Enjoy! 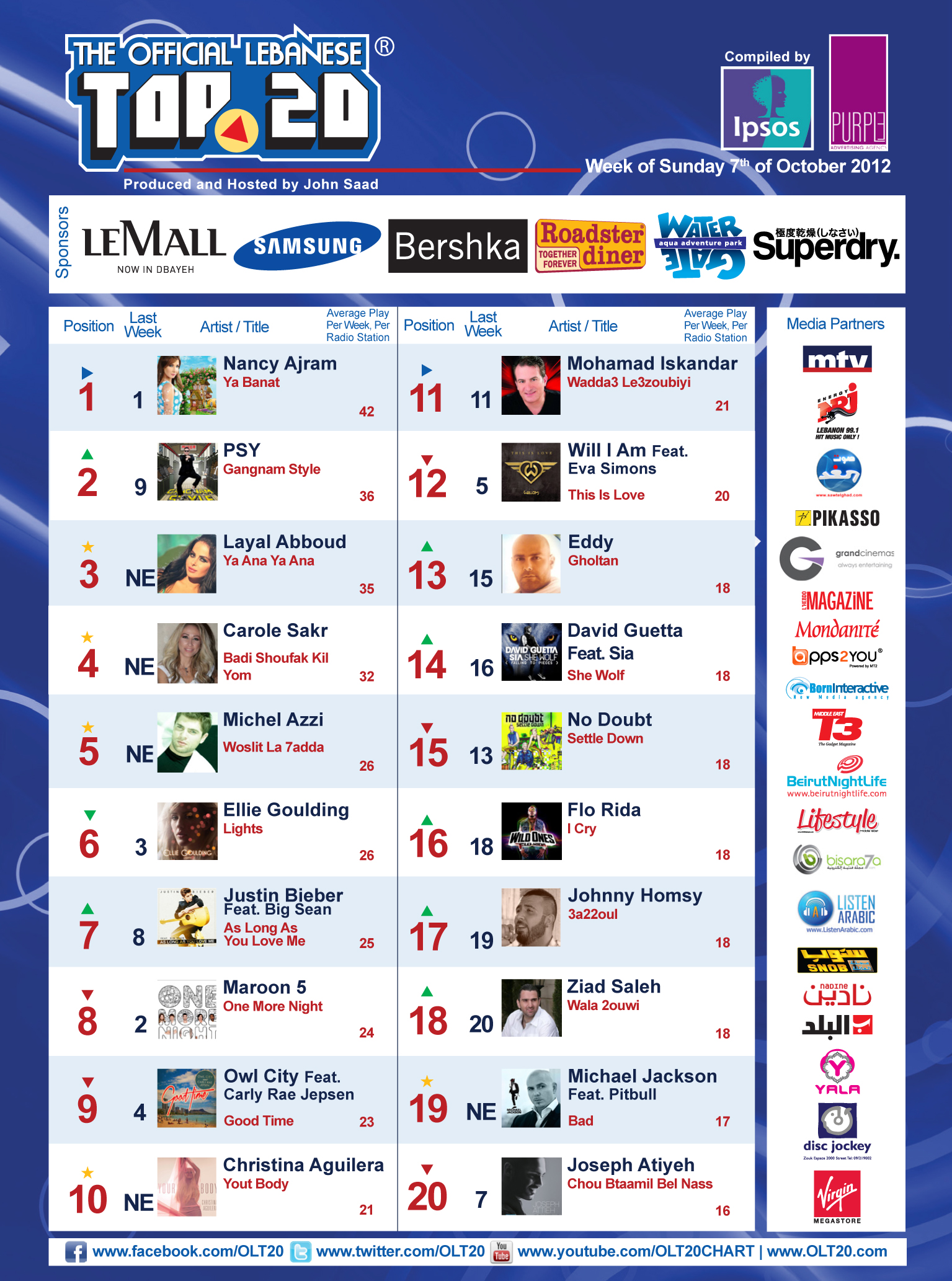